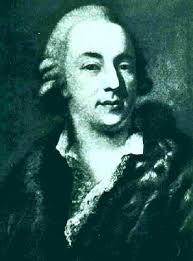 One cannot use ‘sex’ in the title of a blog or company email filters will pick it up as spam. So while our title today focuses on Casanova and lust, this post will focus on sex. Yesterday, an article in the Sunday New York Times (NYT) entitled “Strauss-Kahn Say Sex Parties Went Too Far, But Lust Is No Crime” caught my eye. In the article reporters Doreen Carvajal and Maia de la Baume detailed the libertine sex life of the former Managing Director of the International Monetary Fund (IMF) Dominique Strauss-Kahn (DSK).

It turns out that DSK’s little tryst with the maid in the hotel in New York was but a small sampling of his escapades. According to the NYT article, “The exclusive orgies called “parties fines” — lavish Champagne affairs costing around $13,000 each — were organized as a roving international circuit from Paris to Washington by businessmen seeking to ingratiate themselves with Mr. Strauss-Kahn. Some of that money, according to a lawyer for the main host, ultimately paid for prostitutes because of a shortage of women at the mixed soirees orchestrated largely for the benefit of Mr. Strauss-Kahn, who sometimes sought sex with three or four women.” Apparently such events had a long and treasured history in France where “Libertinage” goes back to the 16th Century.

According to DSK he said, “I long thought that I could lead my life as I wanted,” in an interview with the French magazine Le Point. “And that includes free behavior between consenting adults.” Ah those French. Where is Casanova when you need him to explain how a Frenchman needs a little liaison with 3 or 4 women now and again?

However, it turns out that our Libertine DSK was not exactly paying for ‘services rendered’. These sex romps cost a lot of money, as stated in the NYT article, over $13,000 per event. The events started out with lavish dinners and then couples would pair off and pair off and pair off. (Cue the Viagra pop-up ad now.) More ominously, DSK did not pay for these events himself. The NYT article quoted Karl Vandamme, a defense lawyer who represents Fabrice Paszkowski, the owner of a medical supply company who played a crucial role in organizing the sex parties. “Libertines are people like you and me: people who have a normal life,” said Mr. Vandamme, who said his client invested around $65,000 in party expenses, betting on the political rise of Mr. Strauss-Kahn.” (Emphasis mine)

So what is the Foreign Corrupt Practices Act (FCPA) compliance angle here? I think that everyone would agree that providing prostitutes to foreign governmental officials to obtain or retain business would be a violation of the FCPA. But here there are a couple of points that I found of interest far beyond simply providing hookers.

The first is who precisely does the FCPA cover? Certainly it covers foreign governmental officials and I would certainly argue that it covers employees of state owned enterprises and it does cover other persons as well. Under the FCPA officers or employees of public international organizations are covered. The definition reads as follows:

For purposes of this section:

The IMF is a public international organization. Prior to becoming the Managing Director of the IMF in 2007, DSK was active in French politics, holding several government offices and even unsuccessfully running for the Socialist Party candidate for President in 2007. He was the Managing Director of the IMF from 2007 until he resigned after having been accused of sexual assault by a hotel maid in New York City in 2012.

So our Libertine friend DSK could be covered by the FCPA if a US company was participating in conduct which would violate the FCPA. One person was quoted in the NYT article that his client, both personally and through his company, invested money to pay for the sex romps “betting on the political rise” of DSK. The FCPA makes illegal “use of the mails or any means or instrumentality of interstate commerce corruptly in furtherance of an offer, payment, promise to pay, or authorization of the payment of any money, or offer, gift, promise to give, or authorization of the giving of anything of value” which are intended to do any of the following:

Here we have clients paying for lavish gift parties, which I would argue are per se unreasonable under the Gifts and Entertain affirmative defense under the FCPA. (No snickers here please as I am not arguing that a $100 for hooker is reasonable.) Further, the clear intent of at least the client of the above quoted Mr. Vandamme was “betting on the political rise of” DSK. Think the client, Fabrice Paszkowski, the owner of a medical supply company, was just shelling out that kind of money so DSK could ‘enjoy himself’ or is it more probable that Paszkowski, would expect to “obtain or retain” some business or other benefit from his now sated buddy DSK?

There are several learning moments from the fall of DSK and FCPA compliance. The first is to remember that the FCPA covers more than simply foreign government officials and employees of state owned enterprises. As stated it also covers officers and employees of public international organizations. It is even broader as it also covers political parties and those seeking political office in foreign countries. The DSK Libertine Sex Party lifestyle also reminds us that the FCPA not only prohibits bribes paid in cash but the ubiquitous “anything of value”. (And no I am not going to debate whether having sex with four partners a night is “anything of value” particularly if Viagra is included in the cost.)

It could certainly be interesting if the names of any companies subject to the FCPA come up in the ongoing investigation into DSK.