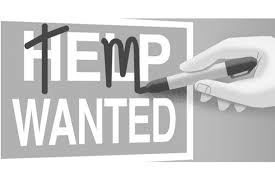 The short autumn of our discontent is over as the United States has ended one of its greatest national convolutions of recent memory. Am I speaking of the attack on the US Consulate in Libya; the current stalemate of US politics and the Presidential race or the upcoming financial cliff on which the US may dive over on December 31?

No, I am talking about the debacle of replacement referees by the National Football League (NFL). After an eight week lockout by management, including three regular season games, the results were so catastrophic for America that the NFL finally game to its senses and settled the labor dispute.

How bad was the fallout? So bad that the controversy not only made the front page of the Financial Times (FT) last week but it also made the FT’s Op-Ed page on September 29, in a piece written by FT Senior Editor Christopher Caldwell, in an article entitled “NFL falls foul of the ‘drunken Santa’ problem”. Caldwell used the (unfortunately) well known fact of US department stores hiring alcoholics to pose as Santa Claus during the Christmas holidays as the lead in for a discussion of “O-Ring Theory of Economic Development” as articulated by Michael Kremer. Kremer’s thesis is that in “high-value added fields, where one malfunction in a complex chain can destroy all value, special rules apply.” This leads to the concept, found in the employment relations context, where there is a “positive correlation between the wages of workers in different occupations within enterprises.”

I would add one additional corollary to the above. That is training. The replacement referees obviously did not know the rules and when they did know the rules, they had great trouble applying them in game situations. In other words, they had not been properly trained.

Why is training of temporary employees important in the context of an anti-corruption/anti-bribery compliance program? I would point to the ongoing Foreign Corrupt Practices Act (FCPA) investigation into the activities of Hewlett-Packard (HP) as the Poster Child for training of temporary (or contract) employees on your company’s anti-corruption, anti-bribery program. As reported by Karin Matussek of Bloomberg News on September 13, 2012 three former HP managers were charged in Germany in a corruption investigation over improper payments made to win a €35 million ($45 million) sale of computers to Russia about nine years ago. One of the ex-managers charged is a Finnish woman; the other two are men, one American and one German. The German authorities started their probe back in 2009, after provincial tax authorities found, in a routine audit of an unrelated company, evidence of payments for which “real use could be established for some payments found in the accounts. The owner of that company was charged.” German Prosecutors also requested and received permission from the Court to make HP an associated party to the case. Prior to the Court ruling on this request, Matussek quoted Wolfgang Klein, spokesman for Saxony’s Chief Prosecutor’s Office, who told her that “If the court grants that request and the allegations are proved, Hewlett-Packard’s profits from the transaction may be seized”.

The HP story was broken in the US by the Wall Street Journal (WSJ) in April, 2010. In the article it was reported that one witness said that the transactions in question were internally approved by HP through its then existing, contract approval process. Mr. Dieter Brunner, a bookkeeper who is a witness in the probe, said in an interview that he was surprised when, as a temporary employee of HP, he first saw an invoice from an agent in 2004. “It didn’t make sense” because there was no apparent reason for HP to pay such big sums to accounts controlled by small-businesses. He then proceeded to say he processed the transactions anyway because he was the most junior employee handling the file, “I assumed the deal was OK, because senior officials also signed off on the paperwork”.

Think what position HP might be in today if this temporary employee had been trained on the company’s system for internally reporting compliance issues? If Brunner had escalated his concern that the payment to the agent “didn’t make sense” perhaps HP would not have been under investigation by governmental authorities in Germany and Russian. In the United States, both the Department of Justice (DOJ) and Securities and Exchange Commission (SEC) have announced they will also investigate the transaction, which it can only be supposed are for potential FCPA violations. While HP has not made any public announcements regarding the costs of the investigation date, it can only be speculated that the costs are in the millions because HP is the subject of investigations in at least three separate jurisdictions, the US, Germany and Russia, regarding the transaction at issue. Further, HP is now investigating other international operations to ascertain if other commissions paid involved similar allegations of bribery and corruption as those in this German subsidiary’s transaction.

Training is recognized as one of the points in the 13 point minimum best practices compliance program as delineated by the DOJ and as one of the elements under the US Sentencing Guideline’s Seven Elements of an Effective Compliance Program. It is also recognized in Principle 5 of the Six Principles of an Adequate Procedures compliance program as set out by the UK Ministry of Justice (MOJ). Lastly, it is recognized by the OECD in its 13 Good Practices for Internal Controls, Ethics and Compliance.

When refereeing a sporting event, one has to know the rules and how to apply them. What were the real referees doing while the NFL had locked them out? They were training. Each week, they took a written test on the rules of football. Each week they studied the games which were played for issues that arose. In other words, during the NFL lock-out of its referees, the referees were still training. This ongoing training for the real referees was nothing new or different than they have traditionally done as they did so when a contract existed and they were working NFL games.

I understand that compliance training fatigue can set in if such training is given too often. However companies need to realize that when professionals handle job duties which are high risk within the context of a FCPA or UK  Bribery Act compliance regime; there must be training on not only the specifics of a company system but also on how to escalate a concern. Think about where HP might be right now if the contract accountant had been trained on how to use the company hotline.

So the autumn of our discontent has turned into glorious fall colors with the return of the real referees. But for the compliance professional, the real lesson is training. Coupled with the ongoing HP FCPA investigation matter as a teaching moment, I would suggest that you review how many contract employees your company has in high risk compliance positions. Do not simply look at persons in the sales chain but also those in positions who may be reviewing high risk transactions. Do you have any contract accountants, such as HP had in its German subsidiary? How about contract attorneys or even outside counsel reviewing such transaction? What about contract personnel in internal audit? If so, have they been trained on your company’s compliance program and how to escalate a concern?

I hope that you will consider these questions before you end up as a national laughingstock or on the front page of the FT.

The Spirit of Compliance

Glengarry Glen Ross and the Internal Marketing of a Compliance Program

‘You Scratch My Back’ Leads to a Fine and Penalty