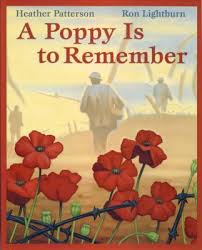 Ed. Note-we continue our series of guest posts from our colleague Mary Shaddock Jones, who today looks at Joint Ventures and has some pointers for avoiding pitfalls under the FCPA.

In December 2010, RAE Systems Inc., a publicly-traded U.S. corporation headquartered in San Jose, Calif., has entered into an agreement with the Department of Justice to pay a $1.7 million penalty for violations of the Foreign Corrupt Practices Act. According to information contained in the non-prosecution agreement (NPA), RAE Systems developed and manufactured rapidly deployable, multi-sensor chemical and radiation detection monitors and networks.   From 2005 to 2008, the company had significant operations in the People’s Republic of China (PRC), and sold its products and services primarily through two subsidiaries organized as joint ventures with local Chinese entities: RAE-KLH (Beijing) Co. Limited (RAE-KLH) and RAE Coal Mine Safety Instruments (Fushun) Co. Ltd. (RAE Fushun).

As to RAE-Fushun, the NPA states that “RAE Systems did not conduct pre-acquisition corruption due diligence of RAE Fushun” but that “given RAE’s System’s experience with KLH described above, the high-risk nature of the location, and the existence of numerous government customers, pre-acquisition corruption-focused due diligence was merited. The NPA further states “as was later confirmed, improper business practices had occurred at RAE Fushun before the acquisition and continued post-acquisition, as RAE Systems failed to implement an effective system of internal controls at RAE Fushun.”

The practical pointer for today’s blog is this – FCPA issues can arise in joint venture transactions.  In certain circumstances, it may be necessary to have a “local partner” in order to access local labor, equipment, financing or other resources.  In other instances, you may not be able to work in a particular location without contracting with an arm of the local government.  What types of joint ventures is your company engaged in?  Joint Ventures can take a wide array of forms, from the simple contractual agreement relating to a single project wherein each partner undertakes to perform certain activities and receive certain benefits and compensation in return, to the formation of a new legal entity with joint management shared between the partners.  A joint venture can be modified even further by differentiating partners as either active or passive. Although there is a wide variance in how joint ventures can be structured, the key to remember is that by entering into a joint venture each partner becomes potentially exposed to the FCPA liabilities created by the acts of the other partner.

Joint Venture arrangements are particularly common in the oil and gas industry.  In January of this year, Marubeni Corporation agreed to pay a $54.6 million criminal penalty to resolve FCPA related charges for its participation in a decade-long scheme to bribe Nigerian government officials to obtain engineering, procurement and construction contracts. According to court documents, Marubeni was hired as an agent by the four-company joint venture TSKJ, to help TSKJ obtain and retain EPC contracts to build liquefied natural gas (LNG) facilities on Bonny Island, Nigeria, by offering to pay and paying bribes to Nigerian government officials, among other means. TSKJ was comprised of Technip S.A., Snamprogetti Netherlands B.V., Kellogg Brown & Root Inc. and JGC Corporation.  Between 1995 and 2004, TSKJ was awarded four EPC contracts, valued at more than $6 billion, by Nigeria LNG Ltd. (NLNG) to build the LNG facilities on Bonny Island.  The government-owned Nigerian National Petroleum Corporation (NNPC) was the largest shareholder of NLNG, owning 49 percent of the company. Ultimately, the total fines and penalties arising out of the TSKJ joint venture amounted to $1.7 Billion Dollars.

In all of the examples provided above, the Nigerian National Oil Company held the majority ownership in the joint venture, but this fact alone does not release the minority owners from the risk of FCPA liability.  The Anti-Bribery provisions of the FCPA prohibit improper payments on behalf of the joint  venture entity even if the U.S. partner is not the majority holder of the venture.  Under the FCPA’s accounting provisions, which only apply to issuers, an issuer that owns a minority interest in a joint venture may also be liable under accounting provisions. The issuer may, however, avoid liability by demonstrating that it undertook “good faith efforts” to “use its influence, to the extent reasonable under the issuer’s circumstances,” to cause the joint venture to implement controls designed to ensure compliance with the accounting provisions.  15 U.S.C. § 78(m)(b)(6).

On November 8, 2006, Wal-Mart expanded its operations internationally into Canada.  As most of you know, six years later, in 2012, Wal-Mart found itself embroiled in an FCPA investigation due to its expansion into Mexico.  Tomorrow, November 8th, we will examine some lessons learned from Wal-Mart’s investigation.  Stay Tuned.

Farewell to V.S. Naipaul and Creating Priorities in Your Compliance Program

Is Water Wet or is Jack Webb Still ‘The Man’?