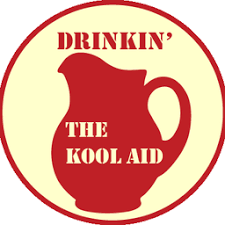 Last week the FCPA Professor wrote, in a post entitled “Stop Drinking The Kool-Aid”, about the Declination to Prosecute that Morgan Stanley received from the Department of Justice (DOJ) in the affair involving the Morgan Stanley Managing Director Garth Peterson and his self-admitted Foreign Corrupt Practices Act (FCPA) violation. Once again showing that sometimes the Professor and I look at (or read or hear) the same thing and come to different conclusions, as I would posit that the Morgan Stanley Declination was the most significant FCPA enforcement (or perhaps non-enforcement) matter of 2012 to date.

One of the things that I learned in my years as a trial lawyer was that in the litigation realm, every time you open your mouth to the other side, file a pleading, say something in court or in any other way communicate you are providing information to the other side. Sometimes you do so by design and sometimes not. I was taught the art of advocacy for trial lawyers but I was also taught that the art is listening is equally important. This long ago training still forms the prism of how I view things up to this day, practicing law and compliance.

One of the frustrations for any compliance practitioner or indeed business executive trying to comply fully with the FCPA is the dearth of case law precedent to draw from in guiding a best practices compliance program going forward. There are, however, other types of information which compliance practitioners can draw upon such as Opinion Releases, enforcement actions involving Deferred Prosecution Agreements (DPAs) and Non-Prosecution Agreements (NPAs) and talks by DOJ and Securities and Exchange Commission (SEC) [more about the speeches later] and now we have a new source of information – Declinations to Prosecute.

In his post the Professor notes that Peterson engaged in the following conduct:

Penultimately, the Professor adds that in the DOJ Press Release regarding this prosecution, Assistant Attorney General Lanny Breuer said “Mr. Peterson admitted … that he actively sought to evade Morgan Stanley’s internal controls in an effort to enrich himself and a Chinese government official.” Finally, the Professor wrote “An experienced FCPA practitioner, who otherwise holds Breuer in high regard, recently told me that Breuer’s recent speeches on Morgan Stanley’s so-called declination are a “joke.” [Italics mine] I cannot opine on whether there were sufficient facts to support any enforcement action against Morgan Stanley. However, I can state what happened at the end of the day and that was that Morgan Stanley was not prosecuted.

Moreover after reading the Peterson Information (the Professor always embeds links to all relevant documents) it demonstrated the robust nature of Morgan Stanley’s compliance program. Most compliance practitioners are well aware of the factors set out in the DOJ/SEC Press Releases on the Declination to Prosecute, which are:

(1)    Morgan Stanley trained Peterson on anti-corruption policies and the FCPA at least seven times between 2002 and 2008.

(3)    A Morgan Stanley compliance officer specifically informed Peterson in 2004 that employees of Yongye, a Chinese state-owned entity, were government officials for purposes of the FCPA.

(5)    Morgan Stanley required Peterson on multiple occasions to certify his compliance with the FCPA. These written certifications were maintained in Peterson’s permanent employment record.

(6)    Morgan Stanley required each of its employees, including Peterson, annually to certify adherence to Morgan Stanley’s Code of Conduct.

(7)    Morgan Stanley required its employees, including Peterson, annually to disclose their outside business interests.

(8)    Morgan Stanley had policies to conduct due diligence on its foreign business partners, conducted due diligence on the Chinese Official and Yongye before initially conducting business with them, and generally imposed an approval process for payments made in the course of its real estate investments.

However, found in the Peterson Information is an entire treasure trove of detail. So from that Information we learn the following:

Regarding transaction monitoring, Morgan Stanley engaged in controls to detect and prevent improper payments. These controls required multiple employees to be involved in the approval of any payments above the specific amounts that were mandated in various contracts between Morgan Stanley and outside companies or individuals. Payments above these amounts could not be made until the following procedures, among others, were completed: an asset manager or acquisition-team member familiar with the project activities drafted a contract for the payment; a junior asset manager or junior acquisition-team manager initiated the payment process and sought approval; and an officer-level asset manager or acquisition-team manager with the title of vice-president or above had approved the payment.

So when I look at Morgan Stanley’s Declination I see information. It is information that the compliance practitioner can use in his or her company’s compliance program. As for Lanny Breuer saying “”Because Morgan Stanley voluntarily disclosed Peterson’s misconduct, fully cooperated with our investigation, and showed us that it maintained a rigorous compliance program, including extensive training of bank employees on the FCPA and other anti-corruption measures, we declined to bring any enforcement action against the institution in connection with Peterson’s conduct.  That is smart, and responsible, enforcement.”; I say that he needs to keep providing this information because these are the facts on the ground.

Which brings me to my next topic, also recently considered by the FCPA Professor in a post entitled “It Ought To Stop”, of the FCPA conference circuit. For the record let me say that I detest paying $2000 to $4000 to attend anything other than a vacation with my wife. In his post the Professor posed four questions, which I will try and answer in turn.

The Professor raises another point that bears comment. That is sponsorship of events. These events are all pay-to-play and they are big bucks for everyone. Are they marketing? Absolutely. Do I hate it that sponsors can knock me off any chance of speaking because they perceive me as competition? You bet I do. For instance ACI has never even contacted me to speak at the ACI Boot Camp in Houston. You might think that for one of the top events on Houston they might at least even approach me to speak. But obviously some sponsor doesn’t want me anywhere near that podium. But here is the rub; it is one of the best FCPA events held in Houston. Is it in my personal self-interest to pay and attend, absolutely and I will do so again in 2013. After all ACI is in this field to make money.

So did I drink the Kool-Aid? That is up for you to decide. But I think that the DOJ provided solid information to the compliance practitioner in the Morgan Stanley Declination and the Peterson Information. As to whether any of the DOJ/SEC folks should attend ‘for pay’ conferences and provide additional information to the rest of us I can only quote Captain Jean-Luc Picard- ENGAGE.

Everything Compliance-Episode 8, DoJ Evaluation of Corporate Compliance Programs, Part I

The Engineer’s Thumb and How to Bribe

Ken Adam and the Imagination of Reality – Corporate Governance