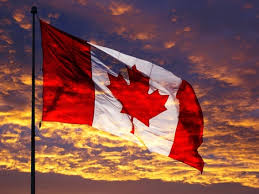 Ed. Note-today we are pleased to have a guest post from two of our colleagues from north of the border, Paul Michael Blyschak and John W. Boscariol both partners at the law firm of McCarthy Tétrault.

Over the last year and a half, Canadian corporate culture has been undergoing significant change in response to new and vigorous enforcement of the Corruption of Foreign Public Officials Act (CFPOA) by the Royal Canadian Mounted Police (RCMP) and Crown prosecutors. The widely publicized guilty plea of Niko Resources Ltd. in June of last year and ongoing RCMP investigations into the activities of a number of other Canadian companies serve as stark warnings of the costs of non-compliance. With an additional 30 or so RCMP investigations underway, Canadian companies are moving quickly to implement and enforce specially designed anti-corruption policies and procedures as well as transactional risk mitigation strategies.

On November 14, 2012, these efforts received welcome assistance through the publication by the United States Department of Justice (DOJ) and the Securities and Exchange Commission (SEC) of the Resource Guide to U.S. Foreign Corrupt Practices Act 1(Guide). At 120 pages, the Guide is a comprehensive collection of DOJ and SEC precedent and policy in respect of the Foreign Corrupt Practice Act (FCPA), complimented by hypothetical case studies as well as summaries of U.S. FCPA jurisprudence. Although the Guide does not contain any surprises, it is a very helpful tool for Canadian companies with overseas operations. While they are different statutes that are enforced by different national regulators, in many respects the CFPOA and the FCPA mirror each other closely in substance. There has also to date been every indication, including numerous elements of the order issued by the Court reviewing the Niko Resources guilty plea (the Niko Order), that Canadian and U.S. authorities work together closely in their anti-corruption enforcement efforts. For a further review of the Niko case and its implications for Canadian companies, see A Deeper Dive Into Canada’s First Significant Foreign Bribery Case: Niko Resources Ltd.

Notably, in the Niko case U.S. precedents were referred to in determining appropriate penalties and the probation order very closely matched those used by U.S. authorities in deferred prosecution and non-prosecution agreements under the FCPA. Accordingly, U.S. developments can be an important consideration for Canadian companies trying to understand or anticipate developments under the CFPOA here in Canada. Of course, Canadian companies may also be directly subject to broad FCPA jurisdiction, including where they are listed in the United States or carry on certain business or transactions in or through the United States.

Towards this end, we note that the Guide addresses the following issues of particular relevance to Canadian companies with overseas operations:

Overall, the Guide will undoubtedly serve as a useful resource for both U.S. and Canadian companies grappling with the complexities of foreign corruption risk. As highlighted by the U.S. Chamber of Commerce in a letter to the DOJ and the SEC in anticipation of the Guide,2since anti-corruption compliance can unfortunately be a costly matter, any clarification of the scope and substance of anti-corruption law is appreciated insight.

That said, Canadian companies need to keep in mind that even though the CFPOA and the FCPA closely mirror one another in many respects, important differences between the statutes do exist and can significantly affect how potential non-compliance is addressed in each country. Furthermore, Canadian companies should note that the CFPOA is not enforced in a vacuum, and that various principles of related Canadian legal disciplines, including corporate law, criminal law, securities law and jurisdictional law, will also need to be taken into consideration when judging the full scope of the statute’s application.

Creating Better Data Science in Compliance – Tying it all Together