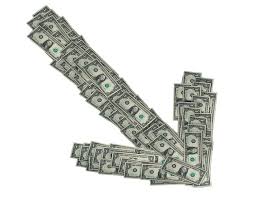 So who do you think had the better day – the Houston Astros Monday or Wal-Mart Tuesday? Yesterday, the Astros announced the signing of Carlos Pena to be their Designated Hitter (DH) for the 2013 season. Pena’s 2012 average – a whopping ‘buck ‘97’; Yes sports fans the Astros have signed a DH who hit below the dreaded Mendoza Line for the past season. How is that for a strong opening move as the Astros move to the most talented Division in baseball? Anyone out there have the smallest inking that the Astros are ‘racing to the bottom’?

Nevertheless the Astros DH move probably pales with the PR debacle that Wal-Mart is facing today as the New York Times (NYT) once again, with superior reporting, had a story, entitled “The Bribery Aisle How Wal-Mart Used Payoffs To Get Its Way in Mexico”, above the fold on its front page on alleged bribery and corruption engaged in by Wal-Mart’s Mexico subsidiary. Reporters David Barstow and Alejandra Xanic von Bertrab did extensive research to find out not only the alleged amounts of bribes paid but also to whom, and the benefits that Wal-Mart allegedly received back in return.

So reviewing the types of activity that fall under the Facilitation Payment exception to the US Foreign Corrupt Practices Act (FCPA) we find the following:

… “shall not apply to any facilitating or expediting payment to a foreign official, political party, or party official the purpose of which is to expedite or to secure the performance of a routine governmental action . . .”

The recent Department of Justice (DOJ) Guidance on the FCPA included a list of actions which are ordinarily and commonly performed by a foreign official and would fall within the definition of a facilitation payment. Also remember that the facilitation payment only applies for a “non-discretionary governmental action”.

Of course all proper facilitation payments must be recorded as facilitation payments. Further, as stated in the Guidance, “Whether a payment falls within the exception is not dependent on the size of the payment, though size can be telling, as a large payment is more suggestive of corrupt intent to influence a non-routine governmental action. But, like the FCPA’s anti-bribery provisions more generally, the facilitating payments exception focuses on the purpose of the payment rather than its value.” Based upon the facts set forth in the NYT article, it does not appear that the payments made were ‘non-discretionary’ or were not made without corrupt intent.

Are there any examples, either in Opinion Releases, enforcement actions, DOJ pronouncements or anything else that the payments by Wal-Mart were legal under the FCPA? I would have to give a resounding NO to my own question. The FCPA Professor did cite to three Opinion Releases in his post yesterday, entitled “Wal-Mart Again On The Front Page Of The New York Times”. They dealt with charitable donations under the FCPA and one of the alleged payments made in the Teotihuάcan Store Bribery, the payment to the National Institute of Anthropology and History (INAH) was alleged, in part, to be a charitable donation. However, in each one of the three Opinion Releases cited there were donations made with post-donation auditing of the use of the cash to ensure the money was used as specified and other protections to ensure compliance with the FCPA. The donations were also made with transparency and not, as reported by the NYT, “Sergio Raúl Arroyo, the director general of INAH, recalled in an interview that Ms. Miró had told him about Wal-Mart’s offer. He could not recall any other instance of a company offering a donation while it was seeking a permit. “That would have been totally irregular,” he said.”

So, as the FCPA Professor also noted in his piece, “from an FCPA perspective, the issues largely remain the same.” From the factual perspective, he may well correct. However, what may have changed is the conversation. The NYT piece shows just how invidious a culture of bribery and corruption can be and how such a culture can subvert local governments and even national cultural heritage protections.

Another interesting issue raised by the NYT article is the investigation of the underlying facts. As reported by the FCPA Blog, in a piece entitled “Wal-Mart’s latest FCPA disclosure (December 2012)”, in its Form 10-Q filed with the Securities and Exchange Commission (SEC) by Wal-Mart Stores, Inc. on December 4, Wal-Mart state the following,
“The Company has incurred expenses of approximately $48 million and $99 million during the three and nine months ended October 31, 2012, respectively, related to these matters.” In other words Wal-Mart has spent a pretty penny since the original NYT article in April. Recognizing that not all of these monies were dedicated solely the Mexico investigation, I would still pose the following question, “How is it that two intrepid reporters from the NYT were able to piece together this story and Wal-Mart was not able to do so when confronted with allegations of bribery and corruption in its Mexican subsidiary?” Lastly is the effect that this story may have on the DOJ. Given the criticism that the DOJ sustained in the wake of the HSBC Deferred Prosecution Agreement (DPA) for its money-laundering conduct, will the Department feel compelled to attempt to prosecute individuals in this case? How about the fine? What does the DOJ try and communicate when the world’s largest retailer is alleged to have engaged in such conduct? What about those licenses, if they were indeed obtained by bribery and corruption, should they still be valid?

So who will win this race to the bottom? I can say that it appears Wal-Mart is trying to get its house in order. It has hired a new Chief Compliance Officer (CCO), created new compliance positions around the globe and put on extensive FCPA compliance training. It may take other steps to help to remedy the predicament it now finds itself in. As for the Astros, I had always thought that DH stood for Designated Hitter…

This Week in FCPA-Episode 133 – the NYC at Christmastime edition