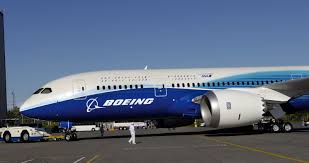 The Foreign Corrupt Practices Act (FCPA) act has language which makes illegal a direct or indirect act which might be used to obtain or retain business from prohibited parties. This has caused companies to begin to look at their suppliers as one area which might give them FCPA exposure. I have been considering the role of suppliers in a compliance program as I followed the issue of the smoldering batteries in the Boeing 787 Dreamliner.

As reported in a New York Times (NYT) article by James B. Stewart, entitled Japan’s Role in Making Batteries for Boeing, the construction of the batteries at issue was outsourced by Boeing to a Japanese company called GS Yuasa. Stewart’s article points out the need for close review of suppliers and what can happen if the quality does not meet the standards required for the project. However, I considered the article from the FCPA perspective. Stewart initially noted that “No one has claimed that GS Yuasa was chosen for the 787 for anything but merit.” But then he goes on to say that “Boeing has long been dogged by suspicion that in return for awarding major contracts to Japanese companies, which also receive subsidies from the Japanese government, the countries airlines buy Boeing aircraft almost exclusively.”

The question all of this raised for me is just how much due diligence should a company engage in for its suppliers? The first thing to note is that GS Yuasa is not a direct contractor to Boeing. The Japanese company is a subcontractor to a French company named Thales, which was contracted by Boeing to supply the electrical system. However, Stewart noted that Boeing approved the Thales/GS Yuasa contract and relationship. Does this mean that Boeing performed any kind of due diligence on GS Yuasa? The article does not specify any of these facts. However, Stewart asks the question of whether the outsourcing of this work was a for the benefit of sales of planes to Japan? He quotes Richard L. Aboulafia who said, “And then there’s Japan. All the normal ways of doing business are upended.” When asked if there might be a ‘quid pro quo’ Aboulafia said, “Yes, absolutely. But no one will talk about it, and no one can prove it.” He went on to say that in Japan “there is a unique relationship between the airlines, the suppliers and the government. The government supported the airlines, the government and the industries and they developed together. The government has enormous influence. They all work together.”

Are these questions which should be explored in due diligence? I think this situation brings up the issue of how far down in the supply chain that a company needs to go in performing due diligence. Many contracts with suppliers require that if there is a sub-supplier that sub needs to go through due diligence. However, in the case of GS Yuasa, Boeing had the right to select the supplier and if you have that right you probably need to perform due diligence on the supplier.

The key question that Stewart raises in his article is whether Boeing is using the hiring of GS Yuasa as leverage to gain sales to the Japanese government. GS Yuasa admitted that the battery component of its company is a money loser, even with the Boeing contract. This obviously raises the question of why the company is in such a business. The company also admitted that it had received subsidies to the tune of $3.5 billion from the Japanese Ministry of Economy, Trade and Industry to “begin mass production of lithium-ion batteries…”.

However, does Boeing has strong supplier relationships with other Japanese companies? In addition to the sales to Japan Air, Boeing works closely with Japan’s Defense Ministry and Boeing was quoted in the article as saying that it had “a long history of working together to meet Japan’s defense needs.” In addition to the hiring of GS Yuasa, Boeing said that its Japanese partners had “designed and developed 35 percent of the 787 airframe structure, including the main box wing, which is the first time Boeing has ever entrusted such a critical design component to another company.”

Stewart penultimately notes that “any questions about GS Yuasa may be premature.” In addition to the investigation of GS Yuasa, both the French company Thales and Securaplane, an American subsidiary of the UK engineering company Meggitt which makes the battery chargers, are also being looked at in connection with the fires aboard the Boeing planes. Stewart does believe the “whatever the outcome, experts said that with so many lives at stake, the design and manufacturing of new aircraft should be based solely on legitimate issues of cost and quality, and the selection process for suppliers should be transparent and untainted by other commercial or political concerns.

To end his article, Stewart quotes Aboulafia who states that “The greatest enemy of good aircraft is people who interfere with the freedom to shop for the highest quality.” I think that the same could be said in conjunction with the FCPA and the Supply Chain.  If a company allows inferior quality into its supply chain through the bribery or corruption that the FCPA is designed to stop it could well allow an inferior product to be constructed. While such actions may not have the catastrophic and very public impact that the apparent battery failures on the 787 have sustained the damage can be severe.

Mickey Rooney and The 90 Cent Solution

Day 14 of One Month to More Effective Internal Controls-What is the COSO Framework?

Farewell to Tom Wolfe and Welcome to Anti-Piling On

Interesting analysis, Tom. Thanks. Sharing it with the seminar law students.

The issue of quality raises a number of additional issues when discussing suppliers, firstly if a product is inferior quality to that required within the specification of the contract then you could be considering procurement fraud, I would also be looking for product substitution, just in case. When looking at suppliers and due diligence, unless they have been through a quality assessment period and are part of your organisations trusted suppliers list, then you may want to consider them as a higher risk until satisfied that they are not a risk because of quality, performance or fraud. When dealing with international companies where senior managers or board members are government officials or have links to government officials, I can't imaging anything other than a severe headache for due diligence departments, and these suppliers, individuals and business dealing should receive continuous due diligence because of the implications under FCPA.