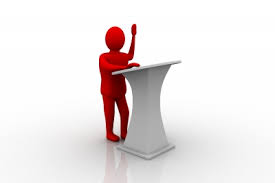 One often hears or reads about complaints that compliance training is dull, nay even boring. I mean, how many times can you expect someone to be lectured to on the riveting subject of the Foreign Corrupt Practices Act (FCPA) or even the UK Bribery Act? Coupled with the legally spellbinding subject, the sessions are often led by lawyers who are training non-lawyers. What can I say; the audience does not always have the appreciation of the subject that I do. I thought about this ongoing conundrum when I came across a recent article in the Financial Times (FT), entitled “The subtle secrets of charisma”, by author Alicia Clegg. The focus of her article was that senior managers, by learning techniques of rhetoric, vocal cadence and gesture, can help make senior managers more like leaders. However, I thought that her tips could also help the compliance practitioner in the more mundane area of compliance training.

In her article, Clegg cited to the example of an Infosys executive who was introducing a “controversial HR policy to his company.” During the talk, he felt that his audience was quite restless and “sensed that he was failing to take his listeners with him.” The Infosys executive was quoted as saying “After the talk, people asked me, privately ‘Do you really think this is the right thing to do?’” “I thought: ‘Well, yes, actually, I do. Isn’t that what I said?’” He had failed to convince. Today, however, the executive would deliver a far different talk. Clegg said that “he would acknowledge his colleagues’ concerns, share his own feelings and perhaps tell a personal story. He might modulate his voice; organise his key points into pithy three-part lists; use metaphors; smile or frown occasionally, while gradually building to a statement of personal conviction or a vision of a better future.” In other words, he would work these concepts of ‘charisma’ into his chat.

Clegg discussed the work of John Antonakis, a professor of organizational behavior at Lausanne University. In a June Harvard Business Review article he published, along with colleagues Marika Fenley and Sue Liechti, entitled “Leaning Charisma”, Antonakis argues, however, that having charismatic qualities can turn a competent manager into someone that others notice and want to follow. Antonakis and his team claim to have identified twelve communication habits, rooted in the principles of “classic rhetoric, that make a speaker appear more authoritative, trustworthy and persuasive – in short, more like a leader. Nine of the techniques are verbal: using metaphors and easy-to-remember three-part lists; telling stories; drawing vivid contrasts; asking rhetorical questions; expressing moral conviction; reflecting an audience’s sentiments; and setting high but achievable goals. The rest are non-verbal: raising and lowering your voice, letting your feelings show in face and hand gestures to reinforce what you say.” Their case for their charisma training runs counter to a recent theme in management ideas that plays down corporate stars in favor of teams.

Clegg writes about old ways of making new points. She says that the modern-day science of persuasion is rooted in three “rhetorical appeals” described long ago by Aristotle. The three are: ethos, logos and pathos.

Clegg cites to other examples of effective rhetoric. She quotes Sam Leith, author of “You Talkin’ to Me?” who says “Effective rhetoric need not be fancy rhetoric.” Rather than cultivating a high-flown style, he advises novices to tune into how their audience thinks, and to listen to how they speak. He identifies General George Patton as a master of the art of persuasive plain-speaking. In the final weeks of World War II, the general exhorted his troops to redouble their efforts with the words “The quicker they are whipped, the quicker we can go home”. This got the audience of his troops on his side because getting home was what mattered to them the most.

Clegg also discussed the well-known technique of repetition. She included Martin Luther King’s ‘I Have a Dream’ speech where King used the device of repeated phrases at the start of successive clauses so that there develops ‘an appreciation of what is easy on the ear is important.” Clegg also discussed the technique of chiasmus, “in which the second half of a statement reverses the order of words in the first − as in “ask not what your country can do for you – ask what you can do for your country”. The words were simple and direct – and their impact all the greater.”

Antonakis argues that these techniques can be taught and, more importantly, learned and that “everyone can improve with practice.” But Clegg cautioned that there is more than simply having commanding rhetoric. A good leader must be a good listener as well. She cites to the work of Harvard academician Rosabeth Moss Kanter who argues in her blog that “it is how well you listen, rather than how well you talk, that persuades people to do things.”

Clegg appropriately ends by noting that no matter how good your rhetorical techniques are, “It is not just what you say, or how you say it, that convinces people you are not phony. You can dress things up with all the anaphora and epistrophe in the world, but if you don’t have a deep sense that something is important you’re not going to persuade anyone.”

So for the compliance practitioner who puts on training there is plenty of good advice on rhetorical techniques that you can use. But, most importantly, don’t be phony.

The Gun Sting Case Defeats and What it means For FCPA Enforcement? Absolutely Nothing!

Is Your FCPA Compliance Program a Good Business Model?