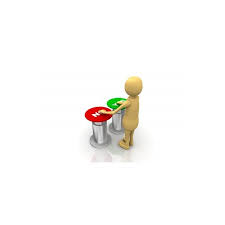 What do employees want most in their company’s values? That is a question that has plagued companies for many, many years. I would argue that one of the concepts which should be in the conversation is respect for a company’s ethical values. One of the tasks in any company is to get senior and middle management to respect the stated ethics and values of a company, because if they do so, this will be communicated down through the organization. This topic was explored in a recent article, entitled “If the Supervisors Respect Values, So Will Everyone Else”, in the Corner Office section of the New York Times (NYT), when reporter Adam Bryant interviewed Victoria Ransom, the Chief Executive Officer (CEO) of Wildfire, a company which provides social media marketing software.

Ransom spoke about the role of senior management in communicating ethical values when she said “Another lesson I’ve learned as the company grows is that you’re only as good as the leaders you have underneath you. And that was sometimes a painful lesson. You might think that because you’re projecting our values, then the rest of the company is experiencing the values.” These senior managers communicate what the company’s ethics and values are to middle management. So while tone at the top is certainly important in setting a standard, she came to appreciate that it must move downward through the entire organization. Ransom came to realize “that the direct supervisors become the most important influence on people in the company. Therefore, a big part of leading becomes your ability to pick and guide the right people.”

Ransom said that when the company was young and small they tried to codify their company values but they did not get far in the process “because it felt forced.” As the company grew she realized that their values needed to be formalized and stated for a couple of reasons. The first was because they wanted to make it clear what was expected of everyone and “particularly because you want the new people who are also hiring to really know the values.” Another important reason was that they had to terminate “a few people because they didn’t live up to the values. If we’re going to be doing that, it’s really important to be clear about what the values are. I think that some of the biggest ways we showed that we lived up to our values were when we made tough decisions about people, especially when it was a high performer who somehow really violated our values, and we took action.” These actions to terminate had a very large effect on the workforce. Ransom said that “it made employees feel like, “Yeah, this company actually puts its money where its mouth is.””

Ransom wanted to make clear to everyone what senior management considered when determining whether employees “are living up to the company culture.” The process started when she and her co-founder spent a weekend writing down what they believed the company’s values were. Then they sat down with the employees in small groups to elicit feedback. Her approach was to look for what they wanted in their employees. They came up with five.

Ransom came to realize that as her company’s leader, more was expected from her. Her employees listened to what she said. This is one of the best descriptions of ‘tone at the top’ that I’ve seen. Ransom “started to realize how what you say can have such an influence. You can’t just say things off the cuff anymore, because people take it so much more seriously than you ever meant it. And that can be good and bad. The bad is that you might say something sort of flippant, or you’re trying to be really transparent and honest with the team about the challenges we may have. But that can get passed on down the line and repeated until there’s a panic.”

But equally important was what she does not say. This is because she learned “how comforting what I say can be to the team, even if I’m not giving the answers. I thought at first that I always needed to be able to give them the solution, but I realized that actually that wasn’t needed at all. All that was needed was acknowledging the challenges, and showing that we’re on top of it and we get it.”

Ransom had an equally valuable insight when she talked about senior management and ethical values. She believes that “the best way to undermine a company’s values is to put people in leadership positions who are not adhering to the values. Then it completely starts to fall flat until you take action and move those people out, and then everyone gets faith in the values again. It can be restored so quickly. You just see that people are happier.”

I found the Ransom interview to be quite useful to the compliance practitioner. She makes clear that ‘tone at the top’ is only one key to instituting ethical values throughout your organization. It also means ‘tone in the middle’ and ‘tone at the bottom’. But she points out not only how to establish that tone but more importantly how to walk the walk of ethics and compliance. Her interview also showed the importance of establishing the values that you want in your company. By doing more than simply writing and then announcing them, through her work with small employee groups she was able to get buy-in from everyone. This was more than communication, this was collaboration. If you make your employees feel that they are a part of the process you will have greater success in your mission to bring ethical values to your organization.

Please join Patrick Taylor, CEO of Oversight Systems and myself tomorrow afternoon for a webinar on Anti Corruption and On-going Transaction Monitoring. The webinar will be at 2 PM EST and is free. For registration and information click here.

The Blue Geranium – SEC Enforcement of the FCPA – Part III

The End of the Wild West

The All-Star Game and Tone at the Top

The Auditor’s Role in FCPA and UK Bribery Act Compliance