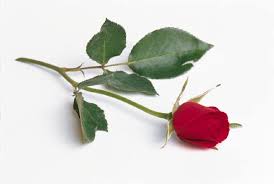 When is a rose not a rose? When it is a charitable donation not made for philanthropic purposes and it violates the Foreign Corrupt Practices Act (FCPA). I thought about that concept when reviewing the Eli Lilly and Company (Lilly) FCPA enforcement action brought by the Securities and Exchange Commission (SEC) late last month. The Lilly enforcement action discussed a bribery scheme utilized by Lilly in Poland. The scheme and FCPA violations mirrored an earlier FCPA enforcement action, also brought by the SEC as a civil matter, rather than by the Department of Justice (DOJ) as a criminal matter, against another US entity Schering-Plough, for making charitable donations in Poland which violated the FCPA. One of the remarkable things about both of these enforcement actions, brought almost eight years apart, was that they involved improper payments to the same Polish charitable foundation to wrongfully influence the same Polish government official to purchase products from both of these companies.

Both companies were involved in negotiations for the sale of products with the Director of the Silesian Health Fund (Health Fund). He had also established a charitable foundation, the Chudow Foundation to engage in restoration of ancient castles in Poland. Both companies made donations to the Chudow Foundation at or near the time decisions were made regarding the purchase of their respective products by the Health Fund. The FCPA books and records violations for the donations stated that they were all mischaracterized on the respective company’s books. The donations were made by each company with the description for the donations as follows:

LILLY BOX SCORE OF DONATIONS MADE TO CHUDOW FOUNDATION

Although all of these donations were approved by a team within Lilly, the “Medical Grant Committee [MGC]”, who reviewed the request for such donations, the MGC’s approval was “largely based on the justification and description in the submitted paperwork.” While Requests 1 & 2 may have had tangential value to the stated purpose of the Chudow Foundation to restore castles in Poland, even Request 3 was clearly a quid pro quo as an action to obtain business. Just as clearly, ‘rental of castle’ is not a charitable donation but an expenditure, even with that understanding, the SEC Complaint noted that Lilly held no conferences at any castles so it was an outright misrepresentation.

SCHERING-PLOUGH BOX SCORE OF DONATIONS MADE TO CHUDOW FOUNDATION

The Schering-Plough SEC Complaint noted that the company Manager involved in the payment scheme, “provided false medical justifications for most of the payments on the documents that he submitted to the company’s finance department.” Additionally, he structured the payments so that they were at or below his approval limit so that he did not have to ask for permission to make the improper payments. The Manager in question viewed the donations as “dues that were required to be paid for assistance from the Director.”

What were the factors which should become red flags for the review of charitable donations under the FCPA? The Schering-Plough SEC Complaint listed several items which it deemed indicia of red flags.

1.      No due diligence. The first is that no due diligence was performed on the charity to identify the Director of the Silesian Health Fund as the founder or his role in the Chudow Foundation.

2.      Donations not related to health care. While the company permitted donations to healthcare related programs there was no follow up to determine the purposes or uses of the donated funds.

3.      Outside normal range of donation. The next red flag was that the donations made to this single charitable foundation approximately 40% of the company’s promotional budget in 2000 and 20% in 2001.

4.      Disproportionate sales. The company’s sales increased disproportionately compared with its own sales of the same products in other areas of Poland. Up to 53% of one product was sold in the region run by the Director of the Silesian Health Fund.

1.      No due diligence. Once again there was no due diligence performed on the charity to identify the Director of the Silesian Health Fund as the founder or his role in the Chudow Foundation.

2.      Donations not related to health care. Unlike Schering-Plough, the reasons listed for the charitable donations did not relate to health care. Moreover, they were approved by a Lilly committee specifically tasked with reviewing such requests failed to investigate beyond the submitted paperwork, which was apparently not correct.

3.      Outside normal range of donation. The SEC Complaint quoted an email from a Lilly manager who said that he had decided to commit 70-75% of the [charitable donation] budget and the Director of the Silesian Health Fund was given a “free hand to manage the Lilly investment, emphasizing the fact we only doing this for him…”

Here Lilly used charitable donations to a charitable foundation which was, as stated in the SEC Complaint, “founded and administered by the head of one of the regional government health authorities at the same time that the subsidiary was seeking the official’s support for placing Lilly drugs on the government reimbursement list.” There were a total of eight payments made to the charitable foundation. In addition to the charitable donations made, Lilly “falsely characterized the proposed payments”. Lilly had a group which reviewed the request for such donations called the “Medical Grant Committee [MGC]” which approved the payments “largely based on the justification and description in the submitted paperwork.”

(2)   Is the payment consistent with the company’s internal guidelines on charitable giving?

(3)   Is the payment at the request of a foreign official?

(5)   Is the payment conditioned upon receiving business or other benefits?

1)      Have the donation recipients certified that they or the entity will comply with the requirements of the FCPA;

2)      Has the recipient provided audited financial statements; and

3)      Has the recipient restricted the use of the donated funds to humanitarian or charitable purposes only;

4)      Were the funds transferred to a valid bank account; and

5)      Ongoing auditing and monitoring of the efficacy of the charitable donation program.

Based upon the Schering-Plough and Lilly SEC enforcement actions, there are some additional inquiries that internal audit should make, they are as follows:

a.      What was the timing of the charitable donation or promise to make a donation in relation to the obtaining or retaining of business?

b.      Did the company follow its normal protocol for requesting, reviewing and making a charitable donation or is there a pattern of unusual donations outside the protocol?

c.       Did any one person make multiple donations just below their authority level so that it did not have to go up the line for review?

d.      Was the total amount donated to one charitable foundation out of proportion to the rest of the country or region’s charitable donation budget?

e.       Did the sales in one area, region or country spike after a pattern of charitable donations?

The information on the red flags from the prior Opinion Releases and the best practices, as set out in the FCPA Guidance, have been available for some time. I think that the information found in both the Schering-Plough and Lilly enforcement actions have a different focus for internal audit. In addition to looking at the timing of charitable donations to see if they are at or near the time of the awarding of new or continued business, I think that internal audit may now need to look at overall increases in sales to determine if they are tied to a pattern of charitable donations. I once heard my colleague Henry Mixon explain how the award of a contract may be the product of fraud or corruption. By looking at the timing and quantum of charitable donations, internal audit may be able to ascertain that a spike in sales is tied to corrupt conduct. This may not be something that is on the current radar of auditors when they review charitable donations, but may now be something they need to consider.

Who Ya Gonna Call?

An intriguing discussion is definitely worth comment. I think that you should write more on this subject matter, it might not be a taboo matter but generally people don't discuss such topics. To the next! Best wishes!!