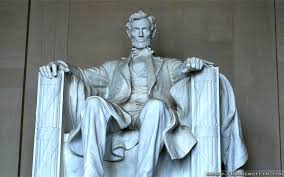 The recent film about Abraham Lincoln has focused the nation’s attention once again on the President that many believe was our greatest President. In a recent article in the New York Times (NYT), entitled “Lincoln’s School of Management”, Nancy F. Koehn, a historian at the Harvard School of Business, wrote about Lincoln’s experience in drafting and issuing the Emancipation Proclamation as “one of the best ways to appreciate his strengths as a leader.” I found that Koehn’s article was relevant to the Chief Compliance Officer (CCO) or other compliance practitioner as they tackle the job of instituting or maintaining a culture of compliance throughout an organization.

Stay True to Your Compliance Vision

During the initial period of the Civil War, when the Union suffered a series of military defeats at Bull Run and particularly in the Seven Days’ Battles, Lincoln described his state “as nearly inconsolable as I could be and live.” Nevertheless, Lincoln persevered throughout these dark times due to his “resilience and commitment to preserve the Union.” From this, Koehn believes that business leaders must have the “ability to experience negative emotions without falling through the floorboards.” This can certainly be true in the compliance world. Just as Lincoln’s deep faith nurtured his vision, the CCO or compliance practitioner needs to stay true to their vision of compliance and ethics for their company.

Gather Information from a Wide Range of People

The Ability to Shift Gears

Koehn wrote that “Lincoln’s ability to shift gears during hard times — without giving up his ultimate goal — is a vital lesson for leaders operating in today’s turbulence. When I teach the case, many executives comment on the importance of shaping one’s tactics to changing circumstances.” Lincoln began drafting the Emancipation Proclamation in late June or early July of 1863. He initially told his Cabinet that he would release it on January 1, 1863. Secretary of State William Seward suggested that the President wait for a Union victory before issuing the Proclamation, “lest it seem the last measure of an exhausted government, a cry for help” to which Lincoln agreed. But after the Union victory at Antietam, Lincoln made the Proclamation public. This dramatically changed the nature of the war from one to save the Union to create a new United States to “one in which slavery was permanently abolished.”

Think Before You Send the Letter or Hit the Send Button

Koehn told the story of Lincoln’s great disappointment after the Battle of Gettysburg when the victorious Union General, George C. Meade, did not follow after the defeated Confederate Army of General Robert E. Lee. Lincoln wrote a letter to Meade expressing his dissatisfaction for Meade’s failure to follow up his victory. Lincoln wrote, “Lee was within your easy grasp, and to have closed upon him would, in connection with our other late successes, have ended the war.” He added: “Your golden opportunity is gone, and I am distressed immeasurably because of it.” But Lincoln did not send the letter. Indeed, “he placed it in an envelope labeled “To Gen. Meade, never sent or signed.” Koehn wrote “Imagine if e-mail had existed in Lincoln’s time and he had hit ‘send’ because he was distressed. The course of history might have taken a very different turn.”

This lesson is forbearance. With the instantaneous ability to communicate around the clock the CCO or compliance practitioner needs to consider the effect of their communications. Here I am not talking about stupid emails, although care should be taken not to engage in that FUBAR as well, but just as with Lincoln, a CCO or compliance practitioner need to face “the challenge of navigating their own and others’ emotions with forethought and consideration.” Sometimes, “the first action that comes to mind is not always the wisest.”

Koehn used the Gettysburg Address as a starting point for a discussion of the need for a CCO or compliance practitioner to communicate. If you desire to make a transformational change, you must communicate with your stakeholders. One thing that Lincoln assuredly did not do was lock himself in an ivory tower or the White House. Lincoln “traveled to battlefields to visit Union troops, and he held open “office” hours in the White House to receive interested citizens — and their countless requests.” Anyone who saw the movie “Lincoln” will remember the scene where he visited Union troops at a hospital, many of whom had lost their limbs in battle. I think that Koehn’s point is that he communicated his vision of what they were sacrificing for the War effort.

This point is absolutely critical for the CCO or compliance practitioner, you have got to put boots on the ground. Sitting in your office and doing the day-to-day work of compliance is simply not enough. First of all, your employee base will appreciate you much more if you get out into the field and will also communicate with you in a much more open manner. But, as important as the above are, this allows you to communicate your vision of doing business with ethics and compliance. This simply cannot be done from your home or corporate office. You must sell your vision to each and every stakeholder in your company.

Koehn found that one of the things that business executives pointed to in any study of Lincoln as a leader was the “strength that Lincoln found to bear the death and destruction of the war and to weather intense opposition and still not relinquish his mission. If there is one point when Lincoln discovered his own leadership backbone, it was surely in conceiving and issuing the Emancipation Proclamation and then committing himself and the country to its broader consequences.” It is important to rise to a challenge if one appears while you are on the watch. Another point Koehn stressed is that the leadership skills Lincoln showed demonstrated that it is the responsibility of a leader “to serve all of the people, and not just one’s self-interest. Lincoln knew that success is best when shared.”

For the CCO or compliance practitioner I think that these points bring up a dichotomy that you must deal with quite often. Sometimes you must say No. You must stand up and tell the business people that you are not doing that deal; you are not flying government officials and their wives to the US in business class or whatever the business guys want to do that violates the Foreign Corrupt Practices Act (FCPA). However, sometimes it is important to understand that you work for a company which is in business to make money. As a CCO or compliance practitioner you can use creative lawyering to satisfy the needs of the business without violating the FCPA.

The best example I can give you is one of last year’s Opinion Release, 12-01, which found that, under the facts and circumstances described in the Opinion Release, a royal family member was not a government official for the purposes of the FCPA. Prior to this Opinion Release I would have said 100 times out of 100 that a royal family member was always a foreign government official under the FCPA. But some very creative lawyer took a question presented to him by a business unit and came up with a way not to violate the FCPA.

Koehn ends her piece with “Lincoln was able to learn and grow amid great calamity. His story, like no other, demonstrates that leaders do not just make the moment; they meet it and, in the process, are changed by it.” I think that the same can be true for any CCO or compliance practitioner. You need to be able to learn and grow to do your job. I hope that your tenure will not be so calamitous as Lincoln’s but his leadership lessons should be guideposts and inspirations to anyone with a difficult job that must listen to a multiplicity of voices.

Compliance into the Weeds-Episode 16, SOX and COSO