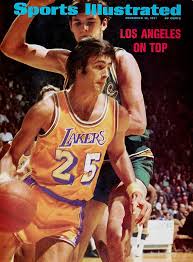 Sorry Bill Simmons, but today we celebrate one of the great modern day records of any American sports franchise. On this day 41 years ago, the Milwaukee Bucks beat the Los Angeles Lakers to end the Lakers 33 game winning streak. This is the longest winning streak of any professional American sports team. 1971-72 was the greatest season in Laker history with the team winning the then record of 69 games for the season, topped off with a National Basketball Association (NBA) championship, after a 4-1 romp over the New York Knicks in the finals. By any measure, the Lakers achieved true greatness in that season.

One of the more interesting areas of Foreign Corrupt Practices Act (FCPA) compliance work is its evolving nature (although some might say more frustrating). However, as compliance work and compliance programs mature the tools, products and services available to help companies better manage the business of compliance continues to evolve as well. Several articles recently caught my attention and, in particular, one product caught my eye. Two of the articles appeared in the Financial Times (FT) and spoke to the advance in the sophisticated nature of compliance tools available. The final article was in the New York Times (NYT) and focused on a systemic failure by the US Air Force in the implementation of a computer upgrade that spoke to the difficulties a compliance practitioner can face in implementing a new compliance regime or engaging in a system upgrade.

The first FT article was by Jennifer Thompson, entitled “Rogues revealed by bad language”. In this article Thompson reported on research by Ernst & Young on information they received from the US Federal Bureau of Investigation (FBI). Thompson reported that “Phrases such “as “nobody will find out”, “cover up” and “off the books” are among those most likely to litter the in-boxes of corporate rogues, according to fraud investigators deploying increasingly popular linguistic software.” Moreover, “Expressions such as “special fees” and “friendly payments” abound for those embroiled in bribery cases, while rogue employees feeling the heat are likeliest to write that they “want no part of this” as well as the somewhat misguided “don’t leave a trail”.”

The technology angle is that there is software available which performs linguistic analysis that “initially protects employee anonymity, can flag uncharacteristic changes in tone and language in electronic conversations and can be tailored for particular types of employees, such as traders.” Further, Thompson noted that the “use of technology is set to grow as compliance departments police sprawling organisations to avert potentially costly mistakes.”

The second FT article was by Richard Waters, entitled “Counter-terrorism tools used to spot fraud”. In this article Waters detailed how “JPMorgan Chase has turned to technology used for countering terrorism to spot fraud risk among its own employees and to tackle problems such as deciding how much to charge when selling property behind troubled mortgages. The technology involves crunching vast amounts of data to identify hard-to-detect patterns in markets or individual behaviour that could reveal risks or openings to make money.” While the article focused on the use of the software to spot fraudsters, I believe that such techniques could well be brought in to help in the fight against corruption and bribery.

Another area where technology has come into play to help compliance programs is in due diligence. Most compliance practitioners are aware of the various levels of due diligence, that being Levels I, II and III. One difficult question has been how does a company perform in-country native language source business information investigations, without paying someone to put ‘boots on the ground’ and then have to pay for a translation, sort of due diligence Level I (a). I was recently introduced to a software tool by Arachnys Information Services Ltd (Arachnys) and I can tell you that it does some really cool stuff and can certainly help to fill a gap. Arachnys software can run your designated search terms in local media, such as newspapers or other sources, and not simply through a Google search database. It can then translate the local source for you and deliver the results to your computer. This software allows a compliance practitioner to perform in-country computer based due diligence at a level that I had not previously seen available. And as I said, it is really cool.

The final article was by Randall Stross, entitled “Billion-Dollar Flop: Air Force Stumbles on Software Plan”. In this article Stross discussed the failure by the Air Force to install and implement ‘off-the-shelf software’ which was originally budgeted at $628MM. In November of last year, the Air Force “canceled a six-year-old modernization effort that had eaten up more than $1 billion. When the Air Force realized that it would cost another $1 billion just to achieve one-quarter of the capabilities originally planned –  and that even then the system would not be fully ready before 2020 – it decided to decamp.” While there were numerous reasons given for the failure, the main reason attributed was that there was not “a single accountable leader” who “has the authority and willingness to exercise the authority to enforce all necessary changes to the business required for successful fielding of the software.”

The failure of the Air Force’s attempt to modernize its software speaks to one of the issues present when implementing or scaling up a compliance regime. First, do not start with the ‘Big Bang’ approach and try to do everything at once. There is usually more success by scaling implementation or enhancement down into manageable chunks. Next is the point raised above, that being that there must be a leader who not only has the authority but the willingness to exercise the authority to make the changes. Additionally, coupled with this type of leader, is the need for local buy-in which is important, as is empowering small groups to make the necessary decisions.

So today we celebrate the greatness of the Lakers and their phenomenal season of ‘71-72. In the compliance world, best practices are evolving but so are the tools which you can implement into your compliance program. The mining of data has many uses. Some companies such as Catelas Inc. can look at the relationships of persons and parties involved. Other software, such as that available through VisualRisk IQ, can mine the data and come up with financial or data points for further investigation. On the due diligence front, Arachnys software can help fill in holes for your in-country native source business information searches. Lastly, do not fall into the trap of the US Air Force; manage not only the expectations but the entire compliance process.