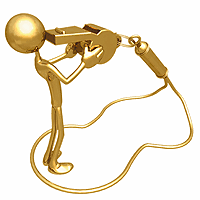 As almost everyone knows, Lance Armstrong spoke for the first time about his performance enhancing drug (PED) use recently on Oprah. On the first night he admitted for the first time that he used PEDs during his seven wins at the Tour De France. The title of my colleague Doug Cornelius’ piece in Compliance Building really said it all in his article “Lance Armstrong – A Lying Liar Just Like Madoff”. Cornelius said “What caught my attention about the Armstrong interview was the window into the mind of a pathological liar. Armstrong had been telling the lie over and over and over. He lied to the public. He lied to the press. He lied to cancer survivors. He lied under oath.”

One of the areas which came up for me was how the people who blew the whistle on Armstrong’s use of PEDs before his admission were treated and how Armstrong subsequently treated them. Armstrong admitted that he was a ‘bully’ to those who said, hinted, or even implied that he had taken PEDs. He attacked ex-teammates; wives of ex-teammates and even a masseur who saw him take such substances. He put on an aggressive PR campaign for the better part of the past decade, to which the wife of ex-Tour De France winner Greg LeMond said “I can’t describe to you the level of fear that he brings to a family.”

While I would hope that most American and European companies have moved past the situation where whistleblowers are ostracized or worse threatened, one can certainly remember the GlaxoSmithKline (GSK) whistleblower Cheryl Eckard. A 2010 article in the Guardian by Graeme Wearden, entitled “GlaxoSmithKline whistleblower awarded $96m payout”, he reported that Eckard was fired by the company “after repeatedly complaining to GSK’s management that some drugs made at Cidra were being produced in a non-sterile environment, that the factory’s water system was contaminated with micro-organisms, and that other medicines were being made in the wrong doses.” She later was awarded $96MM as her share of the settlement of a Federal Claims Act whistleblower lawsuit. Eckard was quoted as saying, “It’s difficult to survive this financially, emotionally, you lose all your friends, because all your friends are people you have at work. You really do have to understand that it’s a very difficult process but very well worth it.”

More recently there was the example of NCR Corp., as reported in the Wall Street Journal (WSJ) by Christopher M. Matthews and Samuel Rubenfeld, in an article entitled “NCR Investigates Alleged FCPA Violations”, who stated that NCR spokesperson Lou Casale said “While NCR has certain concerns about the veracity and accuracy of the allegations, NCR takes allegations of this sort very seriously and promptly began an internal investigation that is ongoing,” regarding whistleblowers claims of Foreign Corrupt Practices Act (FCPA) violations. In a later WSJ article by Matthews, entitled “NCR Discloses SEC Subpoena Related to Whistleblower”, he reported that NCR also said “NCR has certain concerns about the motivation of the purported whistleblower and the accuracy of the allegations it received, some of which appear to be untrue.”

Lastly, is the situation of two whistleblowers from the British company EADS. As reported by Carola Hoyos in a Financial Times (FT) article, entitled “Emails tell of fears over EADS payments”, Hoyos told the story of two men who notified company officials of allegations of bribery and corruption at the company and who suffered for their actions. The first, Mike Paterson, the then financial controller for an EADS subsidiary GPT, internally reported “unexplained payments to the Cayman Island bank accounts for Simec International and Duranton International, which totaled £11.5M between 2007 and 2009.” Hoyos reported that Paterson was so marginalized in his job that he was basically twiddling his thumbs all day at work.

The second whistleblower was Ian Foxley, a retired British lieutenant-colonel, who had joined the company in the spring of 2010 stationed in Saudi Arabia, to oversee a £2M contract between the British Ministry of Defence (MOD) and the Saudi Arabian National Guard. In December 2010, Foxley discovered some of the concerns which Mike Paterson had raised. According to Hoyos, “The morning after he discovered Mr. Paterson’s concerns he assessed the emails that Mr. Paterson had told him he had written over the previous three years.” This led Foxley to flee Saudi Arabia with documents of these suspicious payments, which he has turned over to the Institute of Chartered Accountants and the UK Serious Fraud Office (SFO).

What does the response of any of these three companies say about the way that it treats whistleblowers? Is it significantly different from the bullying Armstrong admitted he engaged in during his campaign to stop anyone who claimed that he was doping? While I doubt that companies will ever come to embrace whistleblowers, the US Department of Justice’s (DOJ’s) recent FCPA Guidance stated that “An effective compliance program should include a mechanism for an organization’s employees and others to report suspected or actual misconduct or violations of the company’s policies on a confidential basis and without fear of retaliation.” However, by marginalizing, attacking or even making a whistleblower fear for their life, such actions can drive a whistleblower to go the DOJ, Securities and Exchange Commission (SEC) or SFO. The Guidance recognized that “Assistance and information from a whistleblower who knows of possible securities law violations can be among the most powerful weapons in the law enforcement arsenal.”

So what is the compliance professional to make of the Armstrong confession and how can it be used for a compliance program? A recent White Paper, entitled “Blowing the Whistle on Workplace Misconduct”, released by the Ethics Resource Center (ERC) detailed several findings that the ERC had determined through surveys, interviews and dialogues. One of the key findings in this White Paper was that that a culture of ethics within a company does matter. Such a culture should start with a strong commitment to ethics at the top, however it is also clear that this message must be reinforced throughout all levels of management, and that employees must understand that their company has the expectation that ethical standards are vital in the business’ day-to-day operations. If employees have this understanding, they are more likely to conduct themselves with integrity and report misconduct by others when they believe senior management has a genuine and long-term commitment to ethical behavior. Additionally, those employees who report misconduct are often motivated by the belief that their reports will be properly investigated. Conversely, most employees are less concerned with the particular outcome than in knowing that their report was seriously considered.

This is the ‘Fair Process Doctrine’. This Doctrine generally recognizes that there are fair procedures, not arbitrary ones, in a process involving rights. Considerable research has shown that people are more willing to accept negative, unfavorable, and non-preferred outcomes when they are arrived at by processes and procedures that are perceived as fair. Adhering to the Fair Process Doctrine in two areas of your Compliance Program is critical for you, as a compliance specialist or for your Compliance Department, to have credibility with the rest of the workforce.

I would add that after your investigation is complete, the Fair Process Doctrine demands that any discipline must not only be administered fairly but it must be administered uniformly across the company for the violation of any compliance policy. Simply put if you are going to fire employees in South America for lying on their expense reports, you have to fire them in North America for the same offense. It cannot matter that the North American employee is a friend of yours or worse yet a ‘high producer’. Failure to administer discipline uniformly will destroy any vestige of credibility that you may have developed.

Lance Armstrong has and will continue to provide the ethics and compliance practitioner with many lessons. You can use his treatment of whistleblowers as an opportunity to review how your company treats such persons who make notifications of unethical or illegal conduct. With the increasing number of financial incentives available to persons to blow the whistle to government agencies, such as the SEC under the Dodd-Frank Act, it also makes very good business sense to do so.

FCPA Compliance: Documentation Is a Key

Joe Howell on the PCAOB, Audits and Compliance – Part III

Compliance into the Weeds-Episode 70-AI in a Hotline App