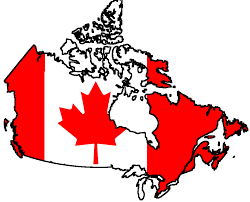 Ed. Note-this week there was a-buzz from North of the Border where it was announced that Canada was considering amendments to strengthen the Canadian anti-corruption law, the Corruptions of Public Officials Act. I ask John Boscariol, a partner at McCarthy Tétrault LLP if he could explain these amendments to us. So together with his colleagues Paul Blyschak, Brenda Swick and Robert Glasgow, they have prepared this guest post.

On February 5, 2013 Bill S-14, the Fighting Foreign Corruption Act was introduced in Canada’s Senate.  It proposes the most significant  amendments to the Corruption of Foreign Public Officials Act (CFPOA) since it came into effect in 1999. These broad ranging amendments will  increase the scope of the CFPOA’s prohibitions and the ability of enforcement authorities to prosecute or penalize alleged offenders. The ramifications of Bill S-14 should therefore be closely considered by all Canadian companies and individuals conducting business overseas.  In particular, companies should be immediately reviewing their business conduct and anti-corruption policies and procedures in light of the key changes discussed below.

Existing Exception for Facilitation Payments to be Repealed

The proposed amendments provide for the eventual elimination of the exception granted for “facilitation payments”. The existing exception in the CFPOA covers payments made to expedite or secure the performance of acts of a routine nature that are part of the foreign public official’s duties or functions – such as small payments for the processing of official documents, mail pick-up and delivery and the like. While the facilitation payment exception continues to be recognized in the United States under its Foreign Corrupt Practices Act, individual and entities subject to the CFPOA will now need to amend their policies and procedures accordingly.

This amendment would not come into force immediately on passage of Bill S-14. Rather, it would only enter into force at future date determined by the federal Cabinet. The intention is to allow  companies time to adjust their anti-corruption policies to be consistent with the amended legislation.

This prohibition would also bring Canada closer in line with anti-corruption laws in the United Kingdom where their Bribery Act 2010 bans facilitation payments.  This is also consistent with movements afoot in some international organizations, including the Organization for Economic Cooperation and Development, to eliminate the facilitation payment exception.

The amendments  create a separate offence for concealing bribery in an entity’s books and records. They prohibit the following when undertaken for the purpose of bribing a foreign public official or for the purpose of disguising such bribery:

(i)    establishing or maintaining accounts which do not appear in any of the books and records that they are required to keep in accordance with applicable accounting and auditing standards;

(ii)   making transactions that are not recorded in those books and records or that are inadequately identified in them;

(iii)  recording non-existent expenditures in those books and records;

(iv) entering liabilities with incorrect identification of their object in those books and records;

US companies (as well as any Canadian companies listed or dual-listed on a U.S. exchange) should be  familiar with this kind of “books and records” offence, as it has been rigorously enforced over the past decade by the US Securities and Exchange Commission. This may provide Canadian companies adapting to the CFPOA’s provisions the benefit of past US compliance practice, including examples of possible additions and amendments to anti-corruption policies and procedures. The lessons to be taken from such insight should, however, be considered in light of the fact that violation of the CFPOA’s “books and records” prohibition will constitute a criminal offence rather than a civil matter.

Expanding Jurisdiction on the Basis of Nationality

An ongoing critique of the CFPOA has been that its application is based on territorial rather than nationality jurisdiction.  Currently, under Canadian common law, the commission of an offence under the CFPOA requires a “real and substantial” connection to the territory of Canada. This territorial test for jurisdiction requires that a “significant portion of the activities constituting the offence took place in Canada” (R. v. Libman, [1985] 2 S.C.R. 178 (Supreme Court of Canada)). The decision in Libman also opened the door to possible objections to jurisdiction based on the principle of international comity (i.e. that where a crime has a closer nexus to another country, it may be more appropriate for the matter to be tried there).    Bill S-14 introduces provisions to expand  the  jurisdiction of the Canadian government to prosecute entities for violations of the legislation, including the bribery offence and the newly proposed accounting offences discussed above.

Under the proposed amendments, every person who commits an act or omission outside Canada that, if committed in Canada, would constitute an offence under the CFPOA is deemed to have committed that act or omission in Canada if the person is (i) a Canadian citizen, (ii) a permanent resident (who, after the commission of the act or omission, is present in Canada), or (iii) a company, partnership or other entity formed or organized under the laws of Canada.  This amendment will greatly reduce the ability of alleged offenders to mount jurisdictional challenges to prosecutions brought against them by enforcement authorities based on the location in which an offence was either planned or conducted.

The proposed amendments include a significant increase in  penalties for violations of the CFPOA by individuals, including both the bribery and newly proposed accounting prohibitions. Specifically, while contravention of the CFPOA previously carried a maximum five year imprisonment provision., Bill S-14 proposes a new maximum term of imprisonment of not more than fourteen years. Given the recent increased focus by U.S. anti-corruption authorities on prosecuting individuals alongside companies, and that we generally expect the same policy to be pursued here in Canada, this should serve as a stark warning to business people facing pressures to engage in corrupt practices or facing other anti-corruption risks in general.

A Broader Definition of “Business”

Another common critique of Canada’s anti-corruption regime has been that the CFPOA appears only to apply to undertakings carried on “for profit”. The CFPOA  applies to corrupt acts committed “in the course of business”, which is defined to mean undertakings carried on “for profit”. The proposed amendment to the definition of “business” removes the requirement for the business or transactions to be for a profit.  This may increase the exposure of Canadian non-profit entities such as development agencies or charities to violations of the CFPOA such that, where such organizations do not already have in place anti-corruption policies or procedures, the design and implementation of same should be closely considered

RCMP to Have Exclusive Authority to Lay CFPOA Charges

Presently under the CFPOA, charges may be laid by municipal or provincial police or Canada’s federal police force, the Royal Canadian Mounted Police (RCMP).  Under the proposed amendments, the RCMP is accorded the exclusive authority to lay an information in respect of a CFPOA offence or related offences, including conspiracy, attempts, being an accessory after the fact, and counselling.

Over the last year or so, new and vigorous enforcement of the CFPOA by the RCMP and Crown prosecutors has garnered the attention of executives and directors across the country. The widely publicized guilty pleas of Niko Resources Ltd. in June of 2011 and Griffiths Energy International in January of 2012, along with ongoing RCMP investigations into the activities of a number of other Canadian companies, serve as stark warnings of the costs of non-compliance.

With an additional 35 or so RCMP investigations underway, Canadian companies are moving quickly to implement anti-corruption policies and procedures and mitigate the significant risk exposure in this area. Canadian companies should also be  reviewing their operations and accounting and reporting procedures to ensure compliance with these newly proposed legislative requirements

John W. Boscariol is head of the firm’s International Trade & Investment Law Group and a partner in the Litigation Group. He can be reached via email at jboscariol@mccarthy.ca.

North of the 49th: Recent Developments in Canadian Anti-Corruption Enforcement

Dodd-Frank of the North? Incentive-Based Whistleblower Program Coming to Canada