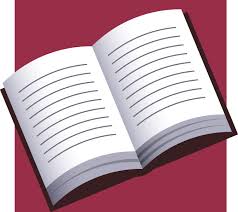 Doing something ‘by the book’ means more than following a process. It means following that process during high stress times. One of the things that I think gets missed when discussing compliance programs is the need for rigor in the process. By this not only do I mean that your process needs to be robust but that you need to follow that process even in very extraordinary circumstances. Further, if you deviate from your compliance process you should document the reason for doing so. During a compliance emergency is not the time to depart from your well-thought out process that you use at all other times. One of the things that appear to have gotten Wal-Mart into trouble over its Mexican subsidiary’s actions is that when allegations of bribery and corruption bubbled up to its corporate office, the standard investigation protocol was over-ridden and a completely new and different investigation protocol was put into place. A protocol which had the persons accused of bribery and corruption investigating themselves. Can you guess what the result was?

Similarly, the ongoing news about the Hewlett-Packard Co’s (HP) acquisition of Autonomy Corp., (Autonomy) and its attendant fall-out can provide similar lessons for the compliance professional. As reported by Ben Worthen and Justin Scheck in the Wall Street Journal (WSJ) article entitled “Inside H-P’s Missed Chance To Avoid a Disastrous Deal”, HP did not follow its own internal protocol for acquisitions during the time that led up to its purchase of the British company Autonomy. Additionally, HP’s actions and decisions before and after the acquisition probably steered the deal in to, at a minimum, a very difficult path to success.

In 2010, HP made the decision to bring in someone, who was little known in Silicon Valley, to run the company, that person being Leo Apotheker, who had headed the German company, SAP. However, little noted at the time was the change in the Board of Directors, where “H-P simultaneously got a new board chairman, also a software specialist: Ray Lane, a venture capitalist and former president of Oracle Corp. Soon after, four H-P board members didn’t stand for re-election, and five new members arrived.” In other words, a majority of the top leadership positions in the company changed in a very short time.

Apotheker immediately made clear his desire to purchase one or more software companies. However, the Board of Director’s “finance committee scotched one, and negotiations to buy the other fell apart over price. A frustrated Mr. Apotheker told Mr. Lane, “I’m running out of software companies,” said a person familiar with the conversation.” This led HP to take a look at Autonomy.

Another change for HP in the pre-acquisition process regarding the Autonomy deal related to Board of Director oversight. It came about because Apotheker had two major initiatives early in his tenure. One was to divest the company of its PC-manufacturing business. The second was to purchase Autonomy. These initiatives were considered so large and complex that the Board of Directors split itself into two separate groups to evaluate each proposal. So only half the Board was looking into the details of the Autonomy deal. Further, “H-P’s normal procedures require the board’s finance committee to review and approve deal proposals before they reach the full board. That didn’t happen with the proposal to acquire Autonomy, said people familiar with how the board proceeded.” While the split of the Board of Directors provided some ease of coordinating some logistical issues such as scheduling meetings, it provided Apotheker, with “more opportunities to lobby for a deal, said people familiar with the board’s activities.”

Red Flag Raised (or not)

One of the things that HP’s Board of Directors were surprised about during the due diligence process was “how little detail about the target firm’s finances became available. Autonomy allowed a review of financial statements and about 25 sales contracts. H-P also wanted the “working papers,” or original financial material, underlying Autonomy’s audits. Autonomy declined to provide them, citing U.K. corporate-takeover rules that require companies to disclose the same documents to all potential suitors.” While understanding that it is never the case that an acquiring company gets to review everything that it wants to during due diligence, reviewing only 25 sales contracts for a company that you are about to spend over $8 bn on does seem a bit of an under-representation of financial data to review. Moreover, some of the members of the HP due-diligence team “said they were reassured, to some extent, by Autonomy’s being a public company that had been audited for years.” Autonomy’s UK audit firm was Deloitte.

But even Deloitte raised red flags with HP, however weakly. At one point, people from HP and KPMG, HPs audit team in the acquisition of Autonomy, spoke by telephone with the Deloitte team. Someone at Deloitte “mentioned that about a year earlier, an Autonomy finance executive had alleged improper accounting at Autonomy, according to people familiar with the call. Three of these people  said Deloitte mentioned the issue briefly and added that a review had found the allegation to be baseless. The H-P team didn’t investigate further, one of the people said, and didn’t share the information with either Mr. Apotheker or H-P’s board.” The articles claims that “Neither Mr. Apotheker nor the directors ever heard such an allegation during negotiations, according to several people either close to the CEO or knowledgeable about the board. Said one: “There were zero red flags raised about this company during the whole process.””

The WSJ article referred to the lack of enthusiasm that some members of senior management at HP had over the Autonomy transaction. For instance, “Chief Financial Officer Cathie Lesjak said an acquisition would batter H-P’s balance sheet, using up its cash and incurring debt, said people familiar with the conversations.” Pretty profound when you think about it now. But beyond simply the Autonomy debacle, the Board of Directors was becoming equally uneasy with Apotheker’s desire to cut the heart out of the company by getting rid of the PC-manufacturing business. So just after the Autonomy purchase, the Chairman of the Board Mr. Lane “spoke to senior H-P executives and found a near-universal view that their CEO wasn’t right for the job. In late September, 35 days after the agreement to buy Autonomy and 11 months into Mr. Apotheker’s tenure, the board dismissed him.”

This meant that the person who had shepherded the deal through the company was gone. Apotheker had not only pushed for the deal but said he had plans on how to integrate Autonomy into HP and make it work. He was quoted in the WSJ article as saying, “”We had concrete and ambitious plans on how to integrate and leverage the Autonomy acquisition,” Mr. Apotheker said. “But I was gone by the time the deal closed.”” This led to claims by the head of Autonomy, Mike Lynch to claim that the intention for HP to integrate and sell Autonomy software after the transaction never came to pass. “Within weeks, Mr. Lynch told the new H-P CEO, Ms. Whitman, in an email that when he discussed with H-P’s server unit the idea of selling Autonomy software along with H-P hardware, he received a “very negative response.””

Whitman and other HP executives went to the UK to try and figure out what went wrong with the transaction, the integration or both, and two weeks later Lynch was fired by HP. Within weeks of the Lynch firing, HP said that “the company heard an allegation from an Autonomy executive that Autonomy manipulated its numbers. That set in train the process that led to H-P’s November write-down and allegation of improper accounting by the software firm.” Now the US Department of Justice (DOJ), the Securities and Exchange Commission (SEC) and the UK Serious Fraud Office (SFO) are all investigating the allegations that Autonomy manipulated its books and records.

I understand that you never have enough time to perform all the pre-acquisition due diligence that you might like to, whether it is financial or compliance. However, several clear lessons standout for the compliance practitioner from this matter. The first, and foremost, is to establish your pre-acquisition protocol, not during the time you are acquiring a company but before so. If you normally require approval from the full Board of Directors keep that requirement in place and do not cut your approval to one-half because you have two large matters to digest. Second, if a red flag is raised, you should clear it, not the person or entity that brings you the information. The third is to have a post-acquisition plan in place and, to the extent you can do so under the circumstances presented, follow it.

All three of the above suggestions would seem to be the perfect description of ‘by the book’. My father was in the US Navy during World War II and Korea. He is also an engineer. Those two backgrounds would seem to make him as strong a candidate for as ‘by the book’ as possible. But he was also a believer in information, analysis and documentation. The reason, he believed that if you did not study it, you could not document it; if you did not document it, you could not analyze it; and if you did not analyze it, you could not improve it. So document, document and then document everything you do from the compliance perspective and use that information to create a better book, but only if the information and your analysis thereof warrants it.

A Farewell to Dr. Randolph and Making Your Compliance Program Effective

Celebrating the Peace Corps and Improvement in Compliance