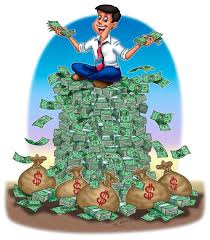 I tried. I really tried. I tried not to rant about the Houston Astros during Spring Training, because as they say ‘hope springs eternal’ as all teams are tied at this point in the season (0-0). So when the Astros announced they were considering moving their Triple-A affiliate from Oklahoma City to The Woodlands, a town just north of Houston, I did not write a post which complained that such a move would bring competition to an already existing Triple-A team in Houston, the aforementioned Houston Astros.

The Astros owner Jim Crane was interviewed by Brian Costa for a Wall Street Journal (WSJ) article, entitled “Houston School of Economics”, which Costa ended with the following quotes from Crane, “I didn’t make $100 million by making a lot of dumb mistakes,” and “We’re not going to get everything right, but we’re going to get a lot right”; I did not write asking what part they were going to “get a lot right” about this year.

Crane had another interesting quote in the WSJ piece, “It doesn’t bother me that people want us to spend more money,” Crane said. “But it’s not their money. This is a private company, even though it’s got a public flair to it. If they want to write a check for 10 million bucks, they can give me a call.” How about that for dedication to your fan base, “a public flair to it”; I did not write an article asking that maybe the fact that the Astros play in a publicly funded stadium might have something to do with it.

But this week, Peter Gammons, one of the most respected baseball writers around tweeted his thoughts on the Astros; I could not take it anymore. Gammons tweeted the following three tweets:

Tweet 1: If I’m an ALE or ALC owner, Houston’s plan to have no payroll, lose, get the 1-2 pick 4 years in a row and still steal revenue-sharing $

Tweet 2: –may guarantee 3 teams in the AL West win 90 games and make the playoffs, and spit on the integrity of the sport. Fellow big market teams who

Tweet 3: have payrolls under $40M should 1.not get revenue-sharing and 2. be out of the protected pick business. Rewarding trying to lose is wrong.

Chip Bailey writing in the Blogsite Ultimate Astros, in a piece entitled “For $10 million, you can get your two cents in with Astros”, had the following observation, “that kind of comment will only stir the pot further with conspiracy theories about the possible back-room deal to lower the sale price and move the team to the American League. It will only confirm to some that Crane is in it for the money. And it will undoubtedly support the idea that Crane will continue to strip the organization, never spend money and be content with a Royals or Pirates approach. I can hear the comments before they’re written and almost predict the adjectives, adverbs and other unprintable words. The fact that the Astros will have a historically low payroll while doubling their TV revenues over 2013 will only stoke the volatile fires further.”

So I guess that with his $25MM payroll and his $80MM from the Astros television network contract, Brother Crane sure will not be losing any money. What about the fans? Well, we may see a team finally break the 1962 Mets record for ultimate futility by losing more that the Mets record of 120 losses in a season. Do not think that the Astros are penny pinching just on the team, as the service inside the stadium rivals that of their overall payroll. From the first game of the 2012 season when I bought two hot dogs and the hot dog buns had clearly been left over from the 2011 season; to the last game where the first two hamburgers my wife bought were inedible (she finally gave up and bought chicken tenders); the service at Minute Maid Park rivaled a team which had two consecutive 100 loss seasons.

What do we fans get out of this great deal? Apparently for $10MM we could get some input. Beyond that we do get to see the New York Yankees, Boston Red Sox, Texas Rangers and other winning teams that are willing to spend money. Of course with Albert Pujols playing for our new division rival, the Anaheim Angels, perhaps we can see him send some more towering home runs out of the park,. Finally, we will get to see the best AAA roster the Astros can muster. Of course one thing we will NOT see are ticket prices commensurate with the quality of the products on the field and in the stadium.

So the compliance angle here? I once worked for a company which was under a Deferred Prosecution Agreement (DPA) for its prior Foreign Corrupt Practices Act (FCPA) violations. The DPA was quite robust and one of the things the company decided was that if a vendor or customer had engaged in conduct which violated the FCPA and had not remediated the situation; my company did not want to engage in business with them. My company only wanted to do business with other ethical companies. While most folks think that as long as the color of your money is green (or color appropriate for your jurisdiction) they will do business with you and your company. But not my employer; in other words, reputation can matter in the business world, around bribery and corruption.

So what does this mean for the reputation of the Astros? The Vegas betting line for the over/under in Astros losses this year is 115 and if I were a betting man, I would certainly take the over.

Ed. Note-The original post identified The Woodlands as a town within the incorporated limits of Houston. It is a town just north of Houston.

Six Steps to Implementing Continuous Monitoring in your Compliance Program

Why Should the Boss Listen to You: Compliance Professional as Trusted Advisor

Go Set A Watchman and Setting Your Compliance Message

While you are 100% correct about the Astros and the food (my daughter had a "memorable" school trip), I have to take exception to "The Woodlands, a town in the incorporated limits of Houston", We "bribed" Houston and their extraterritorial limits to go away. "That same year (2007), the Township’s Board of Directors also unanimously approved a Regional Participation Agreement (RPA) with the City of Houston and Conroe, preventing annexation of The Woodlands by the City of Houston and allowing residents of The Woodlands to determine their own future governance structure with the earliest date of May 29, 2014. http://www.thewoodlandstownship-tx.gov/index.aspx?nid=72

Jim-thanks for the clarification. I will revise. Hope you liked the rest of the article.