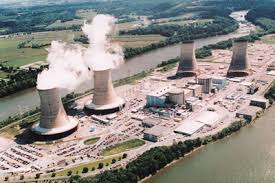 On this date in 1979, the worst accident in the history of the US nuclear power industry began when a pressure valve in the Unit-2 reactor at Three Mile Island fails to close. Cooling water, contaminated with radiation, drained from the open valve into adjoining buildings, and the core began to dangerously overheat. While plant workers were exposed to unhealthy levels of radiation, no one outside Three Mile Island had their health adversely affected by the accident. Nonetheless, the incident greatly eroded the public’s faith in nuclear power. In the more than two decades since the accident at Three Mile Island, not a single new nuclear power plant has been ordered in the United States.

One of the recognized aspects of a best practices compliance program is auditing. In many ways, auditing is thought of as one of the ways to avoid a compliance meltdown. However, in a recent article in the Texas Lawyer, entitled “How Forensic Accountants Differ from Auditors”, author Elizabeth M. Junell discussed how a forensic accountant can assist an in-house lawyer in a manner of different ways than auditors from a company’s internal audit function. I found that her article had some interesting points for the compliance practitioner.

Junell says that forensic accountants collect and analyze accounting and internal-controls evidence. They use this information to produce a fact-based report that can inform the decision-making process in inquiries, investigations and dispute resolution. The by-products of a forensic accountant’s work can include remediation strategies to help a company mitigate and remedy procedural or internal-controls gaps that allowed the underlying issue to occur. Inquiries into accounting and internal controls raise a host of technical issues requiring specialized knowledge that forensic accountants are uniquely positioned to provide. Junell contrasts these areas with that of internal audit, which she believes more often looks at process to determine if it has been adhered to in a procedure. This leads to internal auditors examining evidence to determine whether people followed prescribed processes or internal controls; this occurs, for example, in an operational Sarbanes-Oxley (SOX) or Foreign Corrupt Practices Act (FCPA) compliance audit.

Junell writes that forensic accounting differs from auditing in both its objective and skill sets. The objective of a forensic accounting assignment is to collect, analyze and report on the evidence or facts surrounding a particular act that often has litigious, fraudulent or criminal implications. Auditors also collect and analyze evidence, but an independent auditor’s objective is to attest to the credibility of assertions that are under examination, such as the material accuracy of financial statements for which the audited company’s management is responsible. However, she argues that a key role of the forensic accountant is to identify a concern and to notify company management about the issue or issues discovered.

From there Junell believes that management should determine if further investigation is warranted. If further investigation is decided upon by management, then Junell considers that “this is where objective shifts and one of the forensic accountant’s strongest skills comes in: an investigative mind that drives him or her to answer questions about what occurred, when and how it happened, and who was involved.” She expects that, at times, a forensic accountant will be required to gather facts about why an event may have occurred so that they look for answers to such questions or for other red flags in the evidence.

One of the discussions that I found interesting in her article was how a compliance practitioner might use a forensic accountant. On the initial level, a decision should be made about whether a forensic accountant should be retained as an outside consultant or hired as an employee. Junell articulates that if such professional is brought in as an employee, the position should sit in the legal department rather than the company’s internal audit department. She recognizes that in the past, many companies have used existing internal auditors to do forensic accounting work as a way to reduce costs and because the perceived similarities in the skill set and work product. She believes that this view is becoming outdated and that more companies are placing the forensic accountant position into the legal and compliance department because of the legal implications surrounding the work. Further, by placing the forensic accountant in the compliance department, it allows the maintenance of an objective approach to any assignment, since, as Junell believes, “he or she will not be governed by management or influenced by potential biases within” a company.

I found Junell’s article to have some interesting points about how a compliance practitioner and compliance department can use a forensic accountant to help create a best practices program. It might be something that you would like to consider for your compliance regime. The lesson from Three Mile Island is not that it just might keep you from having a compliance meltdown but that since that time, think about the number of nuclear plants which have been built.

Compliance into the Weeds: Episode 126-Compliance and Complexity

GSK Convicted – We are really, really sorry we paid bribes (and got caught)

How to Build a Culture of Ethics and Compliance: The Greatest Article Ever – Part I