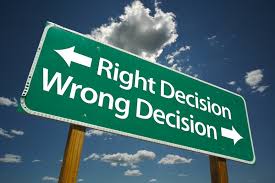 I often write about what can happen to companies who run afoul of the Foreign Corrupt Practices Act (FCPA). Usually enforcement actions focus on companies and not individuals. However, as is often pointed out by commentators other than Mitt Romney, corporations are not humans but consist of people. It is individuals who engage in conduct that violates the FCPA, just as it is individuals who engage in conduct which violates other US securities laws.

I was reminded of this in an article by Loren Steffy, of the Houston Chronicle, entitled “She offers cautionary tale for corporate employees”. In this article Steffy writes about Helen Sharkey, who worked for Dynegy Inc, a Houston company which was involved in energy trading and gas transportation. Sharkey was an accountant who worked on an assignment known as Project Alpha, which Steffy wrote was “a $300 million scheme that inflated Dynegy’s cash flow.”

In an interview with Steffy she told him that she was the lowest of seven employees assigned to the project. According to the Securities and Exchange Commission (SEC) Sharkey and others disregarded the company’s external auditor’s advice that certain forms of risk-hedging involving derivative instruments, such as commodity price swaps and interest rate swaps, would defeat Dynegy’s goal of accounting for Alpha as an ordinary operating contract and require recording it as a financing. As reported by Steffy, “If the banks didn’t have risk, it meant the deal was a loan and required different accounting treatment.”

While the Enron Corporation is the poster child for corporate fraud in Houston, three Dynegy employees went to jail over Project Alpha: Sharkey; Gene Foster, who was Dynegy’s Vice President of Taxation during the relevant period; and Jamie Olis, who was Dynegy’s Senior Director, Tax Planning and International. Foster received a sentence of 15 months in jail. Olis, who went to trial, received a whopping sentence of 24 years by the trial judge, although this was later reduced to six years.

What did Sharkey think about the deal at the time? As quoted by Steffy, “Did I feel in my gut that it was wrong? Absolutely. Did I think it was illegal? No way.” Unfortunately Sharkey did not apparently have a mechanism that she could use to raise this concern that was in her gut.

What are some of the lessons that current compliance practitioners can draw from Sharkey, Dynegy and Project Alpha?

One of the results from the actions that companies like Dynegy, Enron and others was the passage of Sarbanes-Oxley (SOX). SOX required publicly traded companies to set up anonymous hotlines to allow employees to report company wrong-doing. This is enshrined in the FCPA world as one of the Ten Hallmarks of an Effective Compliance Program as set out in the Department of Justice (DOJ)/ SEC FCPA Guidance. Under the section entitled “Confidential Reporting and Internal Investigation”, it states, “An effective compliance program should include a mechanism for an organization’s employees and others to report suspected or actual misconduct or violations of the company’s policies on a confidential basis and without fear of retaliation. Companies may employ, for example, anonymous hotlines or ombudsmen.”

Generally, employees tend to trust hotlines maintained by third parties more than they do internally maintained systems. By submitting reports through an external hotline there is a perceived extra layer of anonymity and impartiality compared to a system developed in-house. This is because there can be a fear of retaliation by employees. This fear can destroy the effectiveness of the internal reporting process and poison the corporate culture. The hotline must be seen to offer the highest levels of protection and anonymity. To encourage employee participation, the hotline should allow them to bring their concerns directly to someone outside their immediate chain of command or workplace environment – especially when the complaint concerns an immediate superior. A third party provider is also more likely to bring specialist expertise that’s difficult to match within the organization.

In almost every circumstance where a significant FCPA compliance violation has arisen, if the issue had been reported or at least sent up the chain for consideration, there is a good chance that the incident would not have exploded into a full FCPA compliance violation. Matthew King, Group Head of Internal Audit at HSBC, calls this concept “escalation” and he believes that one of the more key features of any successful compliance program is to escalate compliance concerns up the chain for consideration and/or resolution.

This means that in almost every circumstance regarding a compliance issue he had been involved with, at some point a situation arose where an employee did not report a situation or event up to an appropriate level for additional review. This failure to escalate leads to the issue not reaching the right people in the company for review/action/resolution and the issue later becomes more difficult and more expensive to deal with in the company. A company needs to have a culture in place to not only allow escalation but to actively encourage escalation. This requires that both a structure and process for this must exist. Then the company must train, train and train all of its employees. Lastly, while a whistleblower process or hotlines are necessary these should not be viewed as the only systems which allow an employee to escalate a concern.

The starkest example of which I am aware of this failure to escalate in the FCPA arena is the Hewlett-Packard (HP) matter involving its German subsidiary and allegation of bribery to receive a contract for the sale of hardware into Russia. The Wall Street Journal (WSJ) has reported that at least one witness has said that the transactions in question were internally approved by HP through its then existing, contract approval process. That witness, Dieter Brunner, a contract employee who was working as an accountant on the group that approved the transaction, said in an interview that he was surprised when, as a temporary employee of HP, he first saw an invoice from an agent in 2004. “It didn’t make sense,” because there was no apparent reason for HP to pay such big sums to accounts controlled by small-businesses, Mr. Brunner said. He then proceeded to say he processed the transactions anyway because he was the most junior employee handling the file, “I assumed the deal was OK, because senior officials also signed off on the paperwork”.

Why is training of employees regarding a hotline and the ability to escalate important in the context of an anti-corruption/anti-bribery compliance program? Training is recognized as one of the points in the Ten Hallmarks of an Effective Compliance Program and one of the elements under the US Sentencing Guideline’s Seven Elements of an Effective Compliance Program. It is also recognized in Principle 5 of the Six Principles of an Adequate Procedures compliance program as set out by the UK Ministry of Justice (MOJ). Lastly, it is recognized by the OECD in its 13 Good Practices for Internal Controls, Ethics and Compliance.

In the case of HP, think what position the company might be in today if Brunner had been trained on the company’s system for internally reporting compliance issues? If Brunner had escalated his concern that the payment to the agent “didn’t make sense” perhaps HP would not have been under investigation by governmental authorities in Germany and Russia. In the United States, both the DOJ and SEC have announced they are investigating the transaction, for potential FCPA violations. Further, HP is now investigating other international operations to ascertain if other commissions paid involved similar allegations of bribery and corruption as those in this German subsidiary’s transaction.

Steffy penultimate paragraph states, “her story lends insight into one of the most enduring questions that linger from a decade ago – how corrupt corporate cultures encouraged so many who considered themselves law-abiding citizens, to commit crimes, often without realizing it.” One of the things that I emphasize in training to employees is that if their guts turns in knots, the hair on the back of their neck stands up or if something doesn’t smell right, just raise your hand. You don’t have to know the ins and outs of the FCPA, but if something does not feel right, raise your hand and get the matter to someone who does know the ins and outs of the FCPA and who can thoroughly investigate the issue that you do not feel right about. If you do not do so, you may end up like Sharkey and, as Steffy writes as the final sentence of his piece, “The one time she wavered became a mistake she’ll regret the rest of her life.”

Boeing and the Conduct of Due Diligence on Sub-Suppliers

Amen! Good post, Tom. Sent from my Samsung Epic 4G Touch FCPA Compliance and Ethics Blog wrote: tfoxlaw posted: "I often write about what can happen to companies who run afoul of the Foreign Corrupt Practices Act (FCPA). Usually enforcement actions focus on companies and not individuals. However, as is often pointed out by commentators other than Mitt Romney, corpor"