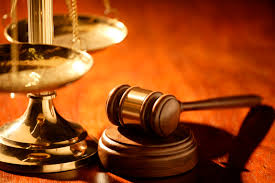 In the two most recent corporate Foreign Corrupt Practices Act (FCPA) enforcement actions, the Department of Justice (DOJ) and Securities and Exchange Commission (SEC) to communicate not only what they believe constitutes a best practices compliance program but equally importantly what actions a company can engage in which will significantly reduce a company’s overall fine and penalty. These matters involved Parker Drilling Company (Parker Drilling) and the Ralph Lauren Corporation. Parker Drilling received a Deferred Prosecution Agreement (DPA) and Ralph Lauren sustained a Non-Prosecution Agreement (NPA).

In the DOJ/SEC FCPA Guidance released last year one of the clear messages was that companies should self-disclose any potential FCPA violations. While this question is debated by the FCPA intelligentsia and in compliance/legal department across the country, one of the key takeaways is that companies should self-disclose. In the section on Declinations, which included stripped out information on six companies which received declinations to prosecute, one of the common factors was that each company self-disclosed its FCPA violation.

In the Ralph Lauren NPA, the DOJ stated that one of the factors which led to the NPA was “the Company’s timely, voluntary, and complete disclosure of the conduct”. This is contrasted with the Parker Drilling DPA, where there was no information listed regarding self-disclosure. In its Press Release announcing the resolution of the Parker Drilling matter, the DOJ stated it “stemmed from the DOJ’s Panalpina-related investigations.”

What Did You Do When You Found Out About It? Prong II – Extensive Cooperation

What Did You Do When You Found Out About It? Prong I – Remediation

Implementing one of the prongs of McNulty’s Maxim No. 3, both companies engaged in extensive remediation during the investigations. The Ralph Lauren NPA stated that “the Company’s early and extensive remedial efforts already undertaken – including conducting extensive FCPA training for employees world-wide, enhancing the Company’s existing FCPA policy, implementing an enhanced gift policy as well as other enhanced compliance, control and anti-corruption policies and procedures, enhancing its due diligence protocol for third-party agents, terminating culpable employees and a third-party agent, instituting a whistleblower hotline, and hiring a designated corporate compliance attorney – and to be undertaken, including enhancements to its compliance program as described in Attachment B (Corporate Compliance Program);”.

Parker Drilling also engaged in extensive work to create a gold standard compliance program all the while undergoing its own internal investigation. According to the DPA, “the Company has engaged in extensive remediation, including ending its business relationships with officers, employees, or agents primarily responsible for the corrupt payments, enhancing its due diligence protocol for third-party agents and consultants, increasing training and testing requirements, and instituting heightened review of proposals and other transactional documents for all the Company’s contracts.” Parker Drilling also hired “a fulltime Chief Compliance Officer and Counsel who reports to the Chief Executive Officer and Audit Committee, as well as staff to assist the Chief Compliance Officer and Counsel.” The Company worked to strengthen its internal controls. Lastly, and I hope that you remember this from the Morgan Stanley Declination, Parker Drilling implemented “a compliance-awareness improvement initiative and program that includes issuance of periodic anti-bribery compliance alerts.”

Self-Monitoring and Reporting to the DOJ

Both the DOJ and SEC continue to communicate to the compliance practitioner what they expect from companies in the way of a best practices compliance program and what a company should do if they discover a potential FCPA violation. These communications, through enforcement actions, DPAs, NPAs and Declinations, are consistent with the information provided by the DOJ/SEC in the FCPA Guidance. Both of these enforcement actions demonstrate that if a company gets ahead of the curve, it can significantly lessen its overall penalty and pain.

Who Will Have the Better Season?