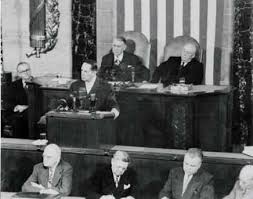 Today in history should be known as “End of Military Leaders Day” as not only is this the 199th anniversary of Napoleon’s exile to Elba (although he did make somewhat of a comeback) it is also the 62nd anniversary of Truman’s sacking of Douglas MacArthur (although MacArthur did get to address Congress). Whatever you think of these two men as human beings, you cannot under-rate them as great leaders of armies. They both were able to get men to achieve far beyond what they believed were their capabilities. I thought about great generals and other leaders when reading a recent article in the New York Times (NYT), Corner Office section where reporter Adam Bryant interviewed Dr. David Rock, in an article entitled “A Boss’s Challenge: Have Everyone Join the ‘In’ Group”. In this piece, Bryant highlighted some of the mechanisms which Rock, who is the director of the NeuroLeadership Institute (NLI), believes that it is important for managers to make employees feel like they are on the same team.

Generally speaking Rock believes that the brain categorizes everything into one of two categories: threat or reward. He thinks people are driven unconsciously to stay away from threat and are driven unconsciously to go toward reward. This decision about threat or reward happens five times every second. But this can all be very subtle as employees are making this decision about everything good or bad all the time. He has based this theory on research in the last 10 years or so which he believes demonstrates that things that create the strongest threats and rewards are social. Social threats and rewards activate what’s called the brain’s primary threat-and-reward center, which is actually the pain-and-pleasure center. This was a big surprise, to see that someone feeling left out of an activity, for example, would activate the same regions as if they had put their hand on a hot plate.

He breaks these concepts down with the acronym SCARF; which stands for status, certainty, autonomy, relatedness and fairness. I found that these concepts had some useful analogies for the compliance practitioner in not only how to engage employees, but also to have them buy into and become a part of a company’s compliance regime.

Rock believes that status is your perception of where you are in the pecking order around you, and it’s a feeling of being better or worse than others. People feel uncomfortable until we work out our status with people. We are more comfortable and we’re more effective when there is a clear status arrangement between people. When we feel a higher status, we get a slight reward. When we feel lower status, we get a strong threat. The challenge is that if somebody continuously fights for high status, all the other people around them might be getting a strong threat response.

Certainty is critical. Rock believes that the feeling of uncertainty feels like pain, when you can’t predict when the lights will come back on and you’re holding multiple possible futures in your head. That turns out to be cognitively exhausting. And the more we can predict the future, the more rewarded we feel. The less we can predict the future, the more threatened we feel. As soon as any ambiguity arises in even a very simple activity, we get a threat response. So we are driven to create certainty.

For the compliance practitioner, I think this is where the ‘we all wear the same color shirt’ concept is important. When compliance looks into something or looks at how processes are being followed in business units, it should not be perceived as a threat to employees but how to work better and more efficiently in the context of compliance.

For Rock, autonomy is a sense of control. While it is similar to certainty he believes that there are differences. Certainty is prediction. Autonomy is control. And it’s a very important thing for us to feel a sense of control, so much so that a small stress where you have no control generally is in fact a very big stress. When autonomy goes down, it’s a strong threat. So when the boss walks in the room, they’ve got the final say, so suddenly your autonomy goes down.

For the compliance practitioner, I think that setting clear expectations can help employees in this area. The more that they understand what is required of them the more that they understand their obligations. This includes any compliance component of evaluations or bonuses. The more you can explain, teach and educate, the more employees will recognize what is required of them.

Rock next spoke about ‘relatedness’ which he believes is the decision about each person we interact with, for example other employees, which impacts basic processing. This decision boils down to “Are you in my ‘in’ group or in my ‘out’ group?” If an employee decides that they are part of your “in” group, they will process what you say using the same brain networks as thinking your own thoughts. Conversely, if they decide they are in your “out” group, you use a totally different brain network. So the very level of unconscious perception has a huge impact based on the decision of: “Is this person similar to me? Are they on my team? Do we have shared goals, or are they in my out group?” This is also the same of teamwork and collaboration. It feels good to be with “in” group members. But we basically treat everyone as foe until proven otherwise, with the exception of really attractive people or if you’ve had a moderate amount to drink.

The important question for the compliance practitioner becomes, “How do we create an ‘in’ group for compliance?” If you can create shared compliance goals among people, you can create quite a strong “in” group fairly quickly. When you can find a shared goal, you turn an “out” group” into an “in” group. But this requires a company leader to create shared goals across an organization; otherwise an organization will be a series of silos.

For the compliance practitioner I think the domain where leaders can have the biggest impact is relatedness. Many people have had a boss they really wanted to work hard for because they respected them. It doesn’t have to be love, but it does have to be a sense of respect. And I think that those bosses have worked hard to have a sense of relatedness with people, which comes from having shared goals and making sure there’s a feeling of being on the same team, not a sense of “us” and “them.”

The final one is fairness, Rock says that it is “very fundamental.” A fair exchange of anything is intrinsically rewarding. An unfair exchange of anything is intrinsically threatening – and not just threatening, but very intensely threatening. Fairness is about several things. First and foremost the compliance practitioner must treat everyone fairly, from the ‘board room to the shop floor’ so that if someone violates the compliance program they are promptly investigated and disciplined, if warranted. But it also means transparency so that employees understand what their obligations are and what rewards they will receive if they meet those obligations.

Bryant’s article has some interesting insights for not only compliance leadership but also for compliance engagement. While you may not get the blind devotion that Napoleon and MacArthur were able to engender, you may be able to obtain better buy-in and strength for your compliance program.

Compliance Man Goes Global – Episode 5: You Really Like Me!

To Give or Not To Give and If So How, Under the FCPA