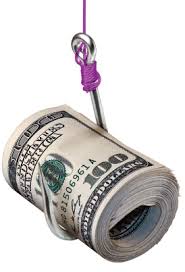 One of the oft-heard criticisms of the Department of Justice (DOJ) and Securities and Exchange Commission (SEC) is the lack of individual prosecutions under the Foreign Corrupt Practices Act (FCPA). That may well be on its way to changing as April 2013 may become known as “FCPA Individuals Month” for the charges and enforcement actions brought against various individuals for FCPA violations. The DOJ and SEC used several different types of enforcement actions, both criminal and civil, against a variety of individuals over the past month.

Defendants DuBois and Uhl pled guilty in January, 2012 and had their pleas unsealed on April 5, 2013. Defendants Kowalewski and Jensen were charged by Criminal Indictment, also in January, 2012, but are still at large today. The DOJ Press Release states that “The two remaining defendants are believed to remain abroad.” The bribes were characterized as “commission payments” and “referral fees” on the company’s books and records. Payments were made from both international and company bank accounts here in the United States. In other words, this was as clear a case of a pattern and practice of bribery, authorized by the highest levels of the company, paid through US banks and attempts to hide all of the above by mis-characterizing them in the company’s books and records.

Two individuals from the company later identified as Alstom were charged or had their charges made public in April. According to a DOJ Press Release dated April 16, 2013, “Frederic Pierucci, 45, a current company executive [of Alstom] who previously held the position of vice president of global sales for the Connecticut-based U.S. subsidiary, was charged in an indictment unsealed yesterday in the District of Connecticut with conspiring to violate the Foreign Corrupt Practices Act (FCPA) and to launder money, as well as substantive charges of violating the FCPA and money laundering.” Pierucci was arrested. A former Alstom executive, “David Rothschild, 67, of Massachusetts, a former vice president of sales for the Connecticut-based U.S. subsidiary, pleaded guilty on Nov. 2, 2012, to a criminal information charging one count of conspiracy to violate the FCPA.”

In a post by the FCPA Professor, entitled “Current And Former Alstom Employees Charged In Connection With Payments In Indonesia”, he stated the two were involved with the following: “The conduct at issue concerned the Tarahan coal-fired steam power plant project in Indonesia.” Both were charged around the same set of facts. Pierucci and Rothschild, together with others, paid bribes to officials in Indonesia, including a member of Indonesian Parliament and high-ranking members of Perusahaan Listrik Negara (PLN), the state-owned and state-controlled electricity company, in exchange for those officials’ assistance in securing a contract for the company to provide power-related services for the citizens of Indonesia, known as the Tarahan project. The charges allege that, in order to conceal the bribes, the defendants retained two consultants purportedly to provide legitimate consulting services on behalf of the power company and its subsidiaries in connection with the Tarahan project. In reality, however, the primary purpose for hiring the consultants was allegedly to use the consultants to pay bribes to Indonesian officials.

The Pierucci Indictment specified the following Counts for violations of the FCPA involving the first consultant.

In a blog post, entitled “The Danger of FCPA “Proactive” Investigations”, Mike Volkov stated “At the recent Dow Jones Compliance Symposium in Washington, D.C., an FBI official warned the attendees that the Shot Show debacle would not deter law enforcement from using proactive investigations techniques. It was a stark warning because it was realized in less than thirty days.” This was dramatically demonstrated with the arrest of Frederic Cilnis.

An article in the Financial Times (FT), entitled “FBI sting says that ‘agent’ sought to have mining contracts destroyed”, it was reported that “Frederic Cilins held the last of a series of meetings with the widow of an African dictator to discuss what she was going to do with some sensitive documents.” What were these ‘sensitive documents’? The FT reported that it had seen “some of the documents” and “According to one copy of a contract seen by the FT” it appeared to agree to pay $4m the wife of the then President of the country to help to secure rights to a mining concession in Guinea. Unfortunately for Cilins he “did not realise that the woman he was talking to was wearing a wire and that FBI agents were watching. As he left the meeting, the agents arrested him carrying envelopes filled with $20,000 in cash, the indictment says. That was a pittance compared with the $5m he was taped offering the dictator’s widow during what US authorities say was a two-month campaign to tamper with a witness and destroy records.”

Uriel Sharef was a former officer and board member of Siemens. According to the SEC Press Release announcing resolution of his matter, “The settlement resolves the Commission’s civil action against Sharef for his role in Siemens’ decade-long bribery scheme to retain a $1 billion government contract to produce national identity cards for Argentine citizens. The final judgment, to which Sharef consented, enjoins him from violating the anti-bribery and related internal controls provisions of the FCPA and orders him to pay a $275,000 civil penalty, the second highest penalty assessed against an individual in an FCPA case.”

The FCPA Professor, in his April 19 Friday Roundup, posed the following “The burning question of course is whether the SEC would have prevailed against Sharef if he put the SEC to its burden of proof. As highlighted in this previous post, Sharef’s co-defendant, Herbert Steffen, did just that and in February Judge Shira Scheindlin dismissed the SEC’s complaint against Steffen finding that personal jurisdiction over Steffen exceeded the limits of due process.” However, the SEC Press Release seemed to anticipate this query by stating that “Sharef met with payment intermediaries in the United States and agreed to pay $27 million in bribes to Argentine officials. Sharef also enlisted subordinates to conceal the payments by circumventing Siemens’ internal accounting controls.”

In the month of April, the US enforcement agencies certainly seemed to be answering the questions about bringing FCPA criminal charges and civil complaints against individuals. You may quibble about the sentences handed out in the BizJet case but that is another discussion for another day. For those who may have thought that the use of wire taps, cooperating witness and other proactive federal law enforcement techniques may not be used in FCPA cases after the Gun Sting cases dismissals, such techniques were used in both the BizJet matters and the action against Cilnis. Lastly, one phone call to the US may not create in personam jurisdiction but if you come to the US and engage in conduct which violates the FCPA, personal jurisdiction will attach.

King Arthur Week: Part III- The Round Table and Compliance Professionals as Whistleblowers