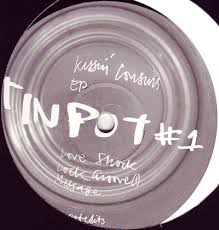 “I never failed a drug test” has become one of the iconic lines of performance enhancing drug (PED) cheats from Lance Armstrong to A-Rod. This denial has a kissing cousin in the Foreign Corrupt Practices Act (FCPA) world in the phrase, “He (or she) is not our employee”. How do these two kissing cousins relate to each other? Both phrases are absolutely meaningless when it comes to the underlying conduct. Why? Because we all know (or should know); violations of the FCPA can occur for direct, i.e. your employee, or indirect, i.e. not your employee, conduct.

In the FCPA world, there was a stark example of this reported in two articles in the Weekend Edition of the Financial Times (FT) about the arrest of Frederic Cilins, a French citizen for seeking to obstruct a federal grand jury investigation about alleged FCPA violations. The two articles were “Contracts link BSGR to alleged bribes” (mine rights article) and “FBI sting says that ‘agent’ sought to have mining contracts destroyed” (FBI sting article). Both articles were by the same triumvirate of FT reporters, Tom Burgis, Misha Glenny and Cynthia O’Murchu.

The mine rights article reports that underlying matter revolved around allegations that “The resources arm of Beny Steinmetz Group agreed to pay $2m to the wife of an African president to help it secure rights to one of the world’s richest untapped mineral deposits, according to documents seen by the Financial Times”. These payments were allegedly memorialized in “Copies of two contracts from 2007 and 2008, apparently signed by BSGR’s representatives in the mineral-rich west African nation of Guinea, set out agreements for the company to make payments and transfer shares to Mamadie Touré, wife of the then president Lansana Conté.” As the quid pro quo for these commission payments, “Ms Touré would take “all necessary steps” to advance its efforts to win rights to the Simandou deposit, a February 2008 contract says. A further $2m would be dispersed among other people to facilitate the acquisition of the rights.”     While Mr. Cilins has been described by the Guinean government as “an agent of BSGR” the company was quoted in the article as saying, “Mr Cilins was not one of its employees”.

The mining rights dispute centers around a contract that the company received days before the death of the President of Guinea. The mining rights article also reported that “the Guinean government granted BSGR rights to half the Simandou deposit, having earlier stripped them from rival mining house Rio Tinto. After spending $160m developing its assets in Guinea, 18 months later in April 2010 BSGR sold a 51 per cent stake of its Guinean venture to Vale of Brazil for $2.5bn. One African mining veteran described BSGR’s sale as the “best private mining deal of our generation”.”

As interesting as all of the above is, it was the FBI sting article that had some very interesting details. Before I get to the issues involved I have to cite to yesterday’s blog post by Mike Volkov, entitled “The Danger of FCPA “Proactive” Investigations”, where he stated “At the recent Dow Jones Compliance Symposium in Washington, D.C., an FBI official warned the attendees that the Shot Show debacle would not deter law enforcement from using proactive investigations techniques. It was a stark warning because it was realized in less than thirty days.” Spot on Mike.

The FBI sting article reported that on Sunday April 14, 2013, “Frederic Cilins held the last of a series of meetings with the widow of an African dictator to discuss what she was going to do with some sensitive documents.” Unfortunately for Cilins he “did not realise that the woman he was talking to was wearing a wire and that FBI agents were watching. As he left the meeting, the agents arrested him carrying envelopes filled with $20,000 in cash, the indictment says. That was a pittance compared with the $5m he was taped offering the dictator’s widow during what US authorities say was a two-month campaign to tamper with a witness and destroy records.”

What were these documents that “Cilins was allegedly so keen to destroy”? The FT reported that it had seen “some of the documents” and “According to one copy of a contract seen by the FT, dated February 27 2008 and which appears to be signed by Asher Avidan, BSG Resources’ head in Guinea, the company agreed to pay $4m to secure rights to Simandou. That would be split into $2m to be distributed among “people of goodwill who contribute to facilitating the assignment” of the rights and $2m for a company called Matinda. Ms Touré’s name is listed on the contract and her signature appears on it. She is named in US corporate records as the registered agent of a company also called Matinda, based at a Jacksonville address.”

The FBI sting article also revealed a bit more of the history of the underlying mining rights at issue. The Australian company Rio Tinto “held the rights to the whole of Simandou, a mountain range groaning with iron ore in Guinea’s remote interior, for a decade. But in August that year, the Conté government withdrew the mining group’s concession, saying it had taken too long to develop a mine. In December, just days before the dictator’s death, the government signed over half the rights to Simandou to BSGR. Vale of Brazil, the world’s biggest iron ore miner, bought a 51 per cent in BSGR’s Guinea assets in April 2010. Late last year, as a Guinean government committee levelled corruption allegations against BSGR, Vale put the Simandou project on hold. Earlier this month, it suspended payments on the $2.5bn it agreed to pay for its stake.”

The FBI sting article also reports that BSGR said that “Mr. Cilins was not one of its employees.” However, the FT article reported that the indictment which led to the arrest of Cilins describes “a company that in 2008 acquired rights to half of Guinea’s Simandou iron-ore deposit after it had been stripped from another miner points in one direction: the resources arm of Beny Steinmetz Group, the conglomerate managed on behalf of the family of Israeli diamond tycoon, Beny Steinmetz. Mr Cilins has been described by the Guinean government as an agent of BSGR. The company said Mr Cilins was not one of its employees.” And while “Neither does the indictment identify the woman who has sought immunity from prosecution in exchange for co-operating with the FBI investigation and helping to deliver Mr Cilins. It refers only to a “former wife of a now deceased high-ranking official in the government of Guinea” who was approached by Mr Cilins at the inception of the alleged bribery scheme.”

As the mining rights article noted, “BSGR said in a statement to the FT on Friday: “Allegations of fraud in obtaining our mining rights in Guinea are entirely baseless. We are confident that BSGR’s position in Guinea will be fully vindicated.”” And, of course, there is that ubiquitous “not our employee”. Whatever the real answer is it will be very interesting to see how all this plays out.

What about the obstruction of justice charge? First, it should be noted that this charge is nothing like the charge brought and later dropped against Rose Carson in the Control Components Inc. matter, where it was alleged she destroyed documents before meeting with company investigators. Here the allegations are attempts to destroy documents in the face of a federal investigation. What about the FBI sting part of all this? It looks like what the agent said, as quoted by Mike Volkov in his piece, was very prescient. Maybe the lesson is simply don’t destroy documents or even don’t engage in bribery.

What is your FCPA Investigation Protocol?