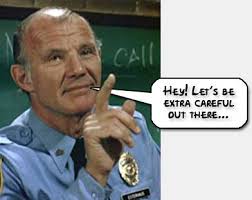 Last weekend in the Financial Times (FT) was a report by Tim Burgis of an interview he held over a lunch meeting with the Angolan Isabel dos Santos, who Forbes magazine recently declared “the continent’s first female billionaire.” Ms. dos Santos is the daughter of José Eduardo dos Santos, who has been Angola’s president for the past 33 years. The interview was a fascinating insight into how doing business in some countries under US or UK anti-corruption and anti-bribery laws can be so challenging.

Burgis quoted an un-named expert who described Angola as a place of “corny capitalism” where those with connections to “the Futungo, as the presidential coterie is known (after Futungo de Belas, the old presidential palace) have made fortunes.” Ms. dos Santos denied that she is involved in politics, claiming that she is only interested in business. Interestingly, Burgis quoted her as stating “I’m not involved in politics and I’ve never had any political role. I’ve never been in office. I’ve never taken any public administrative jobs. So, like I said, I don’t work with the government.”

Some of her business interests “include stakes in two Portuguese banks, BIC and BPI, and a communications group called ZON Multimédia and an indirect holding in Galp, a Portuguese energy group with assets from Mozambique to Venezuela.” While admitting that the “oil industry is politically driven” she insisted that in the business sectors in which she is involved “politics don’t come into it”, she says, even if her own big moment came when she was part of a consortium that won a public tender for Angola’s second mobile telephony licence in the late 1990s.”

Burgis noted that there are believed to be many ways for the well connected to make lots of money in Angola. He wrote, “There are, however, easy ways to make money if you’re connected in Angola, particularly in the resources industries, where top officials and generals have been known to take hidden stakes in ventures led by oil majors and to enjoy titles to diamond-bearing land.” He also went on to note that these systems may be perpetuating the overall poverty in African countries such as Angola when he said that “There are those who would say that corrupt models lie at the heart of the power structures that keep most Africans poor and unable to call their rulers to account.”

He noted that Ms. dos Santos has recently become involved in the energy sector through her partnership with the Portuguese businessman, Américo Amorim and his company Amorim Enereria. Burgis wrote “I ask her to clarify how those energy interests tie in with Sonangol, the Angolan state-owned oil company with assets from Iraq to Brazil that some critics perceive as a Futungo fiefdom. She fends off my questions before fixing me with the look one might give a particularly vexing eight-year-old. “The business is relatively complex because, when you structure a business, you have to look at different aspects from legislation to taxation, to governance, issues like that.”

Near the end of their lunch Burgis asks the following question do you “call up the governor of the central bank and tell him what to do? “In which country?” she quips. We laugh merrily.” She went on to explain how she did have the reputation for extraordinary power. Burgis quoted her as saying, “Well, it’s very difficult, I would imagine, to distinguish father and daughter. And maybe some of it comes as I’m doing my thing and my father being a very strong political African figure for so many years. Whatever he does is almost like some kind of cloud on top,” she says, reaching for the right metaphor and waving a hand over her head, as though her father were some celestial phenomenon. “So maybe some of these ideas come from this cloud-over effect from his position. But, no, I don’t call the central bank and I most certainly don’t give them instructions.”

Even from the head feigns, non-responsive and jocular tone of many of these answers, one can see just how challenging doing business in Angola can be for any company subject to the Foreign Corrupt Practices Act (FCPA) or UK Bribery Act. The first issue that would seem to pop up is just who are you doing business with and are they a Politically Exposed Person (PEP). Burgis specifically states “top officials and generals have been known to take hidden stakes in ventures led by oil majors”. Whether such interests are hidden or not, it is the responsibility of any US or UK company to perform the appropriate level of due diligence to ascertain whether they are doing business with such governmental officials. I have heard more than one Chief Compliance Officer (CCO) say that they had to pull the plug on a business proposition because they could not determine the beneficial owners of an entity with which they were considering doing business.

What about a country such as Angola, where people move freely between government and business. Once again if it is later determined that your company is in a joint venture or other business relationship, and your local partner obtains a government appointment during the pendency of the business relationship, it is up to your company to find out that information. This requires ongoing monitoring through company or software which alerts you when someone moves to becoming a PEP.

This is where it is critical that compliance terms and conditions be put into a contract for any such business relationship. Initially, you should have contract protections in place which require any business partner who obtains a government appointment to notify you. This should also be included with a clause that allows the contract to be terminated if the appropriate anti-corruption/anti-bribery protections cannot be put in place if such an eventuality occurs.

Clearly there are no easy answers to the quandary of doing business in a country such as Angola. With many of the top government officials, energy company higher-ups and extractive mineral elite not only closely related to each other but moving seamlessly between all three groups; a company under the FCPA or Bribery Act must tread very carefully. Or to quote the signature line from Hill Street Blues, “Let’s be careful out there.”

This Week in FCPA-Episode 223 – the FinCen Papers edition

Godspeed to John Glenn and Failures at Deloitte