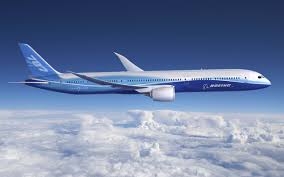 Over the past three months, the aircraft manufacturer Boeing has gone through a public relations nightmare and financial disaster over the failure of lithium-ion batteries in its new flagship aircraft, the 787. This Boeing case study can provide some interesting lessons for the compliance professional who is working under a Foreign Corrupt Practices Act (FCPA) or Bribery Act compliance program.

One of the issues raised over this matter was the use of third party supplier and subcontractors to third party suppliers for the design and manufacturing of the batteries. As reported in a New York Times (NYT) article by James B. Stewart, entitled Japan’s Role in Making Batteries for Boeing, the construction of the batteries at issue was outsourced by Boeing to a Japanese company called GS Yuasa. Stewart’s article points out the need for close review of suppliers and what can happen if the quality does not meet the standards required for the project. In an article entitled, “Boeing and the Conduct of Due Diligence on Sub-Suppliers”, I considered the use of sub-suppliers from the anti-corruption/anti-bribery compliance program perspective. In this post, I will consider Boeing’s response to the problem of the failure of the lithium-ion batteries.

In a Wall Street Journal (WSJ) article, entitled “How Boeing Rescued the 787”, reporter Andy Pasztor discussed the background to Boeing’s problems and the company’s response. The planes, which have been grounded since mid-January due to “The images of the burned batteries—one of which prompted an emergency landing and passenger evacuation of a Dreamliner in Japan—tarnished a plane that Boeing executives have said is key to its future.” While the company has not “disclosed the cost of the 787’s grounding, but analysts say the company could have to pay penalties to customers. The grounding also halted new Dreamliner deliveries, delaying hundreds of millions of dollars in revenue.” Further, the public relations disaster was palatable.

Somewhat naively, after the initial grounding, Boeing executives “told FAA officials that a few easy changes in cockpit checklists, some enhanced battery inspections, and stepped-up surveillance of battery health during flights would be enough to solve the problem.” But that was not good enough for Transportation Secretary Ray LaHood who said at “a news conference the planes wouldn’t resume flying until regulators were “1,000% sure” they were safe.” Based on this statement, it became clear to Boeing that “the FAA would insist on more extensive and time-consuming changes.”

Yet, even in the face of Secretary LaHood’s pronouncement, Boeing’s engineers were frustrated in all their attempts to determine the cause of the batteries’ failures. As reported by Pasztor, “By the end of the first week on the ground, Boeing “had 500 engineers dedicated to understanding” the complex technical issues, Mike Sinnett, the 787’s chief engineer, said last month. Their next focus was to try to pinpoint the specific cause of internal battery short circuits, and develop a targeted engineering solution. Boeing teamed up with government investigators from the U.S. and Japan, but the goal remained elusive.”

From these initial frustrations, Boeing engineers turned to the concept of a “containment box.” The containment “box serves several purposes: withstanding higher temperatures than the old design, and keeping dangerous chemicals from leaking. It also vents smoke outside the plane, and in the event of overheating automatically sucks oxygen from the battery. That is intended to snuff out any fire in a fraction of a second.”

I think that Secretary LaHood was on to something when he said that the 787 would not fly again until “regulators were “1000% sure” they were safe.” It is not simply a fix on a specific issue, although that is a part of any solution. But the solution must be reviewed with a holistic approach in mind. There must be additional protections in place so that if there is another failure, that failure will be contained. For Boeing this would prevent a replay of the scene on the Japan Airlines 787 where a fire in the lithium-ion batteries spread outside the battery itself.

From the anti-corruption/anti-bribery compliance program perspective what I found interesting was the final solution which Boeing hit upon, even if forced to by Secretary LaHood. Since Boeing was not able to determine the specific cause of the lithium-ion batteries failures, it took a more systemic approach to the remedy. The company “shifted to wide-ranging internal battery fixes aimed at combating a variety of potential causes.” This is the type of response which we saw highlighted in the Department of Justice (DOJ)/Securities and Exchange Commission (SEC) FCPA Guidance released last year. In the section on ‘Declinations’ the Guidance had information on six declinations to prosecute companies who self-disclosed FCPA violations. Two of the common factors to each declination were that (1) each company remedied the specific matter which gave rise to the FCPA violation but equally importantly (2) each company made their overall compliance program more robust.

In other words, do not simply remedy the conduct at issue; make sure you catch it quickly before it spreads. This would also equate to McNutly Maxim’s One and Two. 1-What did you do to prevent it?and 2-What did you do to detect it? Or as my process oriented wife might say, ‘you need a second set of eyes on it’ to validate the process and prevent failure in the process.

Perhaps the most interesting thing about this entire Boeing 787 episode is to show the intersection of anti-corruption/anti-bribery compliance and safety. I have often pondered how closely these disciplines seem to interact and overlap. I think that this Boeing situation shows that we in compliance can learn quite a bit from our colleagues in safety.

The Seven Deadly Sins for a Compliance Program

Proactive Use of Systemic Compliance Successes in an FCPA Enforcement Action

What are the Odds in Your FCPA Compliance Investigation?