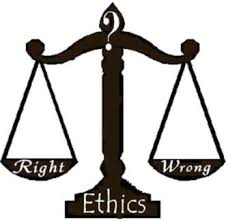 I am attending Compliance Week 2013 through Wednesday. As usual Matt Kelly and the Compliance Week team have put together a first rate program for the event. There have been, and will be over the next couple of days, some very informative panels, speakers, roundtables and conversations. The conference began today with a talk by Retired Major General Lewis MacKenzie, the former head of the United Nations peacekeeping forces. Although General MacKenzie’s choice as the initial keynote speaker of the conference might not seem self-obvious, I found Matt Kelly’s invitation to the General to speak and his position as the first speaker on the first day of the conference, were both inspired decisions.

The theme of his talk was how to maintain ethical leadership under difficult circumstances. Matt Kelly posed the question to the General of “how do you speak the truth to power?” The General began his remarks by giving his definition of leadership, which as he said was “getting people to do what they don’t want to do and having them enjoy it while they are doing it.” Based on that definition and his remarks below, I came to see why Matt wanted the General to speak to a gathering of compliance professionals on ethical leadership under difficult circumstances.

The General said that it all starts with a leader being him or herself, after they take the reins of leadership. He believes that people usually rise to a high level in an organization because of technical competence, coupled with the relationships they developed along the way. He believes that a leader must strive to maintain those relationships because that is the key to information flow both upwards to the top and down through the organization. A leader must take all pains not to become isolated.

The General believes that relationships work in several critical areas. The first is that a leader can utilize the talents of his subordinates to not only understand but to overcome obstacles. But equally important is that by having a relationship with someone, it may provide an avenue to resolve a matter before it blows up into a full financial reporting issue or even criminal issue. He said that he would try to find out the one thing that his troops were passionate about and he could use that information “as a window into what they think about the organization.”

He designated his next point with the acronym, LWWA, or ‘leading while walking around’. He said that to get people to do things, a leader must get out of the office and talk to people. But he cautioned that it is more than simply talking to people, as he believes a critical skill of a leader is to listen as well. To this skill, he said that rather than hear someone and think about what your response might be, you should actually listen to what they have to say. He found that by listening good ideas could come up to him and then he could implement them and get the credit.

The General talked about courage. By this he did not mean the courage to lead a charge up a hill, but rather, he meant the courage to say no and to hear someone who says no to you. He believes it is the job of a leader to set the tone for an organization. A leader must teach his subordinates to have the courage to disagree with him or as he said “disagree without being disagreeable”. If one of the first things you do in a leadership position is belittle or defame publicly someone who disagrees with you, no one will do so in the future.  For a leader to succeed, the General believes that a speak up culture must exist. To do so, a leader must make it acceptable and safe for subordinates to say no.

It is the job of a leader to accept responsibility. In an interesting exercise, the General asked the entire audience of over 500 conference participants to raise their hand if they had ever been criticized for being ‘too responsible’. He then asked anyone in the audience to raise their hand if they had criticized someone else for being ‘too responsible’. No one person raised their hand in response to either query. It is clear that the General believes a leader must take responsibility. Further, there is no ‘but’ which follows the line “I am responsible”. In other words, no ifs, ands, or buts are allowed when it comes to a leader taking responsibility.

The General said that one of the best ways he found to motivate people was to give them a job which had difficult but not impossible objectives to success. This has two benefits. The first was that most people would be motivated to try and achieve the difficult objective. However the second was more long term. By achieving the results, the person or team had something to brag about and it gave them greater confidence going forward. This is particularly true if there is a metric which can be used to demonstrate the overcoming of the obstacle. However, a leader must not set a high or unreasonable objective that it can only be achieved by “breaking the back of the organization.”

The General took some questions from the audience. One that I found applicable to the compliance arena was about resources. Specifically he was asked how to carry out missions with limited resources. He tied his answer back into his thoughts on relationship. He said that people want to contribute their ideas. If you give them a means to do so, in a speak up culture, they can be your best resource. An army has often times to do more with less and must do so on the fly. But this same concept translates to civilian employees who want their company to succeed and can stand ready with ideas to assist you moving forward toward your objective.

If you are a Chief Compliance Officer (CCO) or in a senior leadership position, you should think about the General’s remarks in the context of what you and how you do it, within your organization. Do you have relationships with other key members of senior management so that you can go to them, not only when things are going well, but more importantly when they are not going well or a crisis has arisen? Do you have a speak up culture at your company? If not why not, as that certainly is a part of any best practices compliance program under the Foreign Corrupt Practices Act (FCPA) or UK Bribery Act.

Lastly, think about the General’s remarks on resources. One never has all the resources you need or even think that you want. But use the talent that is available to you. There are other professionals in your company who do not work in the compliance department but are equally dedicated to doing business ethically and in compliance. Human Resources and Internal Audit are but two prime examples. Seek them out and ask their assistance. I think you may be well surprised at the solutions they can provide or suggest to you.

As I said, by the end of General MacKenzie’s talk, I had come to believe that Matt Kelly made an inspired decision not only to invite him to speak to the conference but to be the first speaker out of the box. It has set a great tone for the event.

The Affiliated Monitors Expert Podcast Series -What areas should be assessed in an overall compliance program assessment?

The FCPA Compliance and Ethics Report