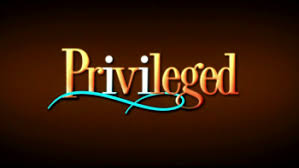 There is often a discussion about the retention of outside counsel to lead an investigation of alleged violations of the US Foreign Corrupt Practices Act (FCPA) so that the company may maintain the attorney-client privilege. But is there some other privilege which might be lurking in this relationship? This question was discussed in an article in the May issue of the ABA Journal, entitled “Inside Story”, by Mark Curriden, which details a discovery dispute before the Georgia Supreme Court where a law firm has claimed that it enjoys an attorney-client privilege in a malpractice claim brought by a former client. The case involves allegations that communications between a law firm and its in-house counsel are privileged in favor of the law firm and poses the following query: “whether communications between lawyers and in-house counsel are protected by the attorney-client privilege and the work product doctrine when a dispute arises between the firm and a client.”

The case involves three lawyers from the Savannah, GA law firm of Hunter, Maclean, Exley & Dunn PC (Hunter Mclean). The law firm had prepared certain real estate sales contracts, which were used by the firm’s client, St. Simons Waterfront LLC. After buyers began to opt out of these contracts to purchase certain properties, the law firm suggested that the company negotiate with the purchasers.

The company demanded that the law firm work to enforce the agreements. Curriden wrote that “The lawyers for Hunter Maclean took the scolding as a sign that St. Simons Waterfront was planning a malpractice claim against them and contacted the firm’s in-house counsel immediately after the call.” He quoted the lawyer for St. Simons Waterfront who said that “Within minutes of the conference call, Hunter Maclean lawyers were already taking legal steps to defend themselves for litigation, even though they were still representing the client and would continue to represent the client for another three months.”

Indeed later, the client sued the law firm for malpractice in the drafting of the real estate contracts, in a case styled, St. Simons Waterfront v. Hunter, Maclean, Exley & Dunn. The dispute currently before the Georgia Supreme Court is over certain documents that the law firm claims is its internal attorney-client privileged communications , specifically including a 33-page memo from the firm’s own in-house lawyer describing the Feb. 18, 2008, conference call referenced above, that lawyers at the firm wrote the day after the telephone conversation occurred.

Susan W. Cox, counsel representing Hunter Mclean, said that “The documents and communications sought involve efforts by the firm to investigate, evaluate and consider how to respond to the client’s asserted claim.” Curriden further quoted her as stating that “Under the plaintiff’s argument, Cox says, “a law firm would have to immediately withdraw from any further client representation, regardless of the harm to the client and regardless of whether the client consented to the additional temporary and necessary representation, in order to protect its in-house information from disclosure in the malpractice claim. It was impossible for Hunter Maclean to immediately withdraw without causing great harm to the client. Under Georgia and federal law, the attorney-client privilege is interpreted to protect against disclosure of information obtained or shared in a confidential relationship, and that applies equally to communications with in-house and outside counsel.””

However, the trial court disagreed with the law firm’s position and ordered production of the documents “ruling that the privilege didn’t apply because Hunter Maclean failed to inform the client about its conflicts. The judge ordered Hunter Maclean to turn over the internal documents that St. Simons Waterfront was seeking.” Then “The Georgia Court of Appeals reversed, ruling that the firm’s communications with in-house counsel remained privileged because the in-house counsel was completely isolated from the St. Simons Waterfront legal work and thus did not have a conflict. St. Simons Waterfront appealed to the state supreme court. Oral arguments were held in March.”

The article posited the two schools of thought on this question. Attorney John G. Nelson, counsel for the St. Simons Waterfront, was quoted as saying “The appellate court’s reasoning “makes it too easy for law firms to conceal unethical conduct from clients…If the client’s attorneys consult with the in-house attorney—not for the purpose of meeting their ethical obligations to the client but to cover up their own malpractice, and the in-house attorney assists them in doing so—the firm could withhold that information simply because the in-house attorney was ‘segregated’ from directly representing the client.”” Nelson further said that “The reason is simple: When a law firm represents a current client, the entire law firm’s fiduciary and ethical duties are to that client.”

However at least 13 law firms which are not parties to this dispute, signed an amicus brief in support of the law firm in the discovery dispute. Interestingly, the American Bar Association (ABA) filed an amicus brief which stated the ABA “takes no position on whether the privilege and work product claims in this case should be sustained.” After quoting this statement, Curriden goes on to quote from the ABA’s amicus brief that ““the ABA urges that lawyers’ communications when seeking legal advice from their in-house counsel should be broadly protected because of the benefits to their clients and the legal system, and to lawyers and their firms,” states the association’s brief. “Lawyers face an increasing array of legal and ethics duties, and the availability of in-house advice, without the cost or inconvenience of seeking an outside lawyer, encourages lawyers to pursue internal investigations where questions of misconduct or malpractice arise.”” Therefore, the attorney-client ““privilege should not be abrogated or limited except for compelling reasons.” But this analysis changes “if it is concluded that the client may have a malpractice claim against the lawyer,” states the brief. “Whether the privilege as to further in-house consultations is abrogated or limited during a continuing representation might become a question of fact for the trial court as to whether the client were promptly and adequately informed of the potential claim.””

As a former in-house counsel I certainly find it troubling if, at the slightest spat between a law firm and a client, the law firm then ‘lawyers-up’ and girds for a lawsuit. One of the greatest things about the legal profession is that it holds the highest duty possible to its clients. If a law firm is taking a position contrary to its client’s interest, it cannot no longer ethically represent the client. Curriden ends his article with a short discussion on this point when he said, “many corporate GCs privately express concerns about what their law firms may be doing behind their backs.” He quoted Randy Johnston, who focuses his practice at JohnstonTobey PC in Dallas on professional malpractice cases, who said “Corporate general counsel have every right to be concerned that their law firm is secretly plotting against them and their best interests, and are doing so without notifying them,”. Johnston goes on further to say “In the end, I think there’s only one solution: Law firms should have the right to internal defense and to work product, but the law firm must immediately inform the client when there is a conflict. Failure to tell the client eviscerates the privilege. Period.”

This is a case which certainly bears watching as it may go quite a long way towards fundamentally altering the attorney-client relationship.

Amendment to the Foreign Corrupt Practices Act – Another Perspective

The End of the FCPA Facilitation Payment Exception?