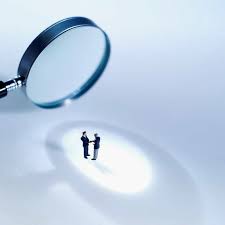 Do you really know who you are doing business with in your supply chain? How much due diligence is enough? Should you update your due diligence on a regular basis? How about on a continuous basis? What ethical considerations come into play in the manufacturing sector, in the supply chain? These questions, and perhaps more, came to me as I was reading about the recent tragedy in Bangladesh involving the collapse of Rana Plaza. At this time, there are 433 confirmed dead and police report that 149 people are still missing in what has become the worst disaster for Bangladesh’s $20 billion-a-year garment industry. The collapsed building was built and owned by Mohammed Sohel Rana, he was not the owner of the factories that operated in Rana Plaza; he was simply the building owner and landlord and, therefore, is legally required to provide a safe structure

In an article in the New York Times (NYT), entitled “The Most Hated Bangladeshi, Toppled From a Shady Empire”, reporter Jim Yardley wrote about Mr. Rana’s rise to power and the problems that companies face when trying to do the right thing regarding corporate social responsibility in general, and bribery and corruption specifically, in the supply chain. This problem has become much more public for clothing companies who purchase finished goods from countries like Bangladesh. This is because even if you know who you are directly contracting with, your company may not know the subcontractors or your direct counter-party and you probably have no chance to know who the building owner or landlord might be. Finally, how can you determine if the building where your products are being produced meets minimum building code standards or is even safe to work in at all?

Rana Plaza was originally designed as a five story building. Yardley’s article details the methods that Rana used to secure the land and the permits to construct the building. Yardley reported, “To build Rana Plaza, Mr. Rana and his father bullied adjacent landowners, the landowners themselves say, and ultimately took their property by force. His political allies gave him a construction permit, despite his dubious claims of title to the land, and a second permit later to add upper floors that may have destabilized the building.” After the building was completed Mr. Rana successfully leased “out the existing five floors and gotten a permit from the local mayor, a political ally, to build additional floors. Mr. Khan, the former mayor, said this practice created serious risks, since officials were handing out permits, often for bribes, without insisting on the necessary safeguards.”

On the day before the building collapse “Workers on the third floor were stitching clothing when they were startled by a noise that sounded like an explosion. Cracks had appeared in the building. Workers rushed outside in terror. By late morning, Mr. Rana’s representatives had brought in Abdur Razzaque Khan, an engineer. Taken to the third floor, Mr. Khan examined three support pillars, and became horrified at the cracks he found. “I became scared,” Mr. Khan said. “It was not safe to stay inside this building.” He rushed downstairs and told one of Mr. Rana’s administrators that the building needed to be closed immediately. But Mr. Rana was apparently not impressed; he was holding court with about a dozen local journalists.”

Yardley quoted another journalist, Shamim Hossain, a local newspaper reporter, who reported that Mr. Rana said, “This is not a crack. The plaster on the wall is broken, nothing more. It is not a problem.” Unfortunately the next day the building collapsed.

Rana had rammed five separate garment factories into his now eight story building. How many people were employed there? I don’t think anyone will ever know the true number. As for Mr. Rana, perhaps understanding his personal criminal exposure for these actions, he was caught trying to flee the country. He is now in police custody. He, of course, says it was the evil factory owners which caused the entire catastrophe.

If your company is a US or EU purchaser of such finished products, what should your response be? In another NYT article, entitled “Some Retailers Rethink Role in Bangladesh”, reporter Steven Greenhouse noted that the Walt Disney Company “in March ordered an end to production of branded merchandise in Bangladesh.” Greenhouse said, “Disney’s move reflects the difficult calculus that companies with operations in countries like Bangladesh are facing as they balance profit and reputation against the backdrop of a wrenching human disaster.”

But is this the right response? In an article in the Financial Times (FT), entitled “Business must lead in Bangladesh”, John Grapper wrote “The first thing western companies need to do is the simplest: to stay in the country and to keep providing jobs for women, not to withdraw because they fear being tainted by association. Despite everything, the industry provides better-paid jobs than the alternative – working on rural farms – and has helped to emancipate women.”

Gapper further argues that US and EU retailer collective action is the only thing which will force change upon a corrupt Bangladeshi government. He said, “The second thing brands and retailers must do is band together. The factories they directly oversee in export zones tend to be better run. But they exert weak influence over the contractors and subcontractors that comprise most of the industry. Retailers use auditors to inspect suppliers but lack the information or power to stop abuses. Rana Plaza shows the difficulties. Planning and building controls are lax in Bangladesh and there is no simple way to check whether a factory is properly built. Raising building standards is beyond the power of any single company – it needs concerted action.”

Many have argued that the US government in particular has no place in enforcing its version of morality, in the form of the US Foreign Corrupt Practices Act (FCPA). But rarely is the flip side of this argument discussed, that being where a business solution can help to end corruption. Gapper notes this reality with the following, “Collectively, companies could push the government to overcome the obstacles of corruption, hidden army influence and factory owners who double as politicians. They hold the buying power in a sector that makes up 13 per cent of gross domestic product.”

What is the cost of bribery and corruption? I think that we are seeing it played out daily in Bangladesh as each body is pulled out of the rubble of the Rana Plaza. As a US company, how can you manage your FCPA risk? Should you perform due diligence on your landlord? I do not think any US company would think more than a nano-second when answering that question if they were leasing office space for their own employees. But the tragedy at Rana Plaza does beg the question, how much due diligence is enough and how far is far enough down the supply chain?