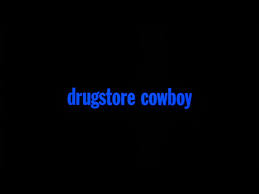 One does not have to look very far in the business world to come across the phrase “Know Your Customer.” A company certainly needs to know if an entity that it may sell products or provide services to will pay for those items. Running a Dun & Bradstreet credit check is routinely performed to ascertain if a counter-party is a good credit risk. But how much more should a company do in regards to its customers? Clearly banks, other financial institutions and even casinos need to assess a customer from the perspective of anti-money laundering (AML). Is there a reason grounded in the Foreign Corrupt Practices Act (FCPA) or UK Bribery Act that would suggest that customers should go through background scrutiny from the anti-bribery/anti-corruption compliance perspective?

I thought about internal controls regarding due diligence requirements on customers, effective compliance programs and third party validation of credentials when reading an article in June issue of Wired Magazine, entitled “Drugstore Cowboy”, by Jake Pearson. I found this article to be a very cautionary tale for those companies which need to consider just whom they are doing business with or for. The story involved an undercover sting operation by the US government against Google. The operation involved a convicted felon, one David Whitaker, who convinced law enforcement authorities that Google had assisted him, in violation of its own internal protocols and US laws, to sell illegal “black market steroids and human growth hormones” online. Whitaker told federal officials that “Google employees had actively helped him advertise his business, even though he made no attempt to hide its illegal nature.” Based upon his experience, Whitaker believed that Google must be “helping other rogue Internet pharmacies too.”

On paper, it appeared from the article that Google has a systems designed to ferret out sites which used words or had other indicia that they were selling illegal drugs. There was an initial screening by a Google sales representative. There was an automated program which searched for key words that might indicate illegal drugs were being sold. There was a review of the website itself to see of other factors were present which might show that illegal products were being sold. Finally, Google used a third party verification service, to attest that any site selling pharmaceutical products was properly licensed.

Based upon his experiences, the government set Whitaker up with an alias, fake company, bank account and phone lines and then monitored and watched him to see if his claims were true. He was told to see if Google would actively assist him to sell advertising for a non-existent company called “SportsDrugs.net, a website that sold HGH and steroids from Mexico, with no doctor’s prescription.” The plan that Whitaker used was straightforward.

The chilling thing I found in this article was it reported that in each one of the false scenarios, Whitaker was reported to have explained to the Google representative the true nature and purpose of the site. All of the information that Whitaker conveyed made clear that these sites were designed to sell drugs which are illegal in the US, without a doctor’s prescription. In just over the span of three months, the undercover operation spent over $200,000 with Google.

Google ended up settling with the US government for a fine of $500 million. Although Pearson did not quote the US Assistant District Attorney, who headed the investigation and enforcement action, Peter Neronha, was quoted as telling the Wall Street Journal (WSJ) the “culpability went far higher than the sales reps that Whitaker worked with. Indeed, he said, some of the company’s most powerful executives were aware that illegal pharmacies were advertising on the site.” Google itself would not comment for the Pearson article.

From the account in the Pearson piece it would appear that Google had a system in place to check and make sure that it was not advertising sites which sold illegal drugs but that system, both human and automated, was worked around. For the anti-corruption compliance practitioner, I think that there are several key lessons which can be learned from this tale.

Train, Train, Train. If you sell services, which can be used to facilitate illegal conduct, you need to train your sales force to watch out for signs of that illegal activity. The initial Google sales representative who was contacted by Whitaker should have been the first line of prevention to stop the issue before it came up for the company.

Monitor, Monitor, Monitor. There should be several types of monitoring. If a business name comes through your system and it is rejected, there should be a monitoring mechanism in place to note if it reappears later or is approved through some other means, as was done in this situation. Similarly, if the name of a business owner comes up in connection with another company, there needs to a mechanism in place to perform a cross check. The sales representatives should also be monitored to determine if they are manipulating the system.

Incentives, Incentives, Incentives. While not discussed in the Pearson article, what do you want to bet that the Google sales representatives were compensated, at least in part, with a commission based upon the number of GoogleAds that they sold? If your compensation structure or other incentive structure rewards people who use shortcuts, then there will always be employees who take them.

Audit, Audit, Audit. Remember the part of the story about how the Google sales representative would advise Whitaker how to scrub his website of key words, search terms and other information which would indicate that it was selling illegal pharmaceuticals only to reinsert those on the site after the scrubbed site had been approved? You need to audit to determine if any illegal conduct has begun after the contract is signed. And if you do not have audit rights, you have a very slim chance of actually performing an audit.

Compliance Lessons from Venice: How the Lion’s Mouth Informs Your Internal Reporting System