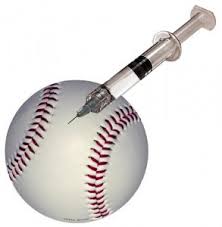 What do national pastimes teach us about ethics and compliance? I would argue plenty. While, for the most part, I have reserved myself from writing about the Houston Astros fraud upon their fans this season in claiming that (1) they are fielding a major league team and (2) are not trying to lose; one item reached me last week which went far beyond the pale, even for the Astros. So channeling my inner Howard Sklar, I will start with a mini-rant. The item I received was a text from the Astros organization, informing me that I could vote for all Astros starters to be placed on the Major League Baseball (MLB) All-Star team in less than 30 seconds. Are you kidding me, what are the chances of any of the Astros starters being voted onto the All-Star team? At this point, I don’t think any of the starters would make an AA, All-Star team, let alone a MLB All-Star team.

Fortunately not all MLB teams are quite so brazenly fraudulent. But in Japan, there is currently a baseball scandal brewing that seems to be more poised to impact the entire country. What is that scandal about? Juiced baseballs and their cover-up. In an article in the New York Times (NYT), entitled “As Baseballs Fly in Japan, Dispute Simmers”, reporter Ken Belson wrote about the current scandal in Japan, where Nippon Professional Baseball (NPB) decreed that the baseball should be juiced so that there would be more home runs. Belson reported that Japanese baseball owners were concerned about the drop in home runs over the past couple of seasons but could not come up with a consensus approach to deal with the issue. So they turned the matter over to the league which apparently decided the baseballs needed a little more ‘umph’. I do find the cultural differences fascinating that while American baseball certainly had its own baseball scandal around juicing, in the US it was players that were juiced and not the baseball.

While the league made this decision, it apparently did not tell anyone; not the owners, nor the players and most certainly not the fans. The scandal was deepened by the remarks of the league’s commissioner, Ryozo Kato, who originally had denied that the baseballs were juiced this season. Some two weeks later Kato backtracked from this statement, claiming that his staff had not informed him that the baseballs were juiced when he made this initial denial. Kato made this about face “when he revealed that the league secretly made its official ball livelier during the off-season, essentially because the previous version, introduced in 2011, led to an alarming drop in home runs.” Oops.

In addition to the shame and disgrace that Kato would seem to have brought upon himself, and Japanese baseball in general, I found the metaphor for Japanese business interesting. Belson noted that “The revelation has angered a nation tired of leaders who try to sweep bad news under the rug to, according to a popular euphemism, “avoid confusion.” In recent years, executives at Olympus, the camera and medical equipment maker that hid massive losses from shareholders, and Tokyo Electric Power Company, whose shattered nuclear reactors have endangered millions of people, have been pilloried after their transgressions were unearthed, to name two prominent examples.”

Tone Up and Down the Organization

So what can the Astros and this season teach us about compliance? First it all starts at the top and in Houston we have team owner Jim “I-made-a-$100MM-so-I-must-know-what-I-am-talking-about” Crane at the top. Clearly his tone has impacted the organization because it is sending out texts trying to get folks to vote team members onto the All-Star team. One of things that might be a requirement is that a player has an all-star season to be voted onto the team. So it’s more than simply tone-at-the-top, it is also ‘tone in the middle’ or more appropriately for the Astros, ‘tone-at-the-bottom’.

One of the more interesting points that Belson wrote about in his article was the lack of transparency in the league’s actions to juice the baseballs in Japan. He wrote that “Most fans would have accepted the new ball because high-scoring games are often popular. The players union, too, would have gone along with the change if it were part of a goal that both pitchers and batters could get behind, like introducing a new ball to help the national team.” If there had been transparency, it would not have been fraud upon everyone for Kato to stand up and say that the baseballs were no different when everyone else involved could tell something was very different. If you want to change the style of play by changing the equipment, tell everyone about the equipment change so that they can adjust their play.

In the compliance world, transparency solves many issues relating to the gifts, travel and entertainment. If you cannot provide these to a foreign government official or employee of a state owned enterprise, without transparency, then the gift travel or entertainment is probably inappropriate. The example that I give is if you can give a gift to someone in front of their co-workers, then that is transparency. If you have to send the gift to his or her home, that indicates a lack of transparency.

Proposed Amendments to the FCPA