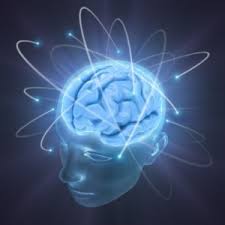 There are several prominent commentators who frequently discuss the role a Chief Compliance Officer (CCO). One such commentator is Donna Boehme, who regularly writes articles, speaks about, and even tweets on this subject. But what type of mindset does a CCO need to be successful? What are some of the skills? I thought about those questions when I read three very different articles on unrelated topics recently.

The first was found in this past week’s issue of the New Yorker Magazine, in a piece entitled “The Gift of Doubt”, where author Malcolm Gladwell reviewed the rather extraordinary life of Albert O. Hirschman, in the context of a new biography of Hirschman titled “Worldly Philosopher: The Odyssey of Albert O. Hirschman” by Jeremy Adelman. In Gladwell’s piece, he discussed one of Hirschman’s essays, which was entitled “The Principle of the Guiding Hand.” In this essay, Hirschman reviewed large commercial enterprises which did not turn out as designed but where Hirschman was impressed with the response to the crisis.

Gladwell wrote that Hirschman had studied the “Karnaphuli Paper Mills, in what was then East Pakistan. The mill was built to exploit the vast bamboo forests of the Chittagong Hill Tracts. But not long after the mill came online the bamboo unexpectedly flowered and then died, a phenomenon now known to recur every fifty years or so. Dead bamboo was useless for pulping; it fell apart as it was floated down the river. Because of ignorance and bad planning, a new, multimillion-dollar industrial plant was suddenly without the raw material it needed to function.” It was the mill’s response to the crisis which so impressed Hirschman. Gladwell reported that Hirschman noted that the mill owners “quickly found ways to bring in bamboo from villages throughout East Pakistan, building a new supply chain using the country’s many waterways. They started a research program to find faster-growing species of bamboo to replace the dead forests, and planted an experimental tract. They found other kinds of lumber that worked just as well. The result was that the plant was blessed with a far more diversified base of raw materials than had ever been imagined.”

From this, and other examples, Hirschman opined in his essay what he termed the “general principle of action.” He defined this principle as the following; “Creativity always comes as a surprise to us; therefore we can never count on it and we dare not believe in it until it has happened. In other words, we would not consciously engage upon tasks whose success clearly requires that creativity be forthcoming. Hence, the only way in which we can bring our creative resources fully into play is by misjudging the nature of the task, by presenting it to ourselves as more routine, simple, undemanding of genuine creativity than it will turn out to be.”

I thought about Hirschman’s general principle of action as it might apply to a CCO when I read an article by Michael Maslanka in the June 10 issue of the Texas Lawyer, entitled “Seven Mindsets of Effective General Counsel”. I thought that Maslanka had some interesting insight into the mindset a CCO needs. So adapting Maslanka’s seven mindsets from his list of those required by a General Counsel (GC) to those required by an effective CCO, I submit the following for your consideration.

No. 2: Pick the hill you want to die on. Make a stand where it matters, not on a useless cul-de-sac. Effective CCOs create political capital, bank it with the C-level executives and make wise withdrawals. Don’t sweat the small stuff but more particularly do not ask senior management to sweat the small stuff.

No. 3: ABR: Always be re-framing. CCO’s can’t change the facts, but can change the story. Reframing can transform a potential violation of the FCPA into an opportunity to improve your company’s compliance program. It can awaken leaders to the need for manager training. Adopting an “always be reframing” mindset creates bias towards effective action, realistic optimism and caring candor.

No 4: Fight the fight, not the plan. A CCO should never get stuck on the original plan and should always deal with what is occurring now, in real time. Survival goes not to the fittest but to the most adaptable. An adaptability mindset propels a CCO ahead of a burgeoning crisis. It’s a fluid compliance and legal world out there, so “be prepared to surf the waves.”

No 5: A CCO is not a conscience for hire. When it all hits the fan and when someone must speak compliance truth to power, it is the CCO who does so. A CCO is not a mouthpiece but a voice of reason.

No 6: Generate options, lots of them. A CCO cannot direct executives to take actions; they can only guide them by producing options — the more, the better.

No. 7: “Am I adding value?” How does the CCO metric measure value? Effective CCOs understand that they work daily with those who have built a company and strive to sustain it. Adding compliance value is not a “No, you can’t do XYZ.” It’s not even a “Yes, but” mindset. It’s one of “Yes, and.”

The final article was in the June 17 issue of the Texas Lawyer, by Joey Asher, entitled “Four Keys to Better Listening”. While Asher clearly believes that everyone can benefit by being a better listener, I think that this is particularly incumbent for a CCO.

Be genuinely interested. Asher believes that “There are no tips that will help you if you aren’t actually interested in the other person. The author Truman Capote was said to have been interested even in “boring” people. When stuck in a conversation with a bore, he would try to discover what makes the person so boring.” It is your attitude that makes a CCO a great listener.

Ask good questions. Here Asher quotes the intrepid interviewer Larry King who said, “The absolute best question in the whole world is “Why?” “Why did you choose to become a lawyer? Why does your business want to merge with a competitor? Why do have I have to hold the club this way? Why do you go by Joey instead of Joe? Why do you enjoy shopping? “Why” makes people think and reflect. It shows a depth of interest and requires a deeper answer.” Asher does understand that “there are many great questions that don’t start with “why.”” But his experience tells him that the best questions involve asking for an explanation or an opinion.

Be patient. Asher believes that a listener can hear very good information if you are willing to wait for it. He wrote about a story where he met a corporate psychologist at a cocktail party. This corporate psychologist told him “that his job was to screen high-level job candidates for major corporations to ensure that they’re not secretly racist.  “How can you tell if someone is a secret racist?” I asked. He explained that he asks the subject to talk about himself and his life. Over the course of long interviews (the interviews can last days) a pattern of racism will emerge.”

Have a good listening face. Asher concluded his piece with his belief that “learning to listen is important to me.” One of the ways he has done so is by looking not only interested in the people he is talking too but even fascinated with what they had to tell him. He actively tries not to be intimidating in any way while listening.

I am sure that there are other traits that will go into the makeup of an effective CCO. If you have some others, I hope that you will post them as comments to this article.

Anticipating Ripples in the Pond

Farewell to PawSox and Training on Your Code of Conduct