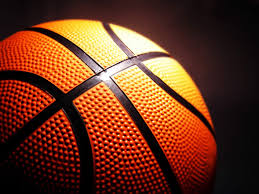 The seemingly continuous saga of the Rutgers Athletic Department and the attendant fallout from the Mike Rice scandal has reappeared in the news recently. For those who do not remember this tale, it involved the head basketball coach who was videotaped physically abusing his players by hitting them, kicking them and throwing basketballs at them during practice. Of course he also verbally abused them as well. When asked about his coaching style by the Rutgers Athletic Director (AD) Tim Pernetti, Coach Rice admitted that he was “aggressive” or perhaps as Warren Zevon would say, “he’s just an excitable boy.” While I usually write about the lessons which a compliance practitioner can draw from an event or series of events, I will use the Rutgers basketball scandal to raise questions about how your compliance program might handle a claim of violations of a federal law such as the Foreign Corrupt Practices Act (FCPA) or internal company policy, such as a Code of Conduct.

According to Jim McGrath, writing in the Internal Investigations Blog, in an article entitled “Focus For Next Rutgers Investigation”, Lacey interviewed six players, one former player, a former player who transferred from Rutgers, all of Rice’s assistants and other support personnel in the basketball program, Coach Rice himself, Eric Murdock, AD Pernetti, and a sports psychologist whom AD Pernetti consulted earlier this year. In addition, he reviewed nearly 50 hours of videotaped practices – roughly half of all practice time – during the coach’s tenure. He also kept AD Pernetti abreast of the results of his investigation during the pendency of the investigation.

In the initial investigation, Lacey found that Coach Rice’s behavior violated Rutgers policy barring workplace violence: “In sum, [I] believe there is sufficient evidence to find that certain actions of Coach Rice did ‘cross the line’ of permissible conduct and that such actions constituted harassment or intimidation within Rutgers’ Policy, Section 60.1.13.” That policy is Rutgers’ Workplace Violence Policy, in which “behavior [that] would be interpreted by a reasonable person as being evidenced (sic) of intent to cause physical harm to individuals or property” is prohibited. Lacey also believed that Coach Rice engaged in misconduct, which could be reasonably determined “to embarrass and bring shame or disgrace to Rutgers in violation of Coach Rice’s employment with Rutgers.” Lastly, Lacey concluded that Rice violated other terms of his five-year contract that would pay him $700,000 for the 2013-14 season that were added after previous disciplinary issues came to AD Pernetti’s attention.

While Lacey found that Coach Rice “did engage in certain conduct that went beyond mere cursing, including occasions where [he] used coarse, inappropriate and insulting language during practices and workouts, verbally attacked players in a manner outside the bounds of proper coaching, shoved and grabbed players on multiple occasions and engaged in other boorish and immature behavior,” it did not violate additional university policies – including Rutgers’ anti-bullying policy – and that the coach’s conduct “did not create a ‘hostile work environment’ as that term is understood in connection with anti-discrimination and anti-harassment policies.”

Perhaps even more amazing, and a hint to the real purpose of the investigation and report, Lacey ended his report by stating, “Although couched in different terms, EM’s actual complaint is not for wrongful termination, but for AD Pernetti’s decision not to offer EM a new contract. AD Pernetti’s decision not to offer a new contract to EM was based on EM’s abandonment of his employment and his direct and deliberate insubordination, and was not based on any impermissible or retaliatory reason. Therefore, there was no violation of Rutgers’ CEPA policy.” So after all the work and interviews, the question remains as to what was the purpose of the investigation; to investigate the behavior of Coach Rice or give Rutgers cover in the whistleblower lawsuit claim of Murdock?

As pointed out by McGrath, some troubling questions were raised by the release of the Lacey Report. For instance, what were the reasons for AD Pernetti’s action or inaction and that of other school administrators in the wake of the Lacey report? Did any Rutgers administrators violate university policies or their own contractual obligations in how they dealt with Coach Rice after the completion of the Lacey investigation? McGrath notes, not without some irony, that “Regardless of whether breaches of required conduct are found or not, Barchi’s acknowledgement in a press conference that – while he was fully briefed on Coach Rice’s actions and suspension – he had never seen the 30-minute video of his coach’s antics until last week, is particularly confounding. Citing a busy administrative schedule and the organizational need to rely upon the advice and counsel of underlings as a justification for not giving the evidence at least the once-over seems a poor excuse for his ignorance of the situation.”

To those questions posed by McGrath I would add some of the following:

A.     What is the role of Senior Management?

Whistleblower Murdock claims he sent 5 emails to the University President asking him to view the video. If something is so serious that it needs to get to the attention of the head of an organization, what should a subordinate do to get this attention? As President Barchi stated that as soon as he saw the video Coach Rice had to go, it begs the question of when should a General Counsel (GC), Chief Compliance Officer (CCO) or other employee engage a company president? What about the Board of Directors? If a President is too busy for you, is there a direct line to the Board for consultation?

B.     What is the role of your investigation?

Lastly, and this point is presented more starkly in the Rutgers scandal than in most commercial business situations I have seen, should the information be shared with a merger partner? Remember Rutgers was nearing the end of a yearlong process to join the Big Ten Conference. If this scandal had come out during the negotiations, would the Big Ten have continued to pursue Rutgers? More cynically, did all the publicity over the Rutgers scandal create more publicity about Rutgers joining the Big Ten and thereby increase brand awareness along the East Coast?

C.    When is a whistleblower an extortionist?

Another interesting facet of the Rutgers scandal is the claim that Murdock is actually trying to extort money out of Rutgers. It should be noted that Murdock did not surreptitiously videotape Coach Rice abusing his players. Murdock obtained Rutgers’ practice through Freedom of Records request from state of New Jersey and then edited the tapes down to the final version shown on ESPN, for which Rutgers officials roundly criticized him.

To bring a suit against Rutgers, a person must send a formal demand letter, which Murdock’s attorney did on or about December 26, 2012. Two weeks after his demand letter was rejected, Murdock leaked his video footage to ESPN. In April, New York Times (NYT) reporter Steve Eder, in an article entitled “F.B.I. Investigating Former Rutgers Assistant”, reported that the “F.B.I. is investigating whether the assistant at Rutgers who first voiced concerns about the abusive behavior of his boss, Mike Rice, tried to extort the university.” Conner Simpson, in another article in the Atlantic Wire entitled “The Rutgers Scandal Now Has an F.B.I. Extortion Investigation” asked, “How does leaking a video and getting your old boss fired amount to extortion, you ask?” He then said “Well, ESPN’S Don Van Natta Jr. reported Friday that Murdock wrote a letter to the school demanding $950,000 to settle his wrongful termination claims a month after he first showed Pernetti the video. Rutgers politely declined. Murdock filed a lawsuit against the school on Friday. So, uh.”

A colleague of mine pointed out that I was very much in the milieu of ‘Monday Morning Quarter-backing’ with some of my criticisms of Rutgers. He correctly noted that decisions made in or near real time may look quite different many months or years down the road. On this point he is absolutely correct. So I think a key point from the Rutgers scandal is to document your reasoning and logic, in writing, before you assess any discipline or make any decisions so that months later you know exactly why those decisions were made. In other words, have a protocol in place and follow the protocol. If you change the protocol, document the reason that you do so. But sometimes you gut just knows something is really bad. One of those times is when your Chief Executive Officer (CEO) (or University President) says that within the first five minutes of reading a report (or seeing a video) they knew the person should be fired.

Chadbourne Special Report – A Study of Individual Liability under the FCPA

Race to the Bottom: Wal-Mart’s FCPA Investigation and the Houston Astros