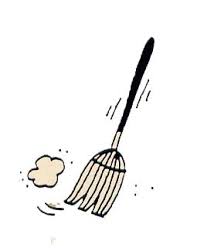 What is a sweep? It is certainly a well-known and relevant term in the sporting world. This past weekend, the utterly inept Houston Astros were swept by the Seattle Mariners in a three game series. This came about in the face of Astro pitching, tossing a one-hitter and the team still managing to lose 6-2. One for the records I would say. But what about industry sweeps under the Foreign Corrupt Practices Act (FCPA)? I thought about that question in connection with the ongoing revelations of bribery and corruption by GlaxoSmithKline PLC (GSK) in China.

What is a sweep under the FCPA?

The FCPA Professor, in a blog post entitled “Industry Sweeps”, posted an article from FCPA Dean Homer Moyer, entitled “The Big Broom of FCPA Industry Sweeps”. In his article, Moyer wrote  that an industry sweep is the situation where the Department of Justice (DOJ) and/or Securities and Exchange Commission (SEC) will focus “on particular industries – pharmaceuticals and medical devices come to mind — industry sweeps are investigations that grow out of perceived FCPA violations by one company that enforcement agencies believe may reflect an industry-wide pattern of wrongdoing.” Moyer further wrote, “Industry sweeps are often led by the Securities and Exchange Commission (“SEC”), which has broad subpoena power as a regulatory agency, arguably broader oversight authority than prosecutors. They are different from internal investigations or traditional government investigations, and present different challenges to companies. Because the catalyst may be wrongdoing in a single company, agencies may have no evidence or suspicion of specific violations in the companies subject to an industry sweep. A sweep may thus begin with possible cause, not probable cause. In sweeps, agencies broadly solicit information from companies about their past FCPA issues or present practices. And they may explicitly encourage companies to volunteer incriminating information about competitors.”

The settlements for FCPA violations by US pharmaceutical companies are well known. Johnson & Johnson (J&J), Pfizer and Eli Lilly immediately spring to mind. But the GSK revelations may bring a new level of scrutiny and may introduce a new term “country sweep”. David Barboza, reporting in the New York Times (NYT) in an article entitled “Files Suggest a Graft Case in China May Expand”, said that “A few weeks ago, when Chinese investigators raided a small travel agency in this fast-growing city, they came upon something startling. The agency appeared to be using fake contracts and travel invoices to help executives at the British pharmaceutical giant GlaxoSmithKline bribe doctors, hospitals, foundations and government officials, Chinese authorities said.” The travel agency was identified as Shanghai Linjiang International Travel Agency. However, perhaps more interesting was the “documents obtained by The New York Times show that in the last three years at least six other global pharmaceutical companies, including Merck, Novartis, Roche and Sanofi, used the same travel agency to make arrangements for events and conferences. The records included invoices for hotel bookings, travel visas and airline tickets to Chinese cities, and to Australia, Italy, Japan, Korea and the United States. One of the drug companies appears to have used the travel agency to make a $2,500 grant to the Cancer Foundation of China.”

Barboza noted that both “Merck and Roche acknowledged using Shanghai Linjiang International Travel Agency.” Barboza wrote that there were several other travel agencies which GSK used but the others have not yet been identified. Barboza said that Chinese official that the travel agency “did very little booking on its own and mostly acted as a “money platform” that allowed Glaxo to create a huge slush fund. According to the government, the travel agency was handling about $16 million worth of Glaxo business a year, but seemed to be doing very little work.”  Barboza quoted Violet Ho, head of China operations for Kroll Advisory Solutions, who said “People don’t realize there’s an active market for fake receipts and that shell companies are used to make bribe payments.”

Just how did the Shanghai Linjiang International Travel Agency garner such work from GSK and others? Barboza said that “How the small agency secured business with many of the world’s biggest drug makers remains a mystery.” Barboza interviewed one of the founders of Shanghai Linjiang International Travel Agency, who said that he sold out to his partners some six years ago. However, this former owner said that his former partner Mr. Weng had come from a restaurant background, not a travel agency background.

In his article, Homer Moyer wrote that “Inevitably, industry sweeps become organic and evolve, with government investigators using information from one company as the basis for additional requests to others.” This may well be the case for pharmaceutical companies which have done business with Shanghai Linjiang International Travel Agency. However, the DOJ and SEC may now take a different tack than simply focusing on one industry. It may well be that there could be a China sweep coming.

Steps for the Compliance Professional

As a compliance professional, one of the key takeaways from the GSK matter should be for you to take a very hard and detailed look at your company’s spend for such organizations. Barboza points out that “using travel agencies, and marketing or consulting firms, to launder money, embezzle or create slush funds to bribe officials is common in China, even at multinational corporations operating in the country.” The first thing is to review the list of such third parties who might provide such services. You should begin by asking such questions as

Just as the Wal-Mart FCPA investigation has reverberated throughout the US, I think that the GSK matter will be with us for some time. As bad as it seems about now, and it certainly appears bad, there are many lessons which the compliance practitioner can not only draw from but use for teaching moments within your company. So please do not be like the Astros, who pathetically wasted a one-hit pitching performance in the course of being swept this past weekend, use the GSK saga for your benefit going forward. For it may not be “if you are subjected to a FCPA sweep” but only “when”.

A big congratulations to Will and Kate for the birth of their baby boy, the Prince of Cambridge.

The End of the FCPA Facilitation Payment Exception?