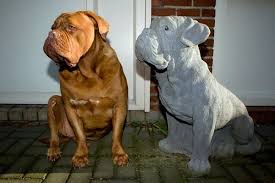 Life sometimes imitates art. Remember the Orthofix enforcement action, where the company used the used the code word chocolates to identify the bribes it paid? This lead to the memorable quote from Kara Brockmeyer, chief of the Securities and Exchange Commission (SEC) Enforcement Division’s Foreign Corrupt Practices Act (FCPA) unit, who said “Once bribery has been likened to a box of chocolates, you know a corruptive culture has permeated your business”. It turns out this ‘Gumpism’ is not limited to US companies in the wide-world of bribery and corruption. David Henig, from the University of Kent, and Nicolette Makovicky, from the University of Oxford, who both jointly run the Languages of Informality Project, posted an article in the online BBC Magazine, entitled “Stinking fish and coffee: The language of corruption”, where they detailed some creative euphemisms for bribes used across the globe. I cite their list below.

Whether it happens on the street, or in the boardroom, corruption rests on the abuse of power and privilege. But popular euphemisms often deny this reality and present corrupt behaviour as altruistic “favours” for friends. In Azeri, the word commonly used for bribe – “hurmat” – is interchangeable with the word for respect. An official requesting a bribe will therefore ask you to “do him a favour”.

The phrase “a fish starts to stink at the head” comes from Turkey, reminding us that petty bribes at street-level are often matched by greater corruption at the top of organisations and institutions. Mexican officials looking to earn a kickback for arranging a business deal will demand they are given “a bite”, while their Columbian counterparts are said to “saw” off a part of a government contract for themselves.

The term corruption implies both illegal and immoral behaviour. But in some regions, what is technically illegal may in fact be seen as acceptable or even moral behaviour. In Hungary, doctors and nurses can expect a “gratuity” from their patients in the form of an envelope containing money. In Poland, gifts in kind turn a faceless bureaucrat into an “acquaintance” who may be able to “arrange things” for you in the future. In China, healthcare workers and government officials also expect a “little token of gratitude” for their services. As it is said in Russia, you cannot “put ‘thank you’ into your pocket”.

Popular phrases used for speaking about corruption are often metaphorical. The well-known English phrase describing money being passed “under the table”, for example, also exists in French, Farsi  and Swedish. Other expressions emphasise movement. In Hungary, “oiling money” is paid to officials to grease the wheels of bureaucracy, while the Russians know it is sometimes necessary to put something on the palm of an official’s hand in order to move things along.

Many euphemisms of corruption and bribery work to deflect attention from the action or minimise its importance. The Swahili expression for something small is a good example of this. In Ivory Coast the police used to ask for the cost of a drink, comparing the size of the bribe to that of a small tip. The Brazilian term for a bribe – a little coffee – also doubles as the term for a tip in the conventional sense.

The universal popularity of tea and coffee as metaphors for bribes points to another way euphemisms function to conceal the true nature of a corrupt transaction. In Afghanistan and Iran the expression for a bribe is “money for tea”. In both countries, tea-drinking is an essential part of social life. Asking for “money for tea” carries the suggestion that the bribe will be shared with others. Some expressions – such as “beans for the kids” – appeal to a sense of charity by claiming a bribe benefits someone more deserving.

Large-scale corruption has its own vocabulary, often created by the media. The “cash for questions” scandal involving British politicians comes to mind, as well as the Italian “bribesville” scandal in the early 1990s. Combining “tangente” meaning kickback, and “-poli” meaning city, the term referred to kickbacks given to politicians for awarding public works contracts.

In Hungary, the term “Nokia box” became a symbol of corruption in 2010 after the head of the Budapest Public Transport Company, Zsolt Balogh, was caught handing over cash to the deputy mayor of Budapest, Miklos Hagyo, in a Nokia box. Since then, “Nokia box” has also become a sort of unit of measurement – meaning 15m forints ($65,000) – the size of Balogh’s original bribe.

In the Czech Republic, the terms “little carp”, or “fish”, were used as a coded language during a large corruption scandal in Czech football. In the communication between the managers, referees and players, a “little carp” also operated as a unit of measurement, meaning 1,000 Czech koruna ($50) a “fish”. The euphemism “little carp” has become a Czech synonym for corruption.

Perhaps hot having seen the movie Forrest Gump or heard of the Orthofix FCPA enforcement action, the authors did not include the Orthofix code word in their list. Then again they were not focusing on how companies hide their illegal actions. But the point, as laid out by Kara Brockmeyer, is that if you use common words or phrases to hide bribes in your books and records, corruption has permeated your organization.

China Doll and FCPA Risk in the Supply Chain

News Corp as Corporate Suspect – Between Scylla and Charybdis?

Tom, you left out a common American (or at least, if we are to believe the great crime/mystery writer, Larry Block, a New York City) euphemism: To get a police officer to do you a small off-the-record favor, you need to buy him a "new hat", or maybe "a couple of hats", each of which is $25. A bigger favor might require you buy the corruptible officer "a coat", at $100. At some point in the long Matthew Scudder series of mysteries, Scudder and a fellow ex-cop muse that hats and coats aren't what they once were, and probably both should be increased substantially due to inflation.