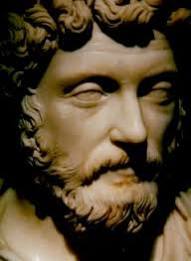 The Greek ruler Draco has received some very bad PR advice over the centuries. After all, it is his name which is the root for our word draconian. Draco is credited with committing to writing the first Athenian Code of Laws. The laws of Athens previously had been passed along through oral tradition and administered in a quite arbitrary manner. Under Draco’s Code, the prior oral laws, which were known to a special class of aristocrats and were arbitrarily applied and interpreted, were recorded and made known to all literate citizens. The laws also distinguished between murder and involuntary homicide. As it was a codification of existing laws, they remained harsh, with death penalty remaining as the punishment for even minor offences. Today, Draco is remembered for the harshness of his Code, not his innovation in recording it.

I thought about Draco and his legacy when considering the events in China surrounding GlaxoSmithKline (GSK) over the past couple of weeks. Assuming your company does not want to use its travel budget to fund a multi-year, multi-million dollar bribery scheme and further assuming that your company wants to follow not only its own Code of Conduct pronouncement in addition to the strictures of the Foreign Corrupt Practices Act (FCPA); I thought it might be a good time to review how to provide travel and entertainment in compliance with this law. The Draco angle is that if you are intent in following anti-bribery laws such as the FCPA, the procedure is certainly not Draconian.

The Department of Justice (DOJ)/Securities and Exchange Commission (SEC) Guidance clearly specifies that the FCPA does not ban gifts and entertainment. Indeed the Guidance specifies the following:

“A small gift or token of esteem or gratitude is often an appropriate way for business people to display respect for each other. Some hallmarks of appropriate gift-giving are when the gift is given openly and transparently, properly recorded in the giver’s books and records, provided only to reflect esteem or gratitude, and permitted under local law. Items of nominal value, such as cab fare, reasonable meals and entertainment expenses, or company promotional items, are unlikely to improperly influence an official, and, as a result, are not, without more, items that have resulted in enforcement action by DOJ or SEC.”

Prior to the FCPA Guidance, in 2007, the DOJ issued two FCPA Opinion Releases which offered guidance to companies considering whether, and if so how, to incur travel and lodging expenses for government officials. Both Opinion Releases laid out the specific representations made to the DOJ, which led to the Department approving the travel to the US by the foreign governmental officials. These facts provided strong guidance to any company which seeks to bring such governmental officials to the US for a legitimate business purpose. In Opinion Release 07-01, the Company was desired to cover the domestic expenses for a trip to the US for a six-person delegation of the government of an Asian country for an educational and promotional tour of one of the requestor’s US operations sites. In the Release the representations made to the DOJ were as follows:

The response from the DOJ stated: “Based upon all of the facts and circumstances, as represented by the requestor, the Department does not presently intend to take any enforcement action with respect to the proposal described in this request. This is because, based on the requestor’s representations, consistent with the FCPA’s promotional expenses affirmative defense, the expenses contemplated are reasonable under the circumstances and directly relate to “the promotion, demonstration, or explanation of [the requestor’s] products or services.””

In Opinion Release 07-02 the Company desired to pay certain domestic expenses for a trip within the US by approximately six junior to mid-level officials of a foreign government for an educational program at the Requestor’s US headquarters prior to the delegates attendance at an annual six-week long internship program for foreign insurance regulators sponsored by the National Association of Insurance Commissioners (NAIC). In the Release the representations made to the DOJ were as follows:

As with Opinion Release 07-01, the DOJ ended this Opinion Release by stating, “Based upon all of the facts and circumstances, as represented by the Requestor, the Department does not presently intend to take any enforcement action with respect to the planned educational program and proposed payments described in this request. This is because, based on the Requestor’s representations, consistent with the FCPA’s promotional expenses affirmative defense, the expenses contemplated are reasonable under the circumstances and directly relate to “the promotion, demonstration, or explanation of [the Requestor’s] products or services.” 15 U.S.C. § 78dd-2(c)(2)(A).”

What can one glean from these 2007 Opinion Releases? Based upon them, it would seem that a US company can bring foreign officials into the US for legitimate business purposes. A key component is that the guidelines are clearly articulated in a Compliance Policy. Based upon these Releases the following should be incorporated into a Compliance Policy regarding travel and lodging:

Incorporation of these concepts into a compliance program is a good first step towards preventing any FCPA violations from arising, but it must be emphasized that they are only a first step. These guidelines must be coupled with active training of all personnel, not only on the Compliance Policy, but also on the corporate and individual consequences that may arise if the FCPA is violated regarding gifts and entertainment. Lastly, it is imperative that all such gifts and entertainment are properly recorded, as required by the books and records component of the FCPA.

The FCPA Guidance does specify some types of examples of improper travel and entertainment as follows:

The ongoing GSK investigation will no doubt provide additional lessons for the compliance practitioner. However, you can use the matter as a good reason to review not only your company’s procedures but to test it to determine if they are being followed or if there are issues which you might need to take a closer look at. When a Wal-Mart, News Corp or GSK is in the news for alleged FCPA violations, it provides you with a good reminder to review your compliance program.

This Week in FCPA-Episode 142 – the What’s in Your Supply Chain? edition

This Week in FCPA-Episode 111, the Friday the 13th edition

Star Wars Day and Leadership Lessons for the Compliance Professional