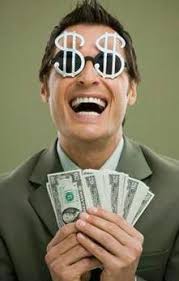 The GlaxoSmithKline PLC (GSK) matter continues to resonate across the compliance world. Ongoing news releases by the company and announcements from named and un-named sources on the underlying facts continue to generate press worldwide. But there are also several important lessons to be learned from this matter. As a compliance practitioner, after you have reviewed or retained someone to review your Chinese operations for you, there are some other interesting points that you might consider for your ongoing compliance efforts.

An article in the Financial Times (FT), entitled “GSK reviews commission policy for sales staff in China”, by reporters Andrew Jack and Lina Saigol, reported that GSK “is considering cutting prescription-linked commissions paid to its sales staff and reducing drug prices in China amid the fall-out from a growing corruption probe.” Such changes in have been made to the GSK compensation model “in other countries, including the UK and the US, where it has overhauled its operations in response to past accusations of aggressive marketing.”

Most compliance practitioners recognize the risk of retaining third parties in their sales chain. But what about the risk of your own employees in the sales chain for bribery and corruption. This was the situation outlined in the Eli Lilly Foreign Corrupt Practices Act (FCPA) enforcement action regarding its bribery scheme in China. According to the Securities and Exchange Commission (SEC) Complaint the FCPA violations centered around various sales representatives in China who submitted false expense reports to cover bribes which were paid or their supervisors who instructed them to do so. The SEC Complaint noted that although the dollar amounts for the gifts provided to Chinese officials were “generally small, the improper payments were wide-spread throughout the [Chinese] subsidiary.” To prevent such actions, a company must train its employees about the requirements of the FCPA, or any other relevant anti-corruption law, regarding what is and is not allowed under such laws.

One of the ten hallmarks of an effective compliance program, found in the Department of Justice (DOJ)/Securities and Exchange Commission (SEC) FCPA Guidance is incentive and disciplinary measures. However the ‘incentives’ discussed most often by the DOJ, SEC and FCPA commentariat involves discretionary bonuses for employees who do business and perform their tasks ‘the right way’. But what if your internal compensation program for your own employees incentivizes bribery and corruption? It is well recognized paying a large discretionary bonus to a third party may well raise a red flag. Why should the same not be true for employee compensation?

One of the keys to such a strategy is the clarity under which it is presented. Jed Yueh, Chief Executive Officer (CEO) of Delphix, interviewed by Adam Bryant in the Corner Office section of the New York Times (NYT), said that it is important to maximize the performance of an entire team, but more importantly “managers can either increase or decrease motivation for their teams.” Yueh believes that motivation comes through clarity. Yueh was quoted as saying, “When you’re building a business, there are so many things you can do, so many avenues you can chase, that you have to very quickly find the optimal path. If you can’t separate the signal from the noise, if you can’t find clarity, it’s going to be very hard for you to manage a group. It’s also going to be easy for you to spend time in all the wrong places. So it’s very difficult to become efficient if you don’t have clarity.” I would emphasize this for employee compensation. If you cannot provide clarity that you will only do business ethically and in compliance with such laws as the FCPA, you will have problems with your employee base.

Yueh had thoughts on the hiring process which I think are quite relevant to the compliance practitioner. He said that “Hiring is the moment when your biggest lever exists for defining the culture. If you don’t know the traits you’re looking for and you haven’t hired around those traits, then you are effectively hiring a wishy-washy culture.” While I have long advocated for the role of Human Resources (HF) in FCPA compliance, Yueh makes clear that it is at that time, during the hiring process, that you can communicate your company values the most forcefully and use that time to weed out those you might cause you grief later.

In another interview in the NYT Corner Office section, Bryant spoke with Helene D. Gayle, President and CEO of CARE USA. Regarding the hiring process, Gayle said she wanted to know the motivation of those who want to work with and for her organization. But more than asking about motivation, Gayle believes “I think the willingness to be candid and open is critical, so I try to probe for people to get beyond the niceties and tell me something that they might not tell somebody else, or to tell me something that might be a little bit shocking and feeling that that’s O.K. to do that. I’ll ask people, “What was the biggest risk that you took, and what did you learn from it?”

By starting those conversations in the hiring process, as suggested by Gayle and Yueh, I think that a company can help to stop hiring employees who may be more problematic for them later. Moreover, by starting the conversation during the hiring process, a company can engage a new employee on how and why the compensation issue is wrapped around its efforts to prevent bribery and corruption.

Large sales driven bonuses may need to be reviewed by both HR and the compliance function. As noted by Jack and Saigol in the FT article, GSK had already changed its sales model for employees in the US and the UK. So we know not only that it can be done, but that it has been done. This may be another lesson for you to consider as the fallout from the GSK bribery scandal in China continues to unfold.

The FCPA Year in Reivew-the eBook

Common Sense in the Definition of ‘Instrumentality’ Under the FCPA

The King’s Speech…Communicating Your Compliance Story