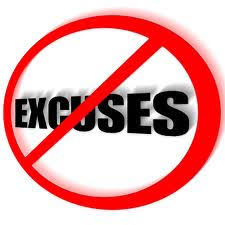 One of the things that I am often asked is how are fines and penalties calculated for Foreign Corrupt Practices Act (FCPA) violations? The Department of Justice (DOJ)/Securities and Exchange Commission (SEC) FCPA Guidance has the following explanation. First, the offense level is calculated pursuant to the US Sentencing Guidelines (USSG) §§2C1.1 or 2B1.1, by starting with the base offense level and increasing it as warranted by any applicable specific offense characteristics. The next reference is made to the organizational guidelines found in Chapter 8, which lay out the structure for determining the final advisory guideline fine range for organizations. The base fine itself consists “of the greater of the amount corresponding to the total offense level, calculated pursuant to the guidelines, or the pecuniary gain or loss from the offense.”

The base fine is then multiplied by “a culpability score that can either reduce the fine to as little as five percent of the base fine or increase the recommended fine to up to four times the amount of the base fine.” As described in USSG §8C2.5, this culpability score is determined by taking into account numerous factors “such as the size of the organization committing the criminal acts; the involvement in or tolerance of criminal activity by high-level personnel within the organization; and prior misconduct or obstructive behavior.” The culpability score can be reduced if the “organization had an effective preexisting compliance program to prevent violations and if the organization voluntarily disclosed the offense, cooperated in the investigation, and accepted responsibility for the criminal conduct.”

I thought about some of the basis for the calculations in the context of the ongoing reports about News Corp’s chairman, Rupert Murdoch, and his remarks which were recorded in March of this year when he spoke to a group of journalists from The Sun, a News Corp entity. The FCPA Blog, in a post entitled “On secret tape, Murdoch reportedly acknowledges Fleet Street’s ‘corrupt culture‘, reported that “A covert recording from March seems to capture News Corporation chairman Rupert Murdoch suggesting that bribery is part of the Fleet Street culture.” The Guardian, in an article entitled “Rupert Murdoch revealed – tape exposes the media mogul’s real opinions”, detailed further excerpts from the recording by noting he was annoyed with the police who he believes are “incompetent”, additionally he was not sure that setting up the Management and Standards Committee (MSC) which performed the company’s internal investigation was a good idea and, finally, Murdoch “lays into lawyers, accusing them of getting rich by trawling through millions of emails.” Just when you think it cannot get any worse (or better – depending on your perspective) The Guardian states, “He talks of the News of the World in personal terms: “We got caught with dirty hands, I guess” before launching into a further attack on the police: “The cops are totally incompetent … It’s just disgraceful what they’re doing … It’s the biggest inquiry ever, over next-to-nothing.””

How is that for ‘tone-at-the-top’? Even the News Corp owned Wall Street Journal (WSJ), in an article entitled “Murdoch Recording Piques Interest of Police, Lawmakers”, said “Mr. Murdoch’s remarks in the meeting sharply contrast with his public contrition over the newspapers’ alleged use of illegal reporting tactics.” But more than just this general statement how would Murdoch’s statements be analyzed under the culpability score used in FCPA cases? Would an admission by Murdoch that there was a culture of bribery and corruption on Fleet Street weigh under the factor of “tolerance of criminal activity by high-level personnel within the organization”? How about the potential reduction for accepting responsibility for the criminal conduct?

Murdoch’s remarks are in stark contrast to other reports of the actions taken by News Corp. In an article in the July issue of Corporate Counsel magazine, entitled “Doubling Down”, reporter Sue Reisinger profiled News Corp General Counsel (GC) and Chief Compliance Officer (CCO) Gerson Zweifach. In her article, Reisinger discussed the MSC, which led the company’s internal investigation of not only the bribery allegations but also the phone hacking scandal. It was information discovered in the course of the MSC’s internal investigation, and later turned over to the relevant government authorities, which led to many of the arrests of News Corp employees. The MSC and its work have clearly been one of the aggressive approaches taken by News Corp during the investigation. But The Guardian reported Murdoch may feel differently about such cooperation now when it stated, “He admits to a measure of panic as the reason for setting up the MSC to provide information to the police: “The police were about to invade this building … it was done to protect the business.””

Reisinger also reported that the FBI has opened its own investigation of News Corp. She also reported that the DOJ “has said that it’s examining whether the company accessed voicemails of 9/11 victims, as well as whether it violated the Foreign Corrupt Practices Act”. So it is probably very helpful to News Corp that it instituted a new compliance program, based in part on the settlement of a shareholder derivative lawsuit. Reisinger said “A commitment to the program is included in the settlement document. The program seeks a more centralized approach to managing risk while still allowing for local autonomy.” Putting together a best practices compliance program during the pendency of a FCPA investigation is certainly one of the most powerful steps a company can take to help to ameliorate a potential FCPA penalty, the Parker Drilling enforcement action has certainly made that clear.

I would normally say that actions speak louder than words. But what is the DOJ to make over the taped remarks of Murdoch? The Guardian article ends with the following “But the real significance of the tape is that it reveals the true, unexpurgated Rupert Murdoch. As I have said often since the hacking scandal first broke, as the man at the top I believe he has been responsible for the journalistic culture at Wapping. This tape appears to prove my point.” I no longer think it is a question in the News Corp investigation “What did the President know and when did he know it?” If such a culture existed and the person who knew about it and tolerated it is still at the helm, does this impact the DOJ’s analysis under either the USSG or the culpability score? Further, does it matter if you belittle your own internal investigation, even up to the point where you suggest it should have never been done?

We do know that the DOJ takes quite a dim view of any company which settles and then claims that, you know we really didn’t do anything wrong. Standard Chartered shows us what the DOJ’s response was when its chairman claimed that the bank had engaged in “no wilful act to avoid sanctions; you know, mistakes are made – clerical errors” related to its myriad of conduct in doing business with Iran, in violation of US trade sanctions. The response was that two weeks later, he was required to eat those words when he “said those comments were “both legally and factually incorrect”” and retracted them. “Standard Chartered Bank unequivocally acknowledges and accepts responsibility . . . for past knowing and wilful criminal conduct in violating US economic sanctions laws and regulations”.

But that was after all a Bank which had admitted to its violations, agreed to a Deferred Prosecution Agreement (DPA) and to pay a large fine. Here News Corp has made no such admission or agreement. And since acceptance of responsibility is only one factor under the culpability score, perhaps News Corp can garner more credit for its cooperation and creation of a best practices compliance program. Then again perhaps it is all simply a misunderstanding. The Guardian also reported that “A statement released by Murdoch’s spokesman said: “Mr Murdoch welcomes the opportunity to return to the Select Committee and answer their questions. He looks forward to clearing up any misconceptions as soon as possible.”

Compliance into the Weeds: Episode 150- Ericsson from the Internal Controls Perspective

Take Us Up to Warp Speed Mr. Sulu: News Corp, James Murdoch and the FCPA