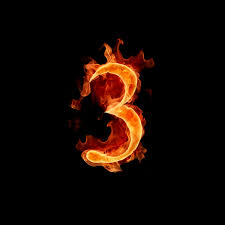 It is often said that bad things come in threes. I have often wondered where this phrase came from. So I checked out Wikipedia, no luck there. How about trying Google as the harbinger of all knowledge? Again no such luck there. Not even About.com could help. Of course there is the good old saying ‘3 strikes and you’re out’ but I suspect that was based on something which preceded it. Whatever the origin of this folkloric belief, all I can say is that over the past couple of weeks, Chief Compliance Officers (CCOs) have taken it on the chin three times and, once again, the job of the CCO just got quite a bit harder and more challenging.

Submitted for your consideration is the first item of bad news for the CCOs out there. It is the decision released on August 2nd by the Securities and Exchange (SEC) Administrative Law Judge Carol Fox Foelak (no relation) In the Matter of Daniel Bogar, Bernerd Young and Jason Green. Young was the CCO for disgraced financier Allen Stanford’s companies. For those who may not remember, Allen Stanford who sold “so-called certificates of deposits” through his offshore bank in Antigua, Stanford International Bank Ltd. Unfortunately for all, it turned out that Stanford was running a massive Ponzi-scheme by paying off old investors with monies invested by new ones, to the tune of over $7bn. Stanford was convicted for his crimes.

Young was not charged or convicted with participating in the Ponzi-scheme. However, he was slapped with an administrative penalty for failing to note or follow up on red flags, which, had he investigated, may have uncovered the scheme earlier. These acts (or perhaps inactions) included providing materials to financial advisors, which had he inquired into would have led to a determination that they were false. There were instances where company whistleblowers and others brought information to Young, which if he had properly investigated, he would have determined that a Ponzi-scheme was in place. The Administrative Law Judge also cited the conduct of Allen Stanford himself as raising a red flag which the CCO should have investigated.

As to the penalties that Young received, how about the following: disgorgement of $591,992.46,  a penalty of $260,000 and is barred from “association with any broker, dealer, investment adviser, municipal securities dealer, municipal advisor, transfer agent, or nationally recognized statistical rating organization and IS PROHIBITED, permanently, from serving or acting as an employee, officer, director, member of an advisory board, investment adviser or depositor of, or principal underwriter for, a registered investment company or affiliated person of such investment adviser, depositor, or principal underwriter.” In other words, Young can never be a CCO again or work in this industry again.

Why is this decision so significant to CCOs? It is often said that bad facts make bad law. The facts surrounding Allen Stanford and his multi-billion Ponzi-scheme, short of Bernie Madoff, are about as bad as it gets. Maybe Young does deserve a severe spanking for his role in not asking questions. But the problem for CCOs is now there is a precedent for at least a civil proceeding to be filed by the SEC for failure to engage in sufficient due diligence, see red flags and perform proper investigations. This coupled with the size of the disgorgement, penalty and lifetime ban in working as a CCO or in the industry makes the CCO world quite a bit darker today.

The second example is the Dismissal granted by the US District Court for the Northern District of California, in the shareholder derivative action, entitled “Cement & Concrete Workers District Council Pension Fund, et al., v. Hewlett Packard Company, et al.” This lawsuit was some of the continued fallout from the Mark Hurd era at Hewlett Packard (HP). As reported in an AmLaw Litigation Daily article, entitled “Morgan Lewis Beats HP Securities Suit over Hurd Conduct”, “in the fall of 2007, the company hired a marketing consultant named Jodie Fisher.” Fisher later “accused Hurd of sexual harassment. He resigned later that year. The harassment claims were never substantiated, but an internal investigation performed by Covington & Burling turned up evidence that Hurd used company resources to wine and dine Fisher and then tried to hide the relationship from HP’s board.” Hurd later admitted that he had a “very close personal relationship” with Fisher.

A shareholder action was brought by the plaintiff who claimed in part that “HP and Hurd made false and misleading statements when they (1) issued and updated HP’s Standards of Business Conduct Brochure (SBC) in 2006, May 2008 and June 2010”. In the Plaintiff’s Complaint they said that “These statements were misleading because in light of Hurd’s endorsement of these tenets, there was an implication that Hurd was in fact in compliance with them. In truth, Hurd was knowingly violating each of these tenets in his dealings related to Fisher, by (a) inappropriately using his position as CEO to attempt to pursue a romantic relationship with Fisher, (b) submitting expense reports that did not accurately reflect their meetings, and (c) knowingly allowing Fischer to receive compensation and/or expense reimbursement where there was not a legitimate business purpose.”

However the District Court made short shrift of the plaintiff’s claims. In its dismissal, the Court said, ““Generally speaking, the 2008 and 2010 SBCs, as well as other statements relating to HP’s ethical code of conduct, do not constitute actionable misrepresentations or omissions because they are not material. “‘[V]ague, generalized, and unspecific assertions’ of corporate optimism or statements of ‘mere puffing’ cannot state actionable material misstatements of fact under federal securities laws. Such statements include those that are not “‘capable of objective verification’” or “‘lack[ ] a standard against which a reasonable investor could expect them to be pegged.’” “When valuing corporations, . . . investors do not rely on vague statements of optimism like ‘good,’ ‘well-regarded,’ or other feel good monikers.” “Instead, “professional investors, and most amateur investors as well, know how to devalue the optimism of corporate executives.””

How about that to warm the heart of every CCO out there? For that matter how about the Department of Justice (DOJ) or SEC who said in their jointly released FCPA Guidance that “A company’s code of conduct is often the foundation upon which an effective compliance program is built. As DOJ has repeatedly noted in its charging documents, the most effective codes are clear, concise, and accessible to all employees and to those conducting business on the company’s behalf.” So all the talk that we preach about the importance of a Code of Conduct; at least one court has now said it is ‘mere puffing’. Do you think that the Chief Executive Officer (CEO) will want to spend a bunch of money for an aspirational, puffery statement? I hope so because the DOJ and SEC still say it is important. But if a corporation ever takes the DOJ to trial in a Foreign Corrupt Practices Act (FCPA) matter, there is at least one court who has said a Code of Conduct is not important.

Our third, and final item, comes courtesy of Nicholas Elliott from the Wall Street Journal (WSJ) Risk and Compliance Journal, in an article entitled “The Morning Risk Report: Germany’s Forceful Privacy”. Elliott reports that it is “going to be more complicated to do business in Germany, the fifth largest trading partner of the U.S. Angered by news that the U.S. National Security Agency’s electronic surveillance efforts included Germans, that country’s data-protection body declared last month that most data transfers to the U.S. breach its laws. This stance affects not only data transfers for which companies seek approval but also those covered under safe-harbor provisions of European law”.

This may well severely constrict the ability of US companies to investigate, audit or even monitor their German operations or German citizens who are employees or third parties to the company. Not that German companies and citizens have always been 100% lean when it comes to bribery and corruption (See: Siemens-corp division and Ecclestone, Bernie-ind. division). But clearly the US government has seriously infuriated some of its major trading partners for its spying to try and enforce the FCPA and this will come back to bite many US companies in the behind if they cannot get data and information out of Germany and are faulted by the DOJ and SEC for their failure to do so.

I wrote about the data privacy issue back in June in light of Edward Snowden’s revelations about National Security Agency (NSA) spying and the attendant fallout. This issue is now in the forefront of EU-US trade negotiations. An article in the Financial Times (FT), entitled “Data scandal clouds trade talks”, Hannes Swoboda, leader of the socialist members of the European Parliament, was quoted as saying “With all the information that we’ve found out in the recent days about how easily the US spies on people’s private data I think it will be difficult for the Americans to oppose a strong data protection agreement.” The article notes that many of the rules proposed for EU data protection are opposed by US companies because “their business models would be damaged.”

Elliott ends his article with the following, “At the same time, European privacy rules will probably be tightened, with a proposal for fines levied on companies that share data without customers’ permission. The Wall Street Journal reported last week that such rules could create further legal uncertainty by conflicting with U.S. laws such as the Patriot Act and Foreign Intelligence Surveillance Act.” Amen.

These three strikes have the effect of the following: (1) denigrating an entire compliance regime of a company by declaring its foundational document ‘mere puffing’; (2) puts the CCO backside on the firing line for a civil or potentially criminal action if they do not uncover FCPA violations; and (3) making illegal the removal of certain data from Germany where not do so may well be a FCPA violation. Be afraid, be very afraid…

Day 5 of One Month to a Better Board-Forecasting

Is the FCPA working? Three dispatches from Latin America

Guess we will have to return to Quadraphenia.

Or maybe they come in fours. I saw a brief squib yesterday to the effect that the CCO of a company called FX Direct Dealer had been fined $75K for failing to implement an adequate AML compliance program. http://www.dailyforex.com/forex-figures/regulation/fxdd-compliance-officer-fined-75000/1259