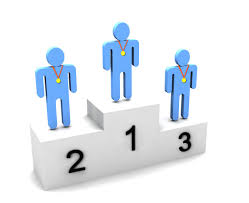 Today I conclude my exploration of the article in the summer 2013 issue of the MIT Sloan Management Review, entitled “Designing Trustworthy Organizations”, by the quartet of authors: Robert F. Hurley, Nicole Gillespie, Donald L. Ferrin and Graham Dietz. In case you missed the previous articles, or are reading Part III before Parts I or II, let me start by reiterating – IF THERE IS ONLY ONE ARTICLE THAT YOU READ ON ETHICS AND COMPLIANCE IN 2013 THIS IS THE ONE TO READ. This the single best article I have ever read on how to build or maintain a culture of compliance, as it gives a specific road map to the compliance practitioner, in-house counsel or any other business executive on how to instill a culture of ethics and compliance in your company. In Part I, I looked at why such ethics and compliance failures occur from an organizational perspective. In Part II, I considered how to build ethical organizations which do business in a compliant manner. For Part III, I will conclude with the steps a company can take to rebuild trust in an organization after a catastrophic failure in ethics and compliance.

The authors correctly note that much can be learned from an organization in how it responds to crisis. Paul McNulty often says that the key analysis to make in any assessment of a potential penalty under the Foreign Corrupt Practices Act (FCPA) is “What did you do about it?” I label this as “McNulty’s Maxim No. 3”. However, after every storm there is an opportunity for a company to rebuild a culture of ethical behavior and doing business in compliance. The authors identified what they believe to be three critical stages in any such comeback. They are (1) investigation; (2) organizational reform; and (3) evaluation.

In order to begin the process of repairing a corrupt corporation, the authors believe that there must “credibility, rigor, independence and accuracy of the investigation.” A clear example where this was not done was in the situation where the Wal-Mart corporate office sent the investigation of allegations of bribery and corruption in its Mexican subsidiary back to the people alleged by the company’s internal whistleblower to have headed up the bribery and corruption; with predictable results. The authors believe situations like this occur when a company is “so concerned with appearance and damage control that they are unwilling to engage in the degree of examination required to root out entrenched” ethics and corruption violations.

The FCPA Guidance anticipates this prong when it advised companies to “Moreover, once an allegation is made, companies should have in place an efficient, reliable, and properly funded process for investigating the allegation and documenting the company’s response, including any disciplinary or remediation measures taken”. Jim McGrath, among others, regularly writes about the need for companies to employ outside counsel who specialize in such investigations. McGrath’s suggestion would certainly fit with the authors’ recommendation on this point.

The authors also note that the investigation must drill down and determine “how each element of the organizational system directly or indirectly contributed” to the ethical and compliance failures. Only by such a thorough investigation can a company begin the road to recovery. So not only will an independent investigation bring a jaundiced eye to discover the facts but such a granular view will lead to the necessary “recommendations for systemic reform.”

The authors begin with a single line that all compliance practitioners need to paste in front of senior management and company executives, “Since all trust [i.e. compliance] failures are systemic, the organizational reforms need to be systemic as well.” ‘Rogue’ employees exist or are created by a company culture and internal control system that either encourages such behavior or actively rewards it. Due to this, the authors recommend that “Structures, systems and processes should be the first point of intervention”. But the authors caution that this is only the start and if these are the only items addressed, they are “unlikely to produce sustainable change.” This is because the more difficult, yet more important, changes in ethics and doing business in compliance involve an organization’s “culture, strategy and leadership and management practice.” In other words, if management does not make the start at changing the culture, violations will likely continue.

To make such a universal change, the authors believe that “systemic reforms need to be reinforcing and congruent so that trustworthiness becomes embedded in the organization’s culture over time.” So not only do leaders have to change the way that they lead, but the way employees do their work must also change. A true change in company DNA may be required to move to doing business ethically and in compliance with the burgeoning world-wide regime of anti-bribery and anti-corruption legislation.

The authors caution that even if systemic changes are made by an organization, they still “must be evaluated to ensure that they are working as intended and pitfalls must be addressed.” Because a true systemic change can be so difficult the most important prong in repairing a culture which has fallen short of doing business ethically and in compliance is through “ongoing assessment, learning and course correction”. The first step is “to take a systems perspective to accurately diagnose and reform the true faults in the organizational system, and then to evaluate the effectiveness of the reforms.” This aids to not only help repair a culture of ethics and compliance but to embed such values in an organization. Lastly, by embedding such values within an entity it becomes more resilient to future ethics and compliance failures by (hopefully) detecting them early and remediating the issue(s) quickly.

The authors concluded with examples of three well-known companies which were able to repair themselves and do business more ethically and in compliance.

Siemens AG is well-known for having the highest fine, $800MM, in the history of the world to date for its FCPA violations, $800 MM, paid to the US government. It also paid the equivalent amount to the German government for a total fine in the neighborhood of $1.6 bn. Such costs do not include the investigative costs. The authors detailed the following steps that Siemens took:

It is well-known that former British Prime Minister Tony Blair is famous for shutting down his country’s Serious Fraud Office’s investigation into bribery and corruption allegations against the UK aircraft manufacturer under UK anti-bribery and anti-corruption law. However such help from friends on high did not help the company stay out of bribery and corruption hot water as it was hit with a $400MM fine for its FCPA transgressions. The authors reported that it took the following steps in its repair of its ethics and compliance culture:

The company was not faced with anti-corruption allegations as were the first two companies above. However, its sins may have been even worse because of the safety issues involved. A Chinese manufacturer for the company outsourced the production of certain toys. This allowed the use of lead-based paint by the sub in the production of millions of toys. The use of lead paints has been banned for the use of toys for many years in the US due to safety concerns. The authors reported that Mattel took the following steps:

I have labeled the GlaxoSmithKline PLC (GSK) corruption and bribery scandal as the most significant event for compliance practitioners in 2013. This is because of the entry of the Chinese government into the investigation and possible prosecution of western companies for conduct that the Chinese government heretofore turned a blind eye towards. I do not believe it will be long before other countries begin to look at the corruption of their officials under the rubric of their own domestic anti-bribery legislation. Subsequently, companies need to have a system in place to do the three things that the FCPA Guidance suggests, that being “A well-constructed, thoughtfully implemented, and consistently enforced compliance and ethics program helps prevent, detect, remediate, and report misconduct, including FCPA violations.”

But more than simply having such a system in place to comply with anti-corruption laws, “An effective compliance program promotes “an organizational culture that encourages ethical conduct and a commitment to compliance with the law.”” The authors have taken their concepts and wrapped them into an entire corporate culture. They believe that organizations with such commitment to doing business ethically and in compliance “tend to be high-performing, with lower employee and customer turnover, lower monitoring costs and even better financial returns.” That final sentence is the bottom line for all of this; companies committed to such conduct do better financially. It does not get much starker or clearer than that.

Lessons from a Soccer Manager for the Compliance Practitioner

Any Special Effects Left for ENRC?

Some Thoughts on What Makes a Good CCO

This Week in FCPA-Episode 168 – the Chosen One edition

This is a great read. I am curious to know the percentage breakdown of private companies versus public companies disciplined or under investigation to date and trending, if any.