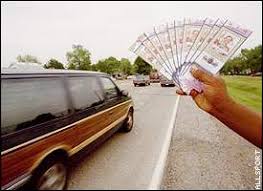 I long ago learned that there is no such thing as a ‘sold out event’; as the scalping of and for tickets to sports events is a long and time honored tradition. However with the advent of such websites as StubHub.com, it certainly has never been easier to purchase tickets to any concern or sporting event. Please note that I did not say cheaper, just easier. In many ways the scalpers have adjusted by setting up computer programs to gobble up all the tickets to an event within minutes of them going on sale so that your only choice is now the equivalent of online scalping. But if you are willing to pay, there is a well-developed market that will sell tickets to you.

This long honored tradition of scalping has come to impact companies under the jurisdiction of the Foreign Corrupt Practices Act (FCPA) in China. In an article in the Sunday New York Times (NYT), entitled “Coin of Realm in China Graft: Phony Receipts”, reporter David Barboza writes about the buying and selling on the black market of business and tax receipts. One way this Chinese scalping business does differ from the American business of scalping is that many of the receipts sold in China are fakes. Hopefully if you buy tickets to a concert of sporting event here in the US, the tickets are genuine.

However, Barboza writes that “To begin to comprehend China’s vast underground economy, one need only visit this city’s major transportation depots and watch as peddlers openly hawk fake receipts. A scalper mumbles, “Fapiao, fapiao,” or receipts, at the Shanghai Railway Station. The trade in receipts is more or less open. “Receipts! Receipts!” calls out a woman in her 30s to passers-by as her two children play near the city’s south train station. “We sell all types of receipts.” While many buyers use them to defraud employers and evade taxes, they have recently come under FCPA and UK Bribery Act scrutiny due to the ongoing investigation of GlaxoSmithKline PLC (GSK) which apparently is “still trying to figure out how four senior executives at its China operation were able to submit fake receipts to embezzle millions of dollars over the last six years. Police officials say that some of the cash was used to create a slush fund to bribe doctors, hospitals and government officials.”

In many cases it is not the paper that the receipts are printed on that is fake, only the information contained therein which is fraudulent. For instance, the unused receipts from a hotel may be pilfered and “then resold to dealers and enter the black market. In Shanghai, companies actually advertise by fax that they buy unused receipts. One such advertisement sent by fax read “Due to our diverse accounting service for other companies, we now need invoices from various industries (13% or 17% VAT),” one ad sent out last week by the Shanghai Fangyuan Accounting Agency reads, referring to the value-added tax receipts. “If your company has leftovers of 13% or 17% VAT invoices, we can offer good rates to buy them.”

As bad as this system of selling fraudulent invoices is, it pales beside the damage created by the sale of invoices by government officials themselves. Barboza notes that “state employees, whether they work for government agencies or state-owned enterprises, seem as eager as anyone else to bolster their compensation by filing fake invoices.” He quoted Wang Yuhua, an assistant professor of political science at the University of Pennsylvania and the author of a study on bribery and corruption in China, for the following “Their salaries are relatively low, so they supplement a lot of it with reimbursements. This is hard to monitor.”

Barboza reported that “In the Glaxo case, Chinese investigators say the drugmaker’s top Chinese executives worked closely in recent years with a Shanghai travel agency to falsify documents. For instance, airline ticket receipts were filed for trips that never took place and when executives listed 100 guests at a conference, perhaps only 80 showed up, making it possible to file false inflated receipts and thus embezzle from Glaxo’s London headquarters.” Six other international pharmaceutical companies have also acknowledged that they have used this travel agency in the past three years.

Barboza detailed that such corruption schemes were not unknown to FCPA enforcement. He cited to Securities and Exchange Commission (SEC) complaints against IBM where its “employees in China created “slush funds” with its travel agencies and business partners, partly to “provide cash payments and imported gifts, such as cameras and laptop computers to Chinese government officials.” In another SEC Complaint, it found that “between 2005 and 2010, Wyeth, a division of the drug company Pfizer, had “submitted false or inflated invoices for organizing large-scale consumer education events.””

Even yesterday, the FCPA Blog reported, in a post entitled “Baxter confirms China payment offenses”, that the company in question paid for an event which never occurred. It paid a travel agency identified as the Beijing Youth Travel Service Co. approximately $15,100 for a conference at the Crowne Plaza Shenyang Parkview. The article quoted the Wall Street Journal (WSJ) which had written, “But an employee in the banquet and meeting department of the Crowne Plaza Shenyang Parkview said no event was organized for that date involving Baxter or medicines. She also said the hotel had no record of a meeting on that date organized by the Beijing Youth Travel Agency.”

Barboza refers to some un-named analysts who “say the cost of monitoring is high and would involve the tedious work of verifying millions of receipts by calling hotels, airlines and office supply stores and scrutinizing countless transactions for signs of fraud.” My response to these analysts is to say that if your compliance risks are known for a certain profile, then you should devote the necessary resources to making sure you are in compliance in that area. Eric Carlson pointed out in his three post series in the FCPA Blog, entitled “Corruption Risk—China Travel Edition”, that there have been a plethora of FCPA enforcement actions related to travel in China. With regard to the abuse through travel agencies, Carlson wrote about four different corruption scenarios, including (1) event abuse planning; (2) mixture of legitimate and illegitimate travel; (3) other collusion with travel agencies; and (4) parallel itineraries. So those risks are well known and have been documented.

So while scalping tickets may be a time honored tradition here in the US; the buying and selling of real or fake invoices can lead to some serious trouble in China. While there has not yet been any employees of non-Chinese companies who went to jail for the fraudulent use of a real or fake invoice, that may be just around the corner. And I can assure you, wherever you may not wish to be, there cannot be many places you do not want to be more than a Chinese prison.

Rethinking Stakeholder Engagement for the New Millennium – Part I

Tom, Great job of explaining the nature of the fraud and the dangers associated with it.