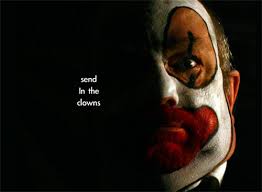 How can you determine if an organization charged with compliance is corrupt or simply incompetent? It is hard today to answer that question when it comes to the National Collegiate Athletic Association (NCAA) and its enforcement division. For those of you do not know the story, the NCAA was investigating last year’s Heisman Trophy winner, Johnny Manziel a/k/a Johnny Football, for allegedly signing autographs for money, which is a violation of the near slavery conditions that NCAA scholarship athletes find themselves in today.

The NCAA began its investigation when ESPN’s investigative program ‘Outside the Lines’ broke a story that one (or maybe two, or three) autograph brokers paid Manziel to sign his name to memorabilia which they could resell. While the ESPN report said that Manziel had received compensation for these signings, the NCAA apparently could not confirm that Manziel received any money. Nevertheless, such an action of Manziel signing his name was apparently a violation of NCAA bylaw 12.5.2.2 which involved engaging in an “inadvertent violation regarding the signing of certain autographs.” In other words, the NCAA claimed that Manziel signed thousands of autographs without realizing someone would sell those autographed items for a profit.

For this grievous violation of NCAA rules Manziel was penalized – wait for it – for one-half of a game. Even better is the fact that this penalty will be enforced against that noted NCAA football powerhouse, the Fighting Rice Owls. Since Manziel would have only played one-half of the game anyway, as Texas A&M will no doubt stomp on the Owls, the penalty begs the question posed at the start of this post: is the NCAA corrupt or just incompetent? So instead of playing only the first half of the game, Manziel will now only play the second half. The NCAA guaranteed that the second half of this game will be the most watched half of any this weekend. Did I mention that the NCAA members are paid gazillions by ESPN to televise its games? Guess which network will be televising the Rice/Texas A&M game?

Why is this story important for the compliance practitioner? Because if you are charged with compliance, but are so incompetent that you cannot even investigate allegations laid down before you, you seriously need to get out of the compliance business. After all, it was ESPN who broke the story and gave the information to the NCAA. This is not the first time the NCAA has blown an investigation where the information was presented to them. As reported by Jim McGrath, in a blog post entitled “Not Much Heat In NCAA’s Report On Investigation of Miami”, the NCAA found that its own Enforcement Staff violated its own NCAA rules during the investigation of the Miami Hurricane football program. Oops.

When is it not incompetence but corruption? Let’s not forget that it was just a couple of weeks ago that the NCAA took down from its website the Johnny Manziel Texas A&M jersey that it was selling to profit itself. I wonder if they assessed themselves any penalty for violating their own rules? Oops again. After all this is the organization that threatened to ban a player from setting up a website to do self-employed work so that he could pay his way through college. The NCAA is the organization which banned Oklahoma State University (OSU) receiver Dez Bryant for nearly an entire year when he got confused and mis-answered a question during an interrogation. But apparently if you are the reigning Heisman Trophy winner, you are treated differently.

As pointed out by Andy Staples in an article in his Inside College Football blog for SI.com, entitled “NCAA was better off letting Manziel play than enforcing letter of law”, the entire process is a joke from the get-go. He said, “Few respected the [NCAA] enforcement process before Wednesday, and even fewer will after.” Amen, brother.

The bottom line is that your compliance program must be credible. You must treat people fairly and be consistent in your investigations and discipline. If you are working in a system which is so corrupt or incompetent that it has no credibility then you will be considered, as the NCAA compliance enforcement team is today, a bunch of clowns.

A Trip to the Dentist for Some Compliance Insight

How Do You Develop a Compliance Practitioner?