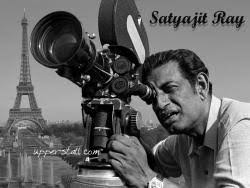 If you are in London this week, I might suggest that you drop by the British Film Institute (BFI), which is celebrating the work of the Indian film maker, Satyajit Ray. If you have never seen a Satyajit Ray film, all I can say is that you have missed one of the world’s greatest directors. In an article in the Financial Times (FT), entitled “A genius for looking”, Amit Chaudhuri says that “all Bengali and Indian cinema was changed” after the release of Ray’s first film, Pather Panchali. Ray followed up this first film with two more entitled, Aparajito and Apur Sansar, and all three form The Apu Trilogy. They truly were game changers for cinema across the globe.

In many ways, the ongoing bribery and corruption investigation of GlaxoSmithKline PLC (GSK) may also portend a game-changer in China. In another FT article entitled “China dream sours for foreign companies”, Tom Mitchell wrote that “The “Chinese dream” articulated by China’s new president, Xi Jinping, is fast becoming a nightmare for some of the world’s most powerful corporations.” This is because “since then, government investigations and state media exposés targeting foreign investors have become a regular feature of the country’s business landscape.” Mitchell reported that some western executives “complain that foreign groups appear to be encountering particularly heavy scrutiny under the new leadership.” That complaint might certainly be considered by GSK about now as they have become the poster child for Chinese enforcement of its own internal anti-bribery legislation.

One of the things that compliance practitioners should not lose sight of in the ongoing bribery and corruption investigation of GSK is that the investigation, detentions and arrests all involve allegations of violations of Chinese law, not the US Foreign Corrupt Practices Act (FCPA) or UK Bribery Act. And while prosecution and even indictment or arrest under the FCPA or Bribery Act could not be termed a pleasant experience, I am relatively certain that it would pale in comparison to indictment or arrest under the applicable Chinese law prohibiting bribery of Chinese officials.

But what is the Chinese law regarding bribery and corruption of Chinese officials inside of China and what might that portend for US, UK or other western companies doing business in China? In a recent client alert, entitled “Recent Developments in Chinese Antibribery Laws and Enforcement”, the law firm of Akin Gump Strauss Hauer & Feld LLP, wrote that “The recent, very public crackdowns against alleged bribery activities by foreign firms, however, should be seen in a broader historical context and as a manifestation of developments in the legal arena that have been taking place over some time.” This is because Chinese officials had previously focused on prosecution of bribe recipients, not the bribe payers. They noted that “Chinese laws against bribery can be found in the PRC Criminal Law, first promulgated in 1997. Importantly, in contrast to bribery laws in many other jurisdictions, the Chinese law applies only to the actual giving of a bribe, not to the offering of one; there is no law against attempted bribery in China. In contrast to the FCPA, the rules in China apply to bribing private individuals and entities, not just government officials.”

The client alert also reports that that the Interpretations on Several Issues Concerning the Application of the Law in the Handling of Criminal Bribe-Giving Cases, adopted jointly by the Supreme People’s Court and the Supreme People’s Procuratorate in December 2012, which became effective in January 2013, defined more clearly the various levels of bribery, issues regarding the amount of money involved, the identity of the recipient and penalties. Additionally, it notes that “Various Chinese court rulings provide some guidance on the issue; per these rulings, the following factors are key: (i) the nature and history of the relationship between the parties; (ii) the value of the gift; (iii) the purpose and timing of the gift relative to what is obtained; and (iv) to what extent the recipient has used his or her position to promote the interests of the gift giver.” However, and perhaps more ominously, the client alert also says that “given the general nature of these guidelines, prosecutors and judges have considerable discretion in determining whether a particular act amounts to an illegal bribe.”

I am indebted to my colleague Helen Zhang, Partner in the Shanghai office of the Zhong Lun Law Firm, who provided me a copy of her presentation on Management of Corruption Exposure Legal Framework & Company Approaches, for a detailed discussion of the legal framework on Chinese anti-corruption laws. She begins with a definition of what might constitute a bribe under Chinese law. The criminal proceedings section states that bribes can include “money, property, material object or interest on property that can be counted by money, such as providing house renovation, membership card containing money, token card (coupon), traveling expenses, etc., or anything of a property nature.” In the administrative proceedings Zhang states there can be prosecutions for “any incorrectly recorded sales discounts or rebates.” Zhang gives several tests on what might constitute a legitimate gift, contrasting it with indicia of bribery. They include the following:

In her presentation she set out the penalties for offering bribes under Chinese law. My summary takes the form of a Penalty Box Score.

Zhang also points to the Pursuant to the PRC Supreme Court’s interpretation, for the proposition that from January 1, 2013 forward “if the company adopts a collective decision or the in-charge manager of the company makes a decision to voluntarily confess the bribery activities before being pursued, the penalties on the company and its relevant responsible persons can be reduced or even exempted.” She notes that there are some defenses available. Under general Chinese law, these are voluntary confessions and contributions to other cases, other defenses applicable to bribery cases include “blackmailed bribery and no improper interest involved”.

She specifically sets out that facilitation payments are not excepted out from the Chinese bribery statutes; stating “Facilitation payments may be deemed bribery if the facilitation of the relevant government procedures constitutes an “improper interest” acquired by the briber. Pursuant to the judicial interpretations of the PRC Supreme People’s Court, any attempt to obtain advantage of competition inconsistent with the principle of fair and just may also be deemed a kind of “improper interest”.” Most relevant to the GSK matter, she writes that “Indirect payment of bribes through an intermediary is not a defense and both the intermediary and the briber may be criminally prosecuted: (a) if the intermediary introduces the briber to a public official, he may be prosecuted for the “crime of introduction of bribery”; or (b) if the intermediary assists in the payment of bribes for the briber, he may be prosecuted for the “crime of bribery” as an accomplice of the briber.”

I am not certain as to the author of the Akin Gump client alert cited in this article. However, there are two law firm contacts listed at the end of the article. If you need more information about their article, you can reach them as follows: William Rosoff, email: wrosoff@akingump.com and Yuanming Wang, email: ymwang@akingump.com.

Helen Zhang can be reached via email at helenzhang@zhonglun.com.

Airbus Settlement: Part 6 – The Investigation, the Remediation and Final Thoughts

The Panama Papers and Shell Games, Part I