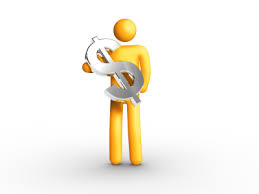 Sorry to interrupt my three-part series on the greatest ethics and compliance article ever written but I just could not help myself. On Monday, forbes.com, in an article entitled “2013 Houston Astros: Baseball’s Worst Team Is The Most Profitable In History”, Dan Alexander reported that the sad sack of an alleged Major League Baseball (MLB) team, the 2013 Houston Astros are the most profitable baseball team in the entire history of professional baseball. Alexander said “The Astros are on pace to rake in an estimated $99 million in operating income this season. That is nearly as much as the estimated operating income of the previous six World Series championship teams — combined.” That is not simply the most profitable team this year, but of all time.

I guess the Astros owner, Jim “Mr. I Made a $100 Million so I must know what I am doing” Crane, does know how to make money. Too bad he does not seem to have much of a clue about putting a competitive baseball team on the field. How did Crane manage to become the most profitable owner in MLB history? Well he started out with the lowest payroll in the majors ($21MM) and then got rid of every player, save one, who is now making above the MLB minimum of $490K. The payroll now hovers around $10MM. Brilliant, simply brilliant.

But wait there is more. The Astros signed a television contract with the new sports network, Comcast SportsNet Houston, for $80MM. Too bad for Comcast they paid so much money for the rights to televise the Astros that they had to try and extract such high fees out of the cable providers in Houston and that 60% of them refused to pay the fees and carry the Astros. At least my provider is one which does not carry the Astros so I don’t have to watch their on the field product this year. But the Astros still get their $80MM. Once again, brilliant, simply brilliant.

The above monies do not even include the revenue sharing that the Astros will be eligible for. As discussed by noted baseball commentator Peter Gammons in three consecutive tweets during Spring Training:

(Tweet 1) If I’m an ALE or ALC owner, Houston’s plan to have no payroll, lose, get the 1-2 pick 4 years in a row and still steal revenue-sharing $ (Tweet 2) –may guarantee 3 teams in the AL West win 90 games and make the playoffs, and spit on the integrity of the sport. Fellow big market teams who (Tweet 3) have payrolls under $40M should 1.not get revenue-sharing and 2. be out of the protected pick business. Rewarding trying to lose is wrong.

In other words, the Astros make even more money by being so bad and it is funded by the other owners of MLB. Of course, if you are an owner of an American League (AL) West team, you might like feasting on AA and AAA players every time you see Houston. But I doubt the rest of the American League is so pleased. But for the Astros, trying to lose and make money, brilliant, simply brilliant.

What was the Astros response to all of this? As reported in the Houston Chronicle “The Astros did not respond to Forbes’ request to discuss the team’s finances but team president Reid Ryan took issue with the numbers. Ryan was quoted as saying, “We’re going to have expenses that are higher than our revenues, and that doesn’t make (the team) profitable.” Sort of gives you lots of the warm and fuzzies right there doesn’t it.

So what is the compliance angle in all of this? I am in the midst of three posts which discuss how a company can build or rebuild a culture of ethics and doing business in compliance. One of key components is that all stakeholders’ interests must be considered and protected; specifically including customers. In their article, entitled “Designing Trustworthy Organizations”, authors Robert F. Hurley, Nicole Gillespie, Donald L. Ferrin and Graham Dietz, found “one type of incongruence that frequently led” to breakdowns in doing business ethically and in compliance. That breakdown came when the interests of one stakeholder group was favored over another stakeholder group. The authors identified some various stakeholders as shareholders, employees, customers, suppliers and communities. The authors said that this incongruence has “been defined as letting shareholder profits take precedence over core responsibilities to other stakeholders.” But it is simply more than serving one stakeholder better than the others. It is favoring one stakeholder to the extent of “the expense of and even causing harm to” other stakeholders. I would say Crane and the Astros ticked that box of incongruence.

While the Astros are privately owned by Crane, they do have international operations, such as their player evaluation, scouting and development initiatives in Central, Latin and South America. I wonder how much of the $99MM in profit goes towards the Astros Foreign Corrupt Practices Act (FCPA) compliance program? If the Department of Justice (DOJ) or Securities and Exchange Commission (SEC) ever got around to looking at the Astros compliance regime, what level of commitment to doing business ethically and in compliance do you think that they might find? Would it be commensurate with the team’s standing as “the most profitable team of all-time”?

I close with these comforting words from the Astros Press Release decrying and denying the report in forbes.com, “The Astros will continue to operate the team in a fiscally responsible manner that will make the City of Houston proud. We are very excited about our accomplishments and we remain steadfast in our commitment to this rebuilding process.”

Even if you are not a Houstonian, I am sure that you share my excitement and pride.

Farewell to Sam Shepard: Wither Whistleblowers in the UK?

The Blue Geranium – SEC Enforcement of the FCPA – Part III