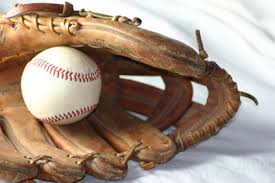 Where’s the ball? That iconic question was asked by Oakland A’s center fielder Chris Young to Houston Astro left fielder Robbie Grossman near second base late Wednesday night, as Grossman was returning to the dugout after robbing Young of a game-winning walk-off home run by literally catching Young’s shot after it was over the left field fence. Grossman obliged Young as he passed second base, opening up his glove with a big grin on his face, to show that he did indeed have the ball. (For a clip of Young’s shot and Grossman’s catch, click here. Young’s question “Where’s the ball?” is at the 23 second mark.)

I thought about that question when I read an article in the Financial Times (FT), entitled “China drug bribe probes broaden”, where reporters Patti Waldmeir, Jamil Anderlini and Andrew Jack wrote that Chinese authorities are widening their probe of western pharmaceutical companies. In one example cited it was stated that the government of Shanghai “told hospitals to look for corruption in the purchasing and prescribing of drugs, as well as in clinical trials conducted with hospital participation.” This broadening also included investigations of doctors. Separately the State Administration for Industry and Commerce announced that it would investigate “bribery, fraud and anti-competitive practices in a range of industries that touch the lives of consumers, from drugs and medical services to school admissions.”

Whether the focus on the corruption by western companies is based on politics, nationalism, the rising cost of domestic drugs or any other reason, it really does not matter, however, it could mean that in addition to investigation and potential enforcement by the Department of Justice (DOJ) and Securities and Exchange Commission (SEC); the Chinese themselves may take up the task. If that is the case there will most probably be cooperation between the various investigative agencies involved. All of that means more pain for the companies involved.

Over the past couple of days Mike Volkov has provided information to the compliance practitioner to assist in this new world order in China. In a blog post, entitled “China and Compliance Solutions: Choking Off the Money Supply” and webinar, entitled “How to Avoid Corruption Risks in China”, Volkov gave some specific suggestions for the compliance professional to utilize in the current enforcement environment in China. In his webinar, he said that western companies operating in China need to understand that the cost of compliance will exceed other countries. While there is certainly an upside in revenues from China business, it also involves greater compliance costs and risks. Companies need to construct enhanced compliance controls and implement aggressive monitoring programs, demand adherence to strict documentation policies and to integrate non-Chinese controls and personnel into China operations to supervise and monitor the local operations.

Volkov identified third party risks as the greatest risk because companies have a limited ability to control the outgoing of their monies much more than companies usually do of their own. Some of the key questions that need to be explored in the due diligence process include what specific services will the third parties be used for and have you verified that the potential agent can deliver those services? You need to care that there is an absence of relationship between your Chinese employees and third party. You also need to inquire about how the third party came to the company’s attention? So, for instance, does it have an internal sponsor in your company? Volkov notes that not only must audit rights be secured by western companies; they need to exercise those rights. Lastly, he advises that any unjustified expenditures have to be aggressively pursued both through the audit process and into the investigative process, if needed.

Volkov believes that a key control involves focusing on internal expenditure. Unfortunately, he notes that external auditors often rely on Chinese affiliates, who he believes are “notorious for bending to company resistance to auditing standards and inquiries.” Therefore companies need to require their external auditors to install quality controls. Companies should also demand strict adherence to auditing standards. He suggests that there should be both forensic auditing and transaction testing to review individual receipts and transactions. Lastly, he suggests that money should only be doled out through strict supervision by a non-Chinese controller.

In his blog post, Volkov drills down into some specific protections that a company can take to control its cash outlays in China to try and prevent some of the more well-known bribery schemes. He believes that “The strategy for compliance is then to focus on access to the money which the bribe payor needs to complete the bribe. Resources and controls need to be allocated and designed based on this analysis and focus.” He provides two scenarios where bribery and corruption can occur and two possible strategies to combat such actions.

In the first scenario, a company employee obtains company money by fraud and then pays a government official. Under this scenario, a company employee uses a fake invoice(s), which is typically required in China to satisfy tax authorities. The fake invoice, which may involve another party as the recipient of the payment, is a means by which to “steal” the money from the company and use it for an improper purpose. This was the bribery scheme used by Eli Lilly’s employees in China where employees submitted false expense accounts and used the difference to fund their bribery scheme.

Volkov’s prescription for this is that the company’s compliance function must ensure that internal financial controls are scrupulously followed, so that any potential fake invoice is identified in advance.  He believes whether the offender is an ex-pat or a local employee it is important to enforce such rules, it is an issue which can be debated and the outcome will depend on the personal and the specific situation facing the company. The reason would seem rather self-obvious; that is, if no one is watching the invoicing process, verifying the accuracy of the invoice and ensuring that the payment is justified, money will slip out from the company for bribes. But, then again, maybe not given the paucity of Foreign Corrupt Practices Act (FCPA) enforcement actions in China. This means the focus of internal controls should include not only fake invoices but systems, procedures and forms to ensure that only approved and appropriate payments are made.

Under his second scenario, Volkov cites the situation where a company employee enlists the assistance of an agent to make direct payments to a foreign official to ensure that the government official purchases the company’s product or service. The company employee knows that the third party is used (or will be used) for legitimate and improper payments. The company employee knows that some of the invoices submitted by the third party are for legitimate services and some are for non-existent services and used to finance bribe payments. Sounds sort of like GlaxoSmithKline PLC’s (GSK) China operation to me.

To help counteract this second bribery and corruption scenario, Volkov recommends that “China-focused compliance strategy to reduce illegal money flows through third parties requires enhanced resources and controls to conduct due diligence, monitoring of money payments, justification for every payment, and enhanced monitoring elements. Each payment has to be fully justified, documented and corroborated. Monitoring techniques have to include detailed transaction testing and in-depth compliance and financial audits.” He once again cautions that the objective is to concentrate compliance on the movement of each dollar, confirm the legitimacy, and look for any signs of potential funding of bribery through the third party.

We started out with the question of “Where’s the Ball?” Just as Chris Young thought it was prudent to verify that indeed the Astros outfielder had caught his near game-winning, walk-off home run; you need to be prepared to ask some direct questions in your Chinese operations. If you do not see the ball or you do not get direct answers, my suggestion is that you gear up and get some people in place who can do so. Otherwise you might end up like our friends at GSK.

Being a Great Subordinate

This Week in FCPA-Episode 120, the Hurricane Florence and Beyond edition

I think that what the China events demonstrate is that the Ethics and Compliance community has to consciously broaden its skill base and learn to work even more closely with other parts of the company. Compliance doesn't just happen: it requires a culture (which oftentimes needs to be developed or honed) and tools to demonstrate that it operates as we design and expect it to function. The basis for compliance is of course a legal issue, but to make it work, we need change management, which is an organisational/people skill and we need to assure that it is effective and that requires financial expertise. Sometimes I wonder whether we realise this multi-dimensional aspect and whether we concentrate too much on developing a robust Code (however critical that is!). Of course Tone at the Top is essential, but in most companies the reward structures are not developed to make sure that Compliance is measured and rewarded. That means that we need additional eyes and ears on the ground. Volkov believes that a key control involves focusing on internal expenditure. I agree fully but don't believe that Volkov is right pointing fingers at external auditors. It is hard to imagine that a professional Controller's organisations would not have had concerns about elevated levels of travel spend. What are management accountants for? What happens to budget and expenditure challenge? These are internal finance activities and Financial controllers (and not external auditors) need to install and operate quality controls. I am pretty sure that these MNCs also have Internal Audit departments. They should be checking for management that controls are in place and that they are operating effectively. When did they last identify travel as a risk and looked into the accounts in any depth? You don't need forensic auditing skills: but understanding the business you are auditing and some critical transaction testing. My Chemistry teacher in High School called in Common Sense. It would have likely have raised the issue to management earlier and before the regulator become interested. Maybe controllers and auditors need the Compliance team to provide them with help in identifying red flags or access to senior management if the business resists their findings and recommendations. Compliance is multi dimensional and multi skill. Let's build our alliances now.