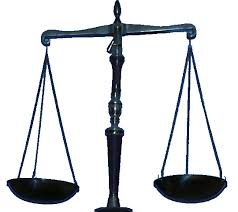 Teodoro Obiang Mangue  has led a life that few could easily relate to.   At age 8, his father organized a coup against his uncle to assume the Presidency of Equatorial Guinea.  Thirty years later, his father continues to maintain a tight grip over the country and Teodoro (nicknamed “Teodorin”) has become the heir apparent, comfortably coasting for the time being as Minister of Agriculture and Forestry.

Equatorial Guinea is a small country of about 600,000 people on the west coast of Africa.  Much in Equatorial Guinea changed in the 1990s when large offshore oil deposits were discovered and the country quickly became one of the leading oil producers in sub-Saharan Africa.  But while the elite in government enjoyed their newfound wealth, none have enjoyed it with quite as much flair as Teodoro.  Among his list of expensive toys are  several Bugattis, a couple Ferraris, Lamborghinis and Bentleys,  a $38.5 million private jet, and a $30 million Malibu home bought in 2006 that was later ranked as the 6th most expensive residential purchase in the United States that year.  Not bad for someone whose official salary is only $60,000 a year.  The true tragedy of the situation, however, is that the majority of Equatorial Guineans live below the poverty line, and the country ranks 136 of the 186 nations on the United Nation’s Human Development Index.  This hasn’t stopped a playboy millionaire like Teodoro, though, who’s reportedly spent nearly $700,000 just to rent Microsoft co-founder Paul Allen’s 303-foot yacht for a weekend.

For years, the international community has tried to expose Obiang’s illegitimate wealth, and in 2010, the United States Senate’s Permanent Subcommittee on Investigations published a scathing report on Obiang’s use of U.S. lawyers, bankers, real estate agents and escrow agents to launder $110 million in suspect funds out of Equatorial Guinea and into the United States.  The report, entitled Keeping Foreign Corruption Out of the United States: Four Case Histories, shows how two U.S. lawyers, Michael Berger and George Nagler, actively helped Obiang to circumvent U.S. anti-money laundering controls at U.S. banks by allowing him to use their attorney-client and law office accounts as conduits for his funds.  The two-step process of first transferring the funds to the lawyers’ attorney-client and law office accounts before transferring the funds to U.S. banks helped mask the fact that the funds were coming from Equatorial Guinea, which most banks flag as a high risk country due to its reputation for corruption.  According to the report, Mr. Berger and Mr. Nagler assisted Mr. Obiang to hide his identity from the banks by, among other things, setting up shell companies for Mr. Obiang and failing to disclose to the banks that Mr. Obiang was the beneficial owner of those companies.  “The Obiang case history,” summarized the Senate Subcommittee report, “demonstrates how a determined [politically exposed person] can employ the services of U.S. attorneys to bring millions of dollars in suspect funds into the United States through U.S. financial institutions.“

A few months after the Senate published its findings on Obiang, the International Bar Association, in cooperation with the Organization for Economic Co-operation and Development (OECD) and the United Nations Office on Drugs and Crime (UNODC), published the results of their own survey entitled Risks and threats of corruption and the legal profession.  The survey’s goal was to alert readers “to the unfortunate fact that lawyers are indeed approached to act as agents/middlemen in transactions that could reasonably be suspected to involve international corruption.”  Indeed, the results of the survey were disconcerting:

That lawyers are routinely involved in bribery schemes should come as little surprise to those in the FCPA bar. Some of the biggest cases brought under the Foreign Corrupt Practices Act have involved lawyers, including:

Why are members of the legal profession so often implicated in these bribery schemes?  Part of the problem may be due to a lack of client transparency.  In many countries, lawyers have no obligation to look into the source of their client’s funds, even if their client is a high-risk, politically exposed person.   In the US, for example, lawyers have been excluded under the Patriot Act to conduct anti-money laundering due diligence, unlike banks and other financial institutions.  Other countries that have no direct anti-money laundering measures applicable to lawyers include China, India and Canada.

Even when a lawyer is aware that their client is engaged in illegal behavior, many legal professionals may feel a contradictory obligation to refrain from revealing confidential information that they’ve gained as part of the attorney-client relationship.   This issue was brought center-stage in the early 2000s after the Enron, WorldCom and Tyco scandals, which showed just how much attorneys knew of the illicit behavior going on without doing anything to stop it.  Now, in the wake of Sarbanes Oxley, the American Bar Association’s Model Rules of Professional Conduct state that once a client has used the lawyer’s services in furtherance of a crime, the lawyer must withdraw completely from representation.

Still, many lawyers remain unaware of their responsibilities, especially those having to do with corruption.  As a result, the IBA has made it a goal to continue to inform lawyers of their duties not to perpetuate bribery schemes.  Earlier this year, it published an Anticorruption Guidance meant for bar associations around the world to develop anti-corruption initiatives that are relevant to practitioners in their jurisdictions, and last year, the IBA coordinated with the OECD, the UNODC and 40 law schools selected from various countries to pilot the use of anti-corruption training into the syllabus of law degrees.

Another problem in this area is the fact that law firms are so rarely vetted themselves for anti-bribery.  In fact, more than two-thirds of respondents in the 2010 IBA survey said that their law firms had never been subject to anti-corruption or anti-money laundering due diligence conducted by foreign clients; more than 90 per cent stated that less than 25 per cent of clients required them to certify that they had any anti-corruption compliance program at all.  Often, that means that companies operating in foreign jurisdictions are choosing who to hire for legal advice based solely on reputation.  In its 2010 report, the IBA wrote “that clients are unaware of their own due diligence responsibilities and/or that they do not consider lawyers as intermediaries who could engage in corrupt acts and/or be subject to anti-corruption rules and regulations.”  The dilemma brings to mind the Latin phrase quis custodiet ipsos custodes?  –  “who watches the watchmen?“

As companies become increasingly aware of these risks, many are now asking to conduct at least some level of due diligence on their outside lawyers.   And if this was something that at one time would have been frowned upon in the legal profession, many foreign lawyers, like other third party intermediaries, are seeing due diligence as a way to distinguish themselves from their peers.  Earlier this Summer, TRACE International partnered with the Pan-African Lawyer’s Union (PALU) to offer free TRAC profiles to African lawyers and law firms.  The TRAC certification offers PALU law firms an online platform to rapidly exchange baseline due-diligence information with potential clients.  For those companies operating in the high-speed world of complex international commercial negotiations and international dispute resolution, TRAC is a quick and easy way to gain comfort with an outside law firm.

Lawyers, as guardians of the law, play a vital role in the fight against corruption.  Yet the unfortunate reality is that some abuse their positions to perpetuate bribery schemes.   Companies, aware that there is a growing expectation for them to conduct due diligence on a broader range of third parties, are now beginning to weigh outside counsel as potential risks.  After all, if bribery  doesn’t discriminate based on profession, then nor should a company’s due diligence program.  All of that is a good thing for honest lawyers, companies that want to do right, and, in the end, the innocent victims of corruption.

Severin Wirz, Attorney and Manager, Advisory Services ,TRACE International, Inc. He can be reached via email  at wirz@TRACEinternational.org and phone at 410) 990 0076.

TRACE is a non-profit membership association helping companies to raise their anti-bribery standards.  As part of its commitment to transparency in the legal profession, TRACE is waiving the fee for all attorneys and law firms who would like to subscribe to TRAC.  Simply visit www.tracnumber.com and apply the code: OPENLAW2013.  This code will remain valid for the whole month of August.

This Week in FCPA-Episode 100, the 100th Anniversary edition

The Face of Battle: Sir John Keegan and the Individual in Compliance