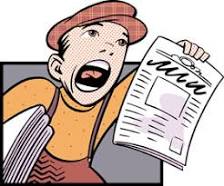 One of the avenues rarely discussed for allegations of violations of the Foreign Corrupt Practices Act (FCPA) to work their way to the Department of Justice (DOJ) or Securities and Exchange Commission (SEC) is through good old newspaper reporting. It looks like we may see an example of that in the upcoming months.  The story involves the company Gold Fields Limited, which is a South African gold mining firm, one of the world’s largest, which is listed on both the Johannesburg Stock Exchange (JSE) and the New York Stock Exchange (NYSE).

As reported on September 6, in the Mail and Guardian Online, by reporters Craig McKune and Stefaans Brümmer, in an article entitled “Investigators: ‘Gold Fields bribed Mbete‘”, there were allegations made that the company bribed African National Congress (ANC) chairwoman Baleka Mbete to get a mining right for its South Deep mine. Moreover, these allegations were made not by outside authorities or investigations but were apparently uncovered in an internal investigation commissioned by the company’s Board of Directors and handled by the New York law firm of Paul, Weiss, Rifkind, Wharton & Garrison (Paul Weiss) “to determine the facts and to provide recommendations to the board”. When the law firm returned with a finding which the law firm believed warranted a self-disclosure, the article said that “the company’s board disregarded the advice – and instead decided not to have the findings written up.”

The transaction at issue involves a stake a gold mine named South Deep and the South African Department of Mineral Resources’ requirement that the “company find an empowerment partner.” Under South African law, certain transactions are designated as Black Economic Empowerment (BEE) transactions and they require an empowerment partner. In 2010, Gold Fields announced that it had secured the rights for the South Deep mine and that it had finalized the terms of the related BEE transaction, which was required to secure the license for the mine. As part of this original BEE transaction, certain “politically connected people” including ANC chairperson Mbete and Jerome Brauns, one time the lawyer for the President of South Africa, as part of this BEE structure.

Originally, Mbete’s share as a participant was a “near-negligible value.” But later in 2010 she allegedly complained that her share was too small and “threatened to scuttle” the deal unless she was given a larger share. This allegedly led to approximately a 10% share increase of the BEE structure; which translated to R25-million, which converts into approximately $2.51MM USD.

In a Business Day article, entitled “Gold Fields BEE deal raises US inquiry red flag”, reporters Lindo Xulu and Jana Marais reported that “Mamphela Ramphele, former Gold Fields chairwoman who appointed Paul Weiss to probe the deal, told Business Day in an interview earlier this year that the department of mineral resources, which issues mining licences, had forced Gold Fields to include certain people in its list of beneficiaries.” The company itself denied this claim.

In December, 2012, Paul Weiss was brought in to investigate the matter. The law firm found enough evidence of legal violations that it recommended to the Board that they should “self-report” the evidence to the relevant authorities. This would include the DOJ and SEC as Gold Fields is listed on the NYSE. It also would have presumably included reporting to the relevant South African authorities under the “Prevention and Combating of Corrupt Activities Act. This law requires anyone who knows or reasonably suspects that any other person has committed an act of corruption, theft, fraud, extortion, forgery or uttering to report it to the police. Failure to do so is a criminal offence and carries a fine or imprisonment of up to 10 years.”

As reported in the Mail and Guardian Online, the Board received two power point presentations from Paul Weiss. The article said, “Sources with direct access have described the contents of key slides to amaBhungane. One said the full findings were “devastating” for Gold Fields.” However after a week of deliberations, the company decided the better course would be to terminate Paul Weiss before they put their final findings in any written report. The article reported that “Gold Fields chairperson Cheryl Carolus claimed last week that this was to avoid further expenses and because Paul Weiss had properly briefed the board.” Further, the Board decided not to self-report because “self-reporting would damage the company too much.”

The Board did release a statement which said in part that “the implementation of the [BEE] transaction did not consistently meet the high standards set by Gold Fields”. Some additional fallout came when three foreign Directors departed from the Board. One of them, Roberto Dañino, a former Prime Minister of Peru, resigned “once it became clear that the board had concluded its examination of the BEE transaction”. He was quoted in the article that “I thought it was my duty to stay at the board and ethics committee to see that the investigation was finalised and that the board had considered its findings. Once the board made a decision, I decided to resign irrevocably. That’s all I can say and you can draw your own conclusions.”

Jeff Kaplan writes and lectures on the duties of Boards of Directors. One of the things that he assuredly does not include is any item which says that a company should not self-report substantive allegations of FCPA violations because it would “damage the company too much.” The lesson for the compliance practitioner is that a Board has its own separate duties and burying information from such a well-respected law firm as Paul Weiss is not going to protect it going forward, particularly when the allegations reach the headlines of national newspapers. What exactly does the Board think? If we just bury our head in the sand long enough this will all go away? Or perhaps that because no final report was authorized, then the underlying facts which led to the putative recommendation will go away?

Neither the DOJ nor SEC will sit back and watch a company sustain such allegations against it without doing anything. I have heard DOJ representatives say that one of their avenues to obtain information on new claims is news reporting and this would seem to a very good case for such a scenario. After all, the Wall Street Journal first reported on the allegations of bribery and corruption against Hewlett-Packard and the next day, the DOJ and SEC announced they were investigating the company. The timeline may have been similar regarding Wal-Mart after the New York Times broke the story about allegations of bribery and corruption in the company’s Mexico subsidiary. Whatever the answer is for Gold Fields, it would certainly not appear to be positive.

Makes sense -- the ostrich is native to South Africa.