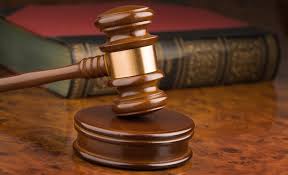 Last week was a heck of a week in the Foreign Corrupt Practices Act (FCPA) enforcement world. Both Diebold Incorporated (DBD) and the Stryker Corporation (SYK) agreed to resolutions of their outstanding FCPA violations.

The DBD resolution took the form of a Deferred Prosecution Agreement (DPA) with the Department of Justice (DOJ), along with a fine of $25.2MM, and a Corporate Monitor from the Securities and Exchange Commission (SEC) including $22.9MM in disgorgement and prejudgment interest to the SEC along with an agreed injunction to stop, once again, violating the FCPA. That’s a total fine of $48MM.

The conduct at issue was approved at the highest level of the company and involved multiple bribery schemes, in multiple countries for multiple years. The bribery box score is as follows:

SYK’s penalties were considerably less than those paid by DBD. According to the FCPA Blog, “The SEC said Stryker Corporation will pay $13.2 million to resolve FCPA violations. The bribes totaled about $2 million and were ‘incorrectly described as legitimate expenses in the company’s books and records,’ according to the SEC. Stryker will disgorge to the SEC $7.5 million and prejudgment interest of $2.28 million. It is also paying a penalty of $3.5 million.” SYK received only an Administrative Order, not even a SEC Complaint. Further, unlike DBD, SYK is not required to have a Corporate Monitor to assess its ongoing compliance efforts or its commitment to having a compliance program. The Stryker Bribery Box Score is as follows:

The FCPA Professor noted an interesting nugget from the DBD DPA, in a blog post entitled “Of Note From The Diebold Enforcement Action”, the “It is merely one paragraph in the SEC’s complaint, but it may be perhaps the most notable issue in the Diebold enforcement action (an action based primarily on excessive travel and entertainment payments by subsidiaries – the bulk of which occurred in China). Para. 28 of the SEC’s complaint states:

“Other executives at Diebold were on notice of potential corruption issues at Diebold China. In 2007, a regional government agency in China, the Chengdu Administration of Industry & Commerce (“CDAIC”), opened an investigation involving, among other issues, leisure trips and gifts Diebold China had provided to bank officials. Company executives in China and the U.S. learned of the investigation after a Diebold field office in Chengdu was raided by authorities. Executives A and B took the lead in responding to the investigation. Diebold was able to settle the matter with no corruption charges filed, by paying CDAIC an administrative penalty of 600,000 RMB (approximately $80,000) for business registration violations. Despite being on notice of potential corruption issues at Diebold China, Diebold failed to effectively investigate and remediate these problems.”

In short, the bulk of the conduct at issue in the $48 million Diebold enforcement action was previously investigated by a foreign law enforcement agency and was resolved without corruption charges.”

While I disagree that the bulk of DBD’s illegal conduct involved its Chinese operations, I do agree with the Professor that this is certainly interesting. Is this the mechanism by which the DOJ/SEC were informed about DBD’s conduct? DBD did receive a discount of -5 base points for self-disclosure, full cooperation and demonstrating responsibility for its conduct but it is not clear which, if any, of these three prongs were met. Or, indeed, all of them? Equally interesting is speculating on the level of cooperation between the Chengdu Administration of Industry and Commerce and the DOJ. Or perhaps did it go in a different direction, as the persons cited as taking the lead in responding to this Chinese investigation, Executives A & B, have something to do with resolving the matter at the relatively low cost of $80,000?

From the SYK Cease and Desist Order, there is some interesting information regarding the bribery scheme the company used in Greece. Here the company made a “sizeable and atypical donation of $197,055 to a public university…” Normally I would say that donations to public, i.e. state-owned, universities would not be subject FCPA scrutiny because they are gifts directly to a foreign government. But here the Order specifies that “The donation was made pursuant to a quid pro quo arrangement with the foreign official, pursuant to which Stryker Greece understood it would obtain and retain business…in exchange for making the donation to the foreign official’s pet project. In addition to emails attesting to this quid pro quo nature of the donation, the Order specifies that the donation was “improperly booked as legitimate marketing expense in an account entitled “Donations and Grants.””

Readers will recall the gift of $135 Million by Wynn Resorts Ltd (WYNN) to a foundation which supports the University of Macau. A Wall Street Journal (WSJ) article on this donation, entitled “Macau School Ties Roil Wynn Resorts” and was co-authored by Kate O’Keefe and Alexandra Berzon, reported the Chairman of Wynn’s Board “told analysts last month that the donation was vetted in advance by outside experts,” relative to the FCPA. The donation is apparently not for construction or other infrastructure projects but “the gift will support academic activities.” The WSJ article also reports that the Board of the University foundation includes “current and former government officials” and “a member of the committee to elect Macau’s chief executive”, who is the chancellor of the university.” The SEC opened and closed an investigation into this matter with no enforcement action.

Perhaps it is the clear email trail showing the quid pro quo for the donation but I wish there was more information about the illegal nature of the Stryker Greece donation versus the apparent non-action in the Wynn donation.

For the compliance practitioner, I think there are several clear messages that the DOJ and SEC are communicating in these two enforcement actions. From the DBD enforcement action, if your company finds itself in an investigation which becomes an enforcement action, it must take serious remediation steps during the pendency of the enforcement action. If not you will probably have a Corporate Monitor appointed. So do not wait, remediate now. From the SYK enforcement action, the SEC once again emphasized the importance of internal controls and accurately recording your expenses in your books and records. Neither of these messages are new or earth-shattering but both bear repeating and perhaps providing to your management in a teaching moment.

Miss Marple Short Stories and SEC Enforcement of the FCPA, Part I

Traffic Drives Nigerian’s Nuts, But a Trip to a Shrink May Go Too Far!