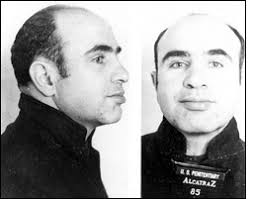 Today is the 82nd anniversary of the reporting to Alcatraz Prison of one of its most memorable residents; Al Capone. Capone was sent to prison for income tax evasion; in other words, it was a books and records violation, albeit a very, very large one. This anniversary ties nicely with a Foreign Corrupt Practices Act (FCPA) prosecution which was announced yesterday, when an indictment was unsealed in the Southern District of California deriving from the Maxwell Technologies, Inc. FCPA enforcement action. This indictment was brought through the Grand Jury against Alain Riedo, who was described as a Swiss citizen, General Manager of Maxwell Technologies SA, (the Swiss company – Maxwell SA) a wholly owned subsidiary of Maxwell Technologies, Inc. (the US parent – Maxwell). Riedo was later promoted to Senior Vice President and officer of the US parent.

One of the interesting things noted at the time of the Criminal Information and Deferred Prosecution Agreement (DPA) was the company’s extensive cooperation with the Department of Justice (DOJ). Maxwell received a -5 reduction in its overall Culpability Score for its “Voluntary Disclosure, Cooperation and Acceptance”. The clear message here was that full cooperation will bring down a company’s fine and by a very significant amount. I think that this Indictment was one of the fruits of that cooperation.

Maxwell is a manufacturer of energy storage and power delivery products. Back in January, 2011, the US parent settled with the DOJ and Securities and Exchange Commission (SEC) with fines and penalties of approximately $13.5MM and agreed to a DPA. According to the DOJ Press Release, at the time, the US parent’s wholly-owned Swiss subsidiary, engaged a Chinese agent to sell Maxwell’s products in China. From at least July 2002 through May 2009, Maxwell SA paid more than $2.5 million to its Chinese agent to secure contracts with Chinese customers, including contracts for the sale of Maxwell’s high-voltage capacitor products to state-owned manufacturers of electrical-utility infrastructure. The agent in turn used the Swiss company’s money to bribe officials at the state-owned entities in connection with the sales contracts. The Swiss company paid its Chinese agent approximately $165,000 in 2002 and increased the payments to the agent to $1.1 million in 2008. The US parent discovered the bribery scheme in late 2002 but it was allowed to continue unabated until 2009.In its books and records, the US parent mischaracterized the bribes as sales-commission expenses.

The Indictment named several participants, both individuals and organizations, which were the subject of the bribery scheme. There were two Chinese agents involved, identified as Agents 1 & 2 and there were two high rankings members of Maxwell involved. The first, Co-Conspirator A, was identified as a shareholder and senior officer of the US parent. The second, Co-Conspirator B, was identified as manager of the Swiss company. There were three Chinese state-owned entities involved, Pinggao Group Co. Ltd., Xi-an XD High Voltage Apparatus Co., Ltd.; and New Northeast Electric Shenyang HV Switchgear Co., Ltd.

The Riedo Indictment gave further detailed specifics about the bribery scheme. The Swiss company used a Chinese Agent (Agent 1) to market its products. The bribes were funded through an overbilling to the end user of 20% above the company’s actual cost. After the end-user paid the fraudulent amount, Agent 1 would then bill the Swiss company separately for the additional 20% and characterize the mark up as “extra amount”, “special arrangement” or “consulting” fee. Riedo would then either pay or direct payment, from the US, of this extra 20% to Agent 1, who would then in turn distribute this money as bribes for the securing of the contracts.

There were some priceless emails quoted in the Indictment. In an October, 2002, email Co-Conspirator B asked Riedo about the “China situation” and about “billing and accounting for the kickbacks.” In an October, 2003, email Agent 1 emailed to Co-Conspirator B about the “extra-amount payment” and said, “It is a big mistake, because it shouldn’t be regarded as money to be owned by [the customer] officially, but privately and confidentially. It may cause [a] serious problem to the current managers.” And my personal favorites, two emails in November, 2002. The first is an email from a US parent employee to Co-Conspirator A that said the “extra-amount payment appeared to be “a kick-back, pay-off, bribe, whatever you want to call it, given that we cannot obtain an invoice or other document that identifies what the payment is for””. The second email was a response from Co-Conspirator A “that no further emails were to be written about the topic.”

I was very gratified to see that the Indictment included ‘box scores’ tying the individual counts against Riedo to jurisdictional basis of the FCPA and counts tying Riedo to specific falsified records. There were emails sent to and from the US regarding the release of funds for the payment of bribes and emails sent to and from the US attaching falsely recorded documents. The second box score identified the books and records violations by tying the false documents to specific counts in the Indictment.

This Indictment brought against Alain Riedo continues the 2013 trend of FCPA prosecutions against individuals. While the GlaxoSmithKline PLC (GSK) enforcement action in China may portend greater international anti-corruption efforts, I think that for the FCPA world, 2013 may well still go down as the year of the individual. And, from reading Riedo’s Indictment, there may well be others who are very close to the same situation.

Distributors under the FCPA