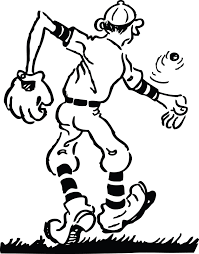 Ed. Note-in light of Avon’s recent disclosures regarding its negotiations to resolve its outstanding FCPA issues, I thought about what a shareholder might say to the Board. Today’s post are those musings…

Memo: The Board of Directors of Avon

Re: Negotiating with the SEC and DOJ in Public

Last June I wanted to thank you for communicating so fully with myself and the rest of our shareholding group about your negotiations with the Department of Justice (DOJ) and Securities and Exchange Commission (SEC) over your ongoing Foreign Corrupt Practices Act (FCPA) investigation and what, about now, appears to be leaning towards an enforcement action. I was pleased when it was reported in the FCPA Blog that you low-balled the SEC with your opening offer of $12MM, particularly since our legal and related expenses for the investigation to-date are reported to be in the range of $300MM. You really showed those regulators that you mean to play hard ball and not take anything from them. I had thought that your public posturing would force the SEC and DOJ to come down to your way of thinking.

However, I was a tad dismayed last week when it was reported in another post in the FCPA Blog that you said in an SEC filing this past Thursday that the “Securities and Exchange Commission offered an FCPA settlement last month with monetary penalties that were ‘significantly greater’ than the $12 million the company had offered.” Nevertheless, there was no information as to what the SEC may have offered in a counter proposal to your low ball offer? Do you think it is possible that if you started with such a low ball offer and tried to embarrass the government by making your low ball offer public, this might have caused the regulators to counter-propose a correspondingly high demand in negotiations? Well, I know you have some very good lawyers so I am sure that you considered all of this but did it work out like you planned? I and other inquiring shareholders would like to know.

I understand that this investigation has gone on since 2008 and the company is tired of the legal fees piling up and up. As a shareholder I am certainly tired of this as well, particularly in light of the reported cost of the investigation and related costs in the range of $300MM. Of course I was equally disappointed when the FCPA Blog also noted that “The Wall Street Journal reported in February 2012 that the DOJ had gone to a grand jury with evidence of FCPA violations against U.S. executives at Avon.” As I understand FCPA enforcement, it is the DOJ which enforces the criminal aspects of the FCPA while the SEC enforces things on the civil side. However, I was heartened when you publicly announced in the filing that “Monetary penalties at the level proposed by the SEC staff are not warranted.” That certainly was great information to put out to the public enforcing that you are taking a hardball approach with the SEC and telling them their fines and penalties are not deserved for a company which has gone through all Avon has during this FCPA journey.

But, I have to admit, I have wondered what you hoped to achieve by publicly chastising the SEC and perhaps the DOJ as well. I am sure that you are aware, as was reported in Barrons’ Stocks to Watch blog that “Avon’s (AVP) shares have plunged 20% since the multi-level marketer announced that the government was seeking a much larger-than-expected fine for violating the Foreign Corrupt Practices Act.” If the stock has many more of these 20% drops, how much shareholder value will be left?

The FCPA Blog reported that in the filing last week, you reported, “The DOJ may also seek higher penalties, Avon said, in which case its earnings, cash flow, and ongoing business could be ‘materially adversely impacted.’” Is this adverse impact above and beyond the $300MM in costs, depressed stock price and institutional reputation deflation? Or are we looking at more bad news?

I was somewhat buoyed when the Stocks to Watch piece reported that Morgan Stanley’s Dara Mohsenian, and team, said “For short-term oriented clients, we believe FCPA concerns are over-blown, as our estimated ~$750M market cap impact stemming from FCPA concerns, implies Avon would receive the second largest FCPA fine in history. We view this as unlikely given Avon is a direct seller, and not directly involved in government contract bids, which was the case at each of the top ten historical FCPA fines. In addition, AVP FCPA risk is more pronounced in China around the granting of direct selling licensees; however, Avon’s low China profitability limits the risk of China profit disgorgement.” I guess Mohsenian may not understand that bribing Chinese government officials is bad even if Avon is not a ‘direct seller’ but I will leave that to them. It also gave me pause to wonder if there were other countries where Avon engaged in conduct which violated the FCPA. If so, you certainly have not advised us shareholders of that fact. It might have been relevant to my decision to buy, sell or hold Avon stock, don’t you think?

Since it is not clear from your filings, how did you come up with this $750MM figure? Does that include fines and penalties from both the SEC and DOJ? Do you really think that Avon will set the US company standard for FCPA fines and penalties? If so, the company’s conduct must be much worse than you have disclosed to us shareholders over the past 5 years the investigation has been ongoing. I had thought the US Sentencing Guidelines suggested that companies which engaged in substantive and ongoing remediation would receive credit for those actions. Surely you have created the ‘best in class’ compliance program with the $300MM you have spent?

But don’t worry; if one thing has been made clear since 2008, you sure know what you are doing. Keep up the good work and you don’t have to worry about me joining any shareholder lawsuit against the company for engaging in bribery and corruption…

Hi Tom - WOW, I just read todays post. It's really cogent, powerful and timely. I think the tone is appropriate to the situation. Avon should let you guide them back to the real world and to more ethical directions especially now. As an in-house lawyer, I had a saying, Don't defend a mistake, it just makes it all worse. Best, mike