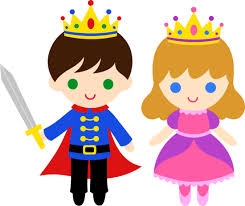 There was an excellent article this weekend in the Financial Times (FT), entitled “Finance: Plugged Into the Party”, where reporters Henry Sender and Tom Mitchell explored the hiring of sons and daughters of Chinese government officials, in what now might be called the ‘Era of the Prince-lings’. However, it appears that this era is closing when they noted, “amid a US regulatory probe and a new political climate in China, the era is coming to an end.” The article detailed how the practice of hiring the sons and daughters of high government officials began in the early 1990s. The practice seems have begun with the hiring of the first princess-ling – Margaret Ren, the daughter-in-law of a former Chinese Premier.

Given this long standing practice I wondered how it might be viewed under the Foreign Corrupt Practices Act (FCPA). In last year’s FCPA Guidance, it related that to violate the FCPA, an offer, promise, or authorization of a payment, or a payment, to a government official must be made “corruptly.” As Congress noted when adopting the FCPA, the word “corruptly” means an intent or desire to wrongfully influence the recipient:

In order for a corporation to be criminally liable under the FCPA, it must be found to have acted corruptly. The word “corruptly” is used in order to make clear that the offer, payment, promise, or gift, must be intended to induce the recipient to misuse his official position; for example, wrongfully to direct business to the payor or his client, to obtain preferential legislation or regulations, or to induce a foreign official to fail to perform an official function.

The Guidance goes on to relate that the FCPA focuses on intent, so that it does not require that a corrupt act succeed in its purpose. Further, a foreign official need not solicit, accept or indeed receive a bribe for the FCPA to be violated. The Guidance points to the Innospec enforcement action in which “a specialty chemical company promised Iraqi government officials approximately $850,000 in bribes for an upcoming contract. Although the company did not, in the end, make the payment (the scheme was thwarted by the U.S. government’s investigation), the company still violated the FCPA and was held accountable.” Further, this is why “Regardless of size, for a gift or other payment to violate the statute, the payor must have corrupt intent—that is, the intent to improperly influence the government official. The corrupt intent requirement protects companies that engage in the ordinary and legitimate promotion of their businesses while targeting conduct that seeks to improperly induce officials into misusing their positions.”

But, beyond corruptly, for an individual to be criminally liable under the FCPA, that person must act ‘willfully’. The Guidance notes that the FCPA does not define ‘willfully’ but the Guidance points to its construction by federal court decisions. Indeed in US v. Kay, the US Supreme Court upheld jury instructions stated that willfully is “knowledge that [a defendant] was doing a ‘bad’ act under the general rules of law” thereby connoting a willful act is one which is committed both voluntarily and purposefully, and with a bad purpose in mind. The Guidance went on to cite the US Supreme Court in Bryan v. United States, for the proposition that “[a]s a general matter, when used in the criminal context, a ‘willful’ act is one undertaken with a ‘bad purpose.’ In other words, in order to establish a ‘willful’ violation of a statute, ‘the Government must prove that the defendant acted with knowledge that his conduct was unlawful.’”

So what if we look at JP Morgan Chase under the above. The FT article reports that the Securities and Exchange Commission (SEC) is looking into whether the Bank hired the sons of two government officials to “get lucrative mandates from the Chinese Ministry of Railways and Everbright Bank.” Further, this investigation has “turned up internal documents linking hires to mandates JPMorgan was trying to win, raising questions about whether the recruits were signed up on merit or purely for their pedigree”.

The article goes on to note that that any possible enforcement actions for such Princeling hiring’s could well be complicated by the fact that “many of the princelings can boast impressive qualifications, such as an Ivy League education.” They can also be “highly experienced, highly qualified people in their own right.” Even if these people were well-connect in mainland China and this is one of the reasons they were hired does this rise to the level of “The word “corruptly” is used in order to make clear that the offer, payment, promise, or gift, must be intended to induce the recipient to misuse his official position”. Further, what if there is some type of mixed motive but no outward indicia of corruption; is that sufficient to bring a FCPA violation?

I do not pretend to have any insight into how the JPMorgan Chase investigation will turn out. Last week, it JPMorgan Chase indicated that the dreaded ‘Where Else’ question of FCPA investigations had been asked when it revealed that the original investigation in hiring practices had expanded into other countries. However, I believe that simply the hiring of the sons and daughters of government officials does not violate the FCPA. There still must be corrupt intent. To overcome any such suspicion, I think the key is to ‘Document, Document, and Document’ your hiring practices to demonstrate that any family members of government officials are qualified for any position that you might offer them and they went through the same hiring process as all other candidates.

How Do You Evaluate a Risk Assessment?

Day 14 of One Month to Better Investigations and Reporting-Miranda and Internal Investigations: What Rights Does an Employee Retain?

Compliance into the Weeds-Episode 51, the PCAOB and Compliance

Everything Compliance-Episode 20, Live from SCCE