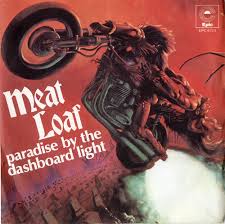 This past weekend I caught Meatloaf on tour. To say he can still rock would be putting it mildly. His career has been long and varied, including stints in the cast of the Broadway production of Hair and, of course, as Eddie in the Rocky Horror Picture Show. But, as a college senior in 1978, it was the album Bat Out of Hell and the song Paradise by the Dashboard Light that is the Meatloaf standard which I will always remember him for. At his performance this past Saturday, he belted “Paradise” out and the version, of course, included the Phil Rizzuto narrated baseball montage as the singer moves from first base to second base to third base and then home (or not).

Meatloaf’s standard Paradise by the Dashboard Light, is the lead in for today’s blog post (the ‘automotive’ focus of the song and not the ‘paradise’ focus for the less prurient among you.) I still think that one of the most significant Foreign Corrupt Practices Act (FCPA) enforcement matters over the past couple of years was the Morgan Stanley Declination to Prosecute. In this Declination the Department of Justice (DOJ) listed a variety of factors which led to its decision not to prosecute the company for the FCPA violations of its Managing Director Garth Peterson. Although all of the factors were clearly important in the DOJ’s calculus, one which has stuck with me is the 35 separate compliance reminders that Peterson received over the seven years in question. That is five reminders a year. I do not think that such a number of reminders will induce compliance fatigue.

I thought about those compliance reminders when I saw a demonstration at the recent SCCE 2013 Compliance and Ethics Institute by Farzad Barkhordari, President, Chief Executive Officer (CEO) and Founder of Click4Compliance, a company which provides compliance training. Barkhordari explained that for a compliance message to be effective it has to be repeated. To do so, without inducing compliance fatigue, his company created “Compliance Tune-Ups”, which he said can offer a company the ability to provide its employees short, from 30 seconds to a few minutes, entertaining communications, games, cartoons and vignettes based on real life situations. Further, the way that his company has designed the Compliance Tune-Ups so that they are engaging and can provide dynamic awareness solutions that draw a viewer’s attention with relevant scenarios, vignettes and games that employees actually enjoy. They can also provide an alternative approach to everyday communications to engage your employees and remind them of ethical and compliance issues with continuous, consistent messaging.

Each tune can have a message such as the following:

These Compliance Tune-Ups also have the benefit of providing an audit trail for those who have viewed them and can provide to you the information for those who have not. In any FCPA investigation, your documentation is going to be critical, that includes who receives compliance reminders. Last week Mike Volkov, in a blog post entitled “Documentation as a Compliance Principle”, said that companies should review their compliance programs from top to bottom and ask themselves where can a documentation requirement be built in to record the steps taken to ensure compliance? He provided some examples of areas where documentation is critical, which included the following:

(2)   Important compliance decisions based on factual reviews such as due diligence of a third-party or a potential acquisition, the results of the due diligence and the actions taken during a due diligence review, as well as the ultimate approval, the basis for the approval and the information on which the company relied to support the approval;

(3)   Risk assessments and risk ranking decisions which are used to assign compliance responses such as type and amount of compliance and financial audits or other monitoring techniques; and

(4)   Allocation of compliance resources among competing projects or programs in a compliance program and the reasons for the assignment of such resources.

All of the points which Volkov raises about documentation in a compliance practice were driven home over the past week with the JP Morgan Chase disclosure that JP Morgan has released in a securities filing that “its business relationships with certain related clients in the Asia Pacific region and its engagement of consultants in the Asia Pacific region.” As reported in a New York Times (NYT) article, entitled “U.S. Inquiry Broadens Into Bank’s Asia Hiring”, “government authorities are examining JPMorgan’s hiring practices throughout Asia, focusing on South Korea, Singapore and India. That scrutiny comes after JPMorgan itself flagged those countries for further review, the people said.” In addition to possible FCPA issues, the NYT article reported that Hong Kong and British authorities “are also investigating the bank’s hiring practices.” In a Wall Street Journal (WSJ), entitled “Probe Expands Into J.P. Morgan Hiring”, Dan Fitzpatrick reported that the Securities and Exchange Commission (SEC) has issued subpoenas to JP Morgan Chase for not only the ‘Sons & Daughters’ hiring program but also “the use of certain consultants in the Asian-Pacific region.”

Both Volkov and I have previously written about the ‘Sons & Daughters’ hiring program and the need for documentation of your decision making calculus in this difficult area under the FCPA regarding the hiring of family members of foreign government officials. Volkov has laid out some of the questions you should consider when you are making such decisions. I have added that it is important that you document your decision based upon an evaluation of all the factors before you hire. One of the clear insights from last year’s FCPA Guidance was that if a compliance program or issue is reasoned and well thought-out the DOJ will consider it more favorably. That sounds like using something like Volkov’s inquiries and my mantra of Document, Document, and Document in your hiring program. The Click 4 Compliance Compliance Tune-Ups are one way to provide updated and relevant compliance reminders in a way which can be documented.

For a YouTube video version of the classic performance of Paradise By the Dashboard Light, click here.

Good-Bye to Captain Hocken and Scaling Up Your Compliance Program

Sherlock Holmes Week – Part I: The Red Circle and Communication

Farewell to George Andrie, Winning the Big One and Your Compliance Customers